It is in the very nature of year ends that they tend to cause one to reflect.

And so in the coming days, while we enjoy a barely deserved but jealously guarded week or two offline, we will present a reflective pictorial review of 2013.

2013 was a weird old year, and while it’s fair to say that we’ve certainly had better, it did contain a few moments that reminded us why we do this. And made us grateful that we can.

And no we’re not talking about the Prada croissants at the Knoll show during Milan design week or Damian Fopp’s olive bowl in the shape of Celine Dion’s swimming pool.

But perhaps the most important seasonal tiding received from compiling the review has been that 2014 looks like being a much better year, with the promise of some genuine highlights, and that 2013 was, in retrospect, largely about preparing the ground for what is to come.

And that genuinely excites us.

And so without further ado, and as is traditional at this time of year, a photo of well-dressed young man looking into a shipping container…… 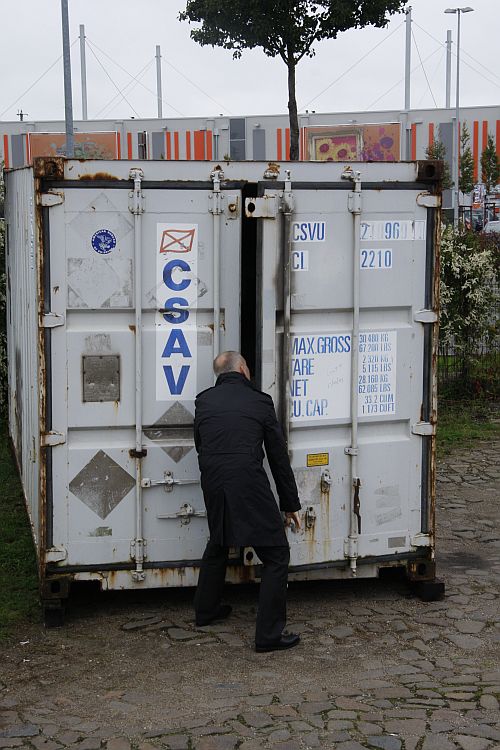