As previously opined in these dispatches, as long as humans have lived in shelters consideration has been given to the interior design of those shelters, considerations which, arguably, at least in a European context, became increasingly involved in the wake of the Renaissance and became increasingly professionalised with the development of what became Art Nouveau in the late 19th century and its associated Gesamtkunstwerk fixated architects. And considerations not only of an aesthetic and/or practical nature but also related to and informed by evolving social, cultural, political, technical, economic et al realities.

And considerations the Vitra Design Museum aim to follow, chart and dissect over the course of the century past and as elucidated through twenty case studies.

Followed, charted and dissected in reverse, if we’ve understood the information correctly, starting from the 2000 – Today and as exemplified by projects such as Granby Four Streets Community Housing in Liverpool by and with the Assemble collective or Madrid based Elii architects 2017 Yojigen Poketto, before moving backwards in three double decade steps: 1960–1980, with its Postmodernists, Radicalists, Plasticists, Fantasists, but also Andy Warhol’s Silver Factory loft space in New York; 1940 – 1960, the war years and questions of how to move forward, and as exemplified by, and amongst other proposals, Peter and Alison Smithson’s “House of the Future”, Finn Juhl’s own house in Ordrup or Lina Bo Bardi’s Casa de Vidro; and ending at the beginning of the title’s century with 1920 – 1940, and a period to be discussed through the likes of Das Neue Frankfurt project, Mies van der Rohe’s Villa Tugendhat or Elsie de Wolfe’s 1913 book “The House in Good Taste”

Which, yes, does mean the years 1980 – 2000 don’t appear to be included. Why? We no know, but suspect it may have something to do with the ginormous pink elephant that appears to be taking up residence in rooms of the Vitra Design Museum parallel to the exhibition……

And regardless of such considerations/omissions/elephants, with its wide range of projects and for all wide range of social, cultural, political, technical, economic et al but also aesthetic and practical considerations inherent within and which underscore and define the selected projects, Home Stories should allow for not only a probable and thought-provoking journey through a century of interior design, and indeed a century of evolving humanity, but for reflections on how the century past could/should/will develop. 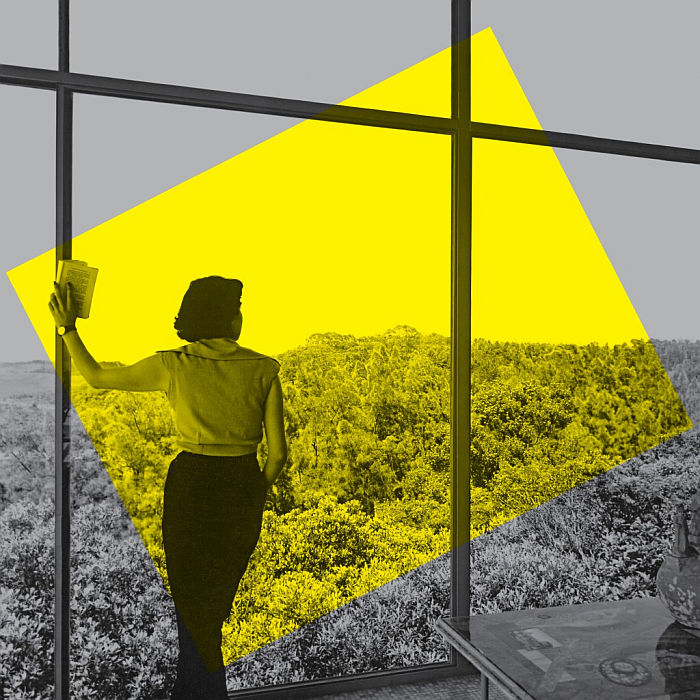 “The Sculptor and the Ashtray” at the Isamu Noguchi Foundation and Garden Museum, New York, New York, USA

Back in 2018 at the re-opening of the Museum für Gestaltung Zürich, one of the things that struck us most clearly in the new permanent exhibition was the regular integration of ashtrays in early 20th century furniture design. And which in turn reminded us of the cigarette holders Ferdinand Kramer created as part of his interior for Frankfurt University. And the fact that in neigh-on every photo we know of George Nelson, he’s smoking. And that Nelson isn’t the only early 20th century designer or architect with a penchant for smoking, almost all were, as far as we can ascertain, permanently puffing away.

And thus unequivocally reminded us that smoking used to be a completely normal, unquestioned, more or less encouraged, component of everyday life.

And the ashtray a commonplace object. And thus a subject for designers.

Based around an unpublished Architectural Forum article from ca. 1944 by Mary Mix entitled “The Sculptor and the Ashtray”, The Sculptor and the Ashtray promises to explore Isamu Noguchi’s attempts to develop the perfect ashtray, and which in doing so promises to allow for some very concentrated, focussed, abstract and thus, hopefully, novel insights into not only Noguchi’s design processes but for all Noguchi’s understandings of the relationship between sculpture and design, between craft and industry, between art and life, and thus help broaden our understandings of Isamu Noguchi’s contribution to the development of design understandings in the 20th century. 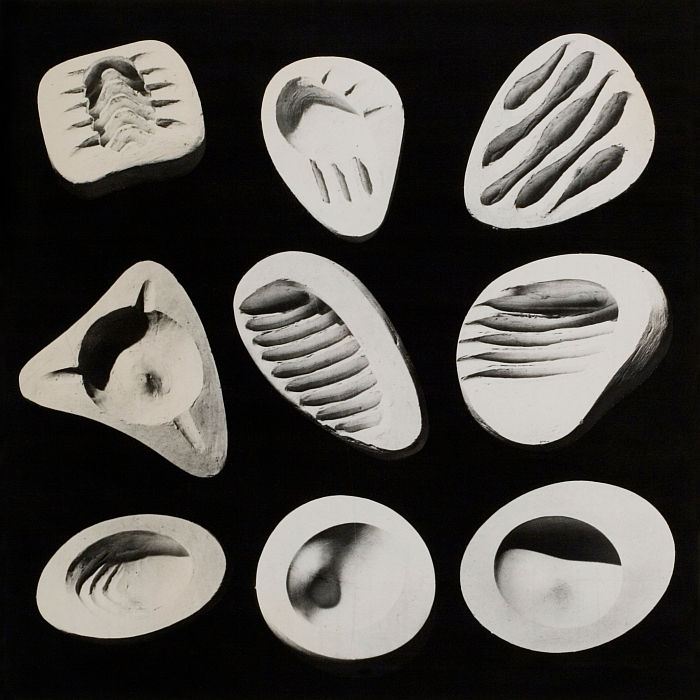 Through works such as the Miller House in Palm Springs or the Ohara House and the Mcintosh House in Silver Lake, the architect Richard Neutra has in many ways come to symbolise and epitomise an open, spatial genre of housing, one which invites the exterior into the interior as much as setting the interior into the exterior, and one very specific to California. So much so one assumes Richard Neutra must have been born and raised in California.

And not in Vienna, where he was acquainted with the likes Adolf Loos, Karl Mayreder or Sigmund Freud. Nor that his first project was a cemetery in Luckenwalde, (not that) near Berlin. But it was. And he was.

Fifty years after Neutra’s death the Wien Museum are staging a two-fold celebration of his life and work: one through new photos of some of his Californian houses, and two through reflections on his associations with his native Vienna. And which in doing so sounds like providing for an excellent introduction to Richard Neutra, his work, and for all his theories and positions, his ideas on space, construction and the relationship of architecture to user, of architecture to its surroundings. And which thus should help not only help underscore that however photogenic his Californian houses are, they are so much more, but also help elucidate how understandings of architecture that developed in early 20th century Vienna and Luckenwalde found such a natural expression in the Hollywood Hills and Californian desert. 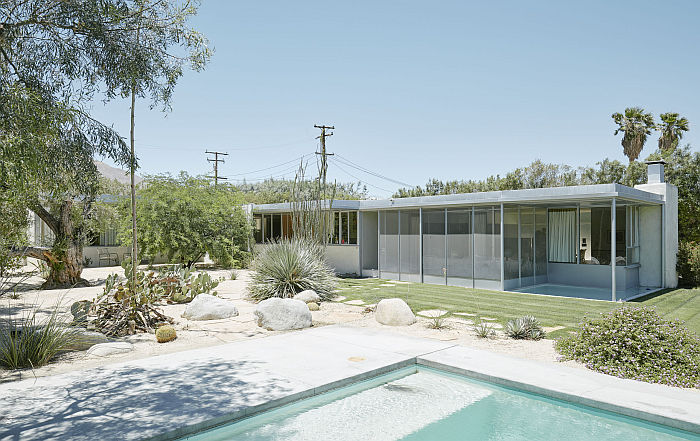 As the post-War reconstructions and economic booms of the 1950s saw a sense of stability, calm, spread over Europe, it was somehow inevitable that a new generation of creatives should question the basis of that stability and the future directions society could, should, must, take.

Promising a presentation of some 70 examples of furniture design, lighting design, architectural models and paintings from individuals and collectives such as, and amongst many, many others, Archizoom, Superstudio, Alessandro Mendini, Ettore Sottsass, Gae Aulenti or Mario Bellini, Radical: Italian Design 1965–1985 may be a relatively succinct showcase but one which promises to provide for a very fulsome introduction to and deepening of understandings of a very important, and expressive, moment in the (hi)story of architecture and design.

As discussed from the exhibition Tod & Ritual – Kulturen von Abschied und Erinnerung at the Staatliches Museum für Archäologie Chemnitz, whereas death used to be an accepted, normal, part of daily life, in our contemporary world, and certainly in a European context, we have a much less open approach to death, a much more distant relationship to death. But we are all going to die.

With (Re)design Death the Cube design museum promise an exploration of contemporary and future relationships to death in three chapters, chapters analogous to what the curators cheerfully refer to as the “process of dying” – Preparation, Saying Farewell, Mourning & Life after Death – and as reflected in and through projects by some 40 international creatives.

However, and much as in many ancient civilisations death wasn’t necessarily the end, so persists in our contemporary civilisation the question of eternal life. A question which is increasingly becoming less philosophical and increasingly possible. Reflecting this increasing possibility, (Re)design Death will end, if that is the correct, most appropriate, phrase, with the chapter Do we want to live forever? and the results of a design competition in which young designers were asked to develop a project that elicits thoughts and reflections on eternal life; the three wining projects being realised and presented. And thus an exhibition concept which aside from promising a wide selection of contemporary design understandings, should allow space and time for reflections on less the meaning of life as the meaning of death. 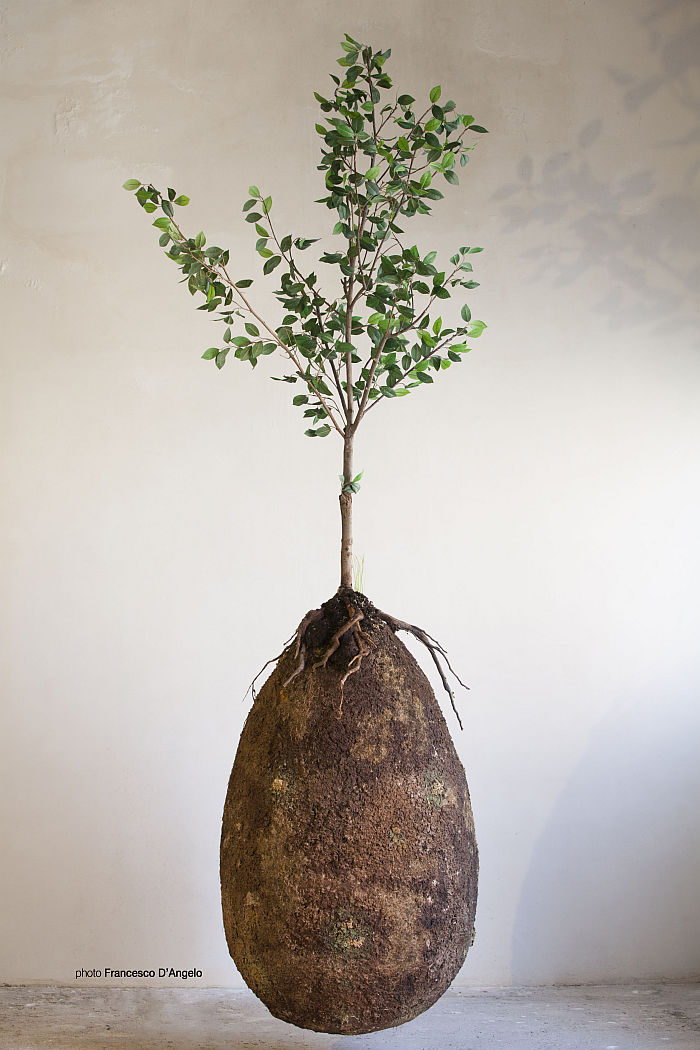