One of the joys of being involved in the designer furniture industry is that every now and again one is allowed to share ones enthusiasm and passion with others.

We believe that in more vulgar industries such is known as selling.
And so it came to pass that last week the boys and girls from uniturm.de visited smow.com to test out a few chairs. 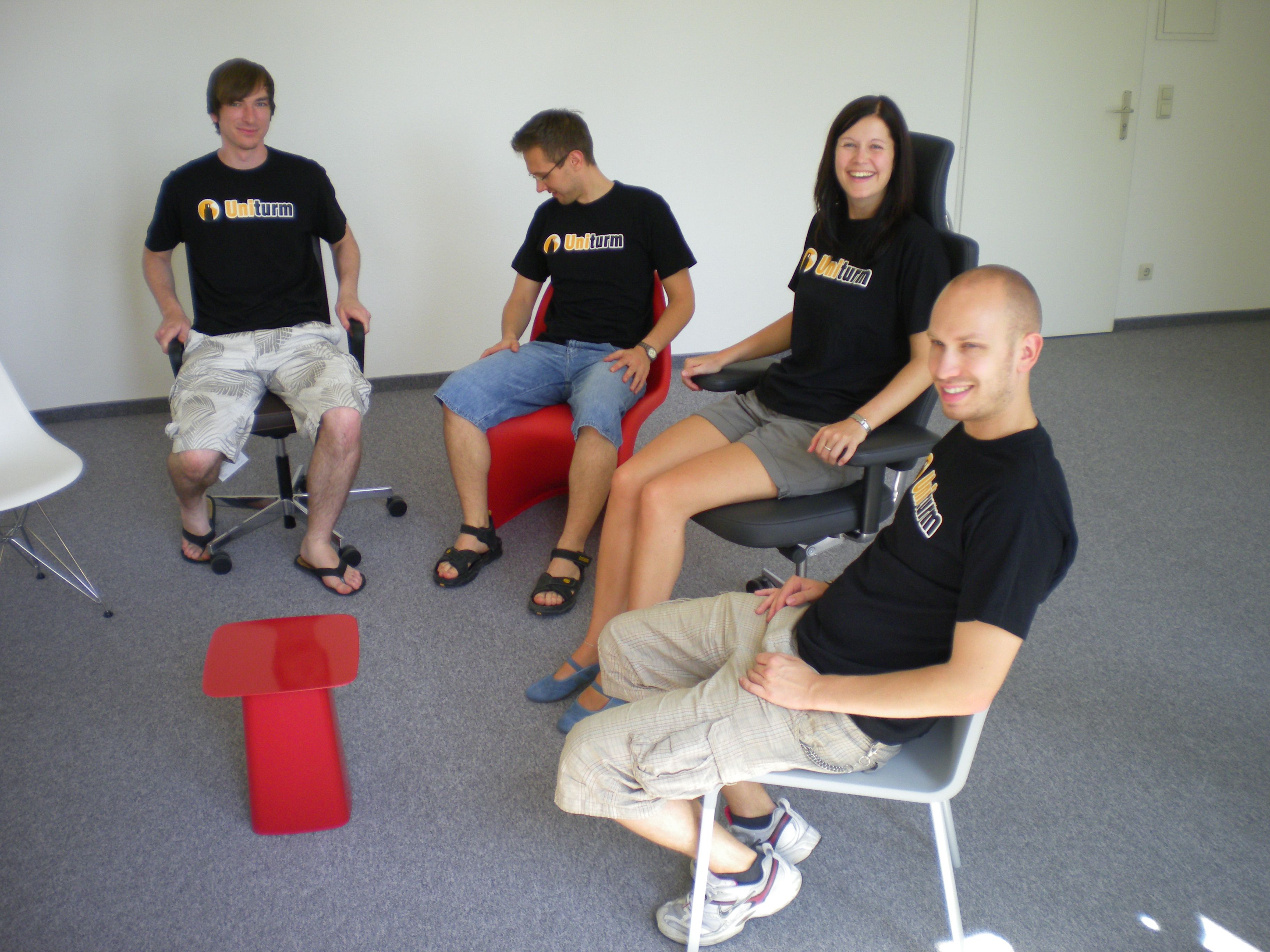 Jo,Alex, Jule and Dirk from uniturm.de Happy and friendly folks.

The smow.com testing lounge may not be as luxurious as those on offer in the two (smow)shops in Leipzig and Chemnitz but it does offer a pleasant and relaxing testing location.
And of course your (smow)blog team was also present to record the occasion.

As Germany’s largest online student knowledge exchange platform, the team behind uniturm.de spend a lot of their time sitting at their computers.

However, as all who specialise in helping students with the preparation for exams know, a little relaxation is also important.

And so for uniturm.de a selection of chairs was arranged that could fit their varied needs: a Vegetal by Ronan and Erwan Bouroullec, a Eames DSR by Charles and Ray Eames,  a .07 and .03 by Maarten Van Severen,  a Panton Chair from Verner Panton and a Headline Management Chair by Mario & Claudio Bellini. 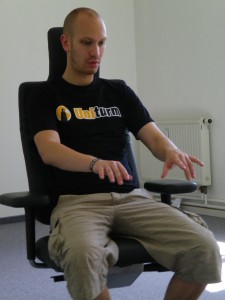 The undoubted star attraction of the afternoon was the Headline Management Chair from Vitra – hardly surprising given it’s ingenious ergonomics and for all the fact that even in a reclined position your line of vision remains horizontal and so optimal for viewing your monitor.

If you dont’ believe us, look at your monitor, lean back in your chair – without moving your head – and tell us how your ceiling looks. The effort and strain required to move your head so that you can look at your monitor is a badly negelected area of office chair design; something the Headline corrects to the benefit of your neck and shoulders.

Just as with the users of their online exchange portal, the uniturm.de team spent most of the session exchanging notes and discussing the topics raised by the session. 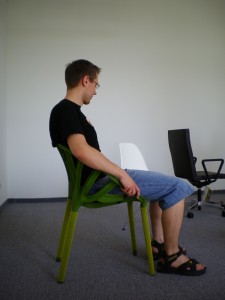 Alexander Reschke from uniturm.de tests a Vegetal from Vitra

Another chair that found a definite positive resonance was the Bouroullec brothers Vegetal – and for all the realisation that is a lot more comfortable, and for all not so hard, as it looks. Similarly the .03 by Maarten Van Seeveren for Vitra was also positively rated on account of its comfort and tactual charms.

In addition to the chairs uniturm.de also had the chance to test a Metal Side Table by Ronan and Erwan Bouroullec for Vitra. It may not be as large as the uniturm.de uniturms in Berlin, Frankfurt, Cologne or Munich; however, thanks to the harmony of the dimensions and the attractive formal contrast between slender table tops and voluminous, socle-like legs, it makes an attractive addition to any room, and as such is perfect for exchanging lecture notes or discussing upcoming exam topics.

Following a sociable round of coffee and cake the test sitting was ended and while the team from uniturm.de returned to their office we remained and spent a satifysing hour photographing the Panton Chair.

As we say, it’s passion this designer furniture business. 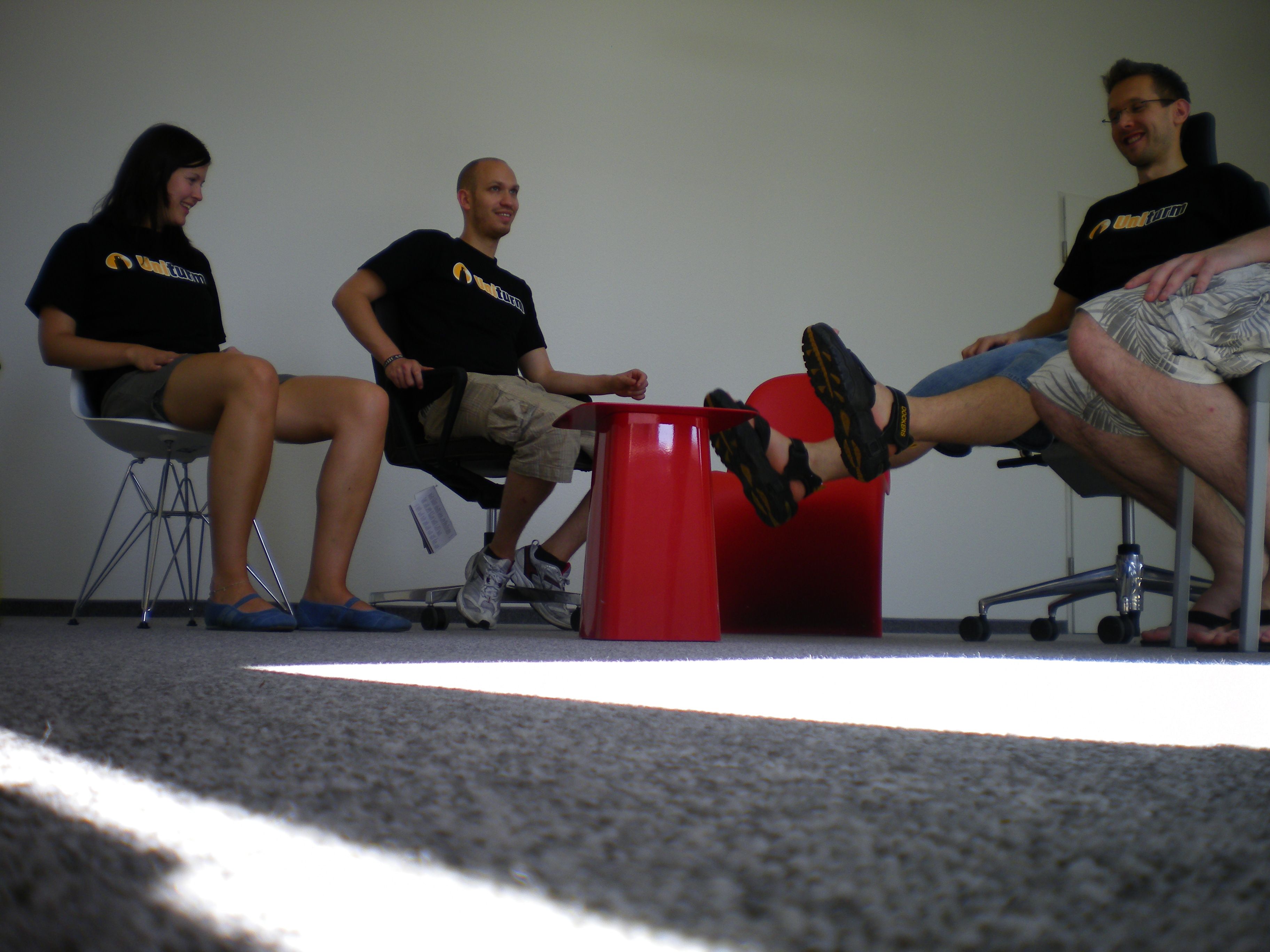 In trying to put his feet on the table the boss sets a bad example. 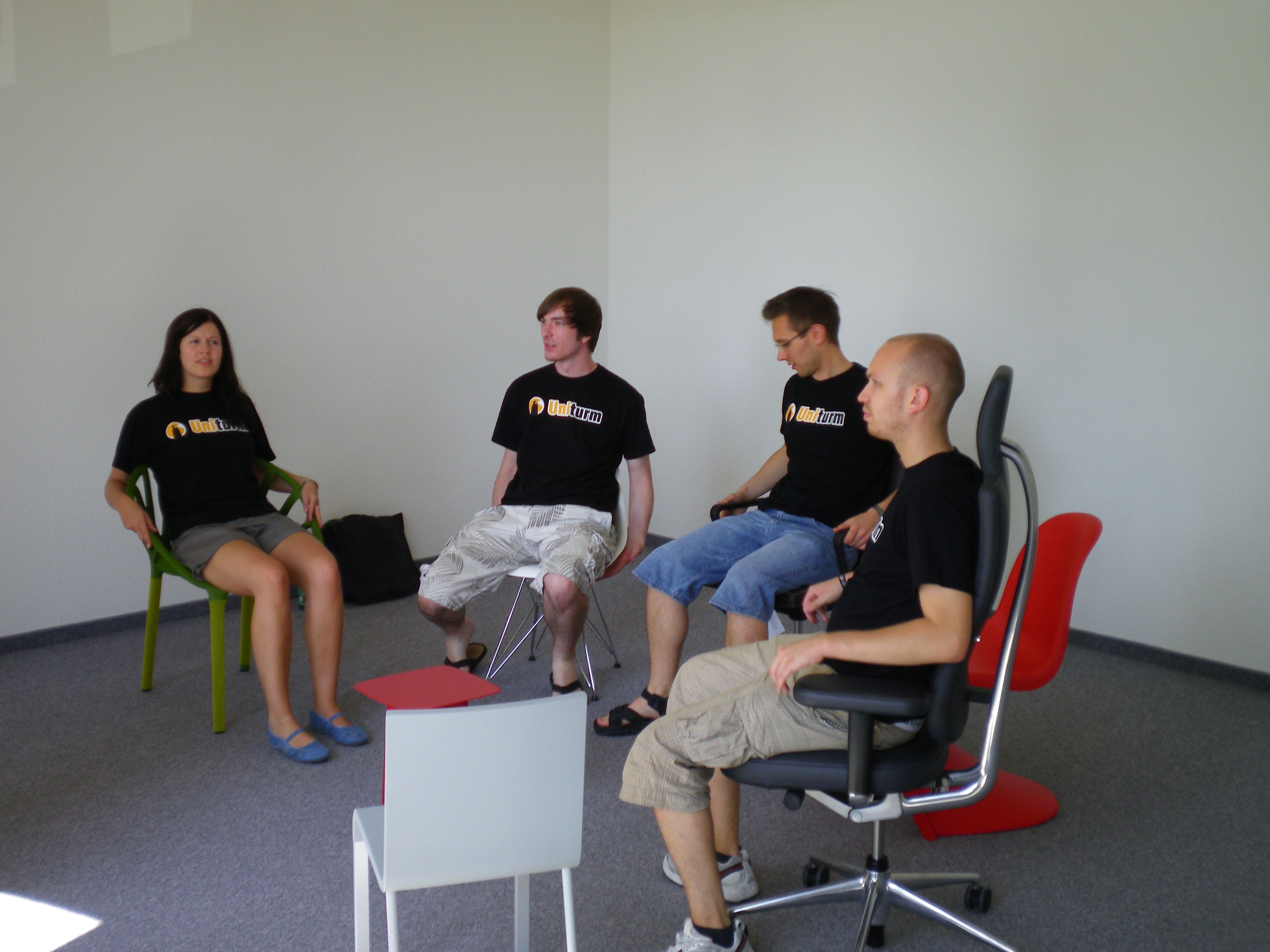 uniturm.de and the search for the perfect designer furniture