Back in February the VitraHaus in Weil am Rhein celebrated its first birthday.

But was it all worth it?

To find out more we spoke to Vitra Chief Design Officer Eckart Maise about one year VitraHaus and the plans for the future.

(smow)blog: The VitraHaus is now one year old, are you satisfied with the first year?

Eckart Maise: Yes, the VitraHaus has been a huge success and the resonance has been very positive both in respect of the number of visitors as well as the feedback. The Vitra Campus visitor numbers, for example, have tripled in comparison to before the opening of the VitraHaus. We had over 350,000 visitors last year which vastly exceeded our expectations. We had expected an increase but not such an increase.

(smow)blog: And has awareness of the Vitra brand also increased?

Eckart Maise: Yes, definitely. One can measure it, for example, in terms of the number of press articles about the VitraHaus. I’ve been with Vitra for 16 years and the VitraHaus is the first new building on the Vitra Campus in that time, and one sees that the press coverage is of a completely different dimension than that when launching a new product.

(smow)blog: Turning to the VitraHaus itself, in how far are the Vitra furniture designers involved in the interior design decisions?

Eckart Maise: Principally the interior design is organised by our in-house team of designers and stylists. Occasionally the furniture designers are involved where there is a product focus. For example at the moment the Suita sofa display. We discussed that with Antonio Citterio in advance, gathered his feedback and then optimised a few points. But also many of the designers are in regular contact with our in-house interior designers and so there is always an exchange of ideas.

(smow)blog: One notices in the VitraHaus that there are various products from, let’s say, non-Vitra designers. The example that always catches our attention is Spin from Tom Dixon…

Eckart Maise: …yes that’s a deliberate feature from us. For us the Collage is the domestic furnishing strategy that best correlates to our way of thinking. That is to say the quality of an interior comes from variety, also variety in the origins of the individual pieces, and that a pure “Vitra interior” isn’t necessarily the best. And so here in the VitraHaus we have lighting, accessories, textiles etc from other producers that compliment the Vitra products.

(smow)blog: And so can also we expect that in the future part of the VitraHaus will be given over to individual designers to create a space?

Eckart Maise: Yes, Yes, we are planning such and that was indeed planned from the very beginning, but until now not realised. What we don’t want to be is a museum where we say here is a Bouroullec exhibition, or here is a Citterio exhibition. But naturally one can ask those designers who are actively involved with interiors, for example the Bouroullecs, to create a space with the condition that it shouldn’t be a monograph of their work but rather a collage with products from other Vitra designers.

(smow)blog: So, for example, here is an example of how you could organise a 20 sqm loft space…

Eckart Maise:.. exactly. There are various options and we hope to start in the coming months.

(smow)blog: A further extension of the Vitra Campus is the Vitra Atelier. At the moment one can watch how an Eames Lounge Chair is constructed, do you plan to extend the concept?

Eckart Maise: In principle it is a flexible concept, but at the moment it will remain limited to the Lounge Chair. What’s important for us is that customers can see the handcraft involved in the product and that they are made here in Weil am Rhein and not in China or wherever. Also customers have the option to watch how their own Lounge Chair is constructed. They can for example come to the VitraHaus in the morning, place and order, watch how it is constructed and then take it home in the afternoon. The Eames Lounge Chair is probably one of those furniture objects to which owners have the most emotional connection, and which plays a central role in the owners home, and so for us it is the perfect object for the Vitra Atelier. 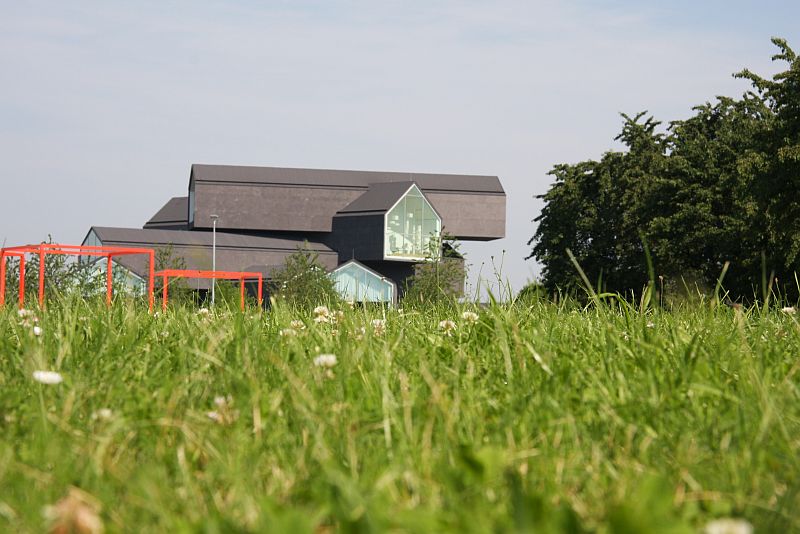 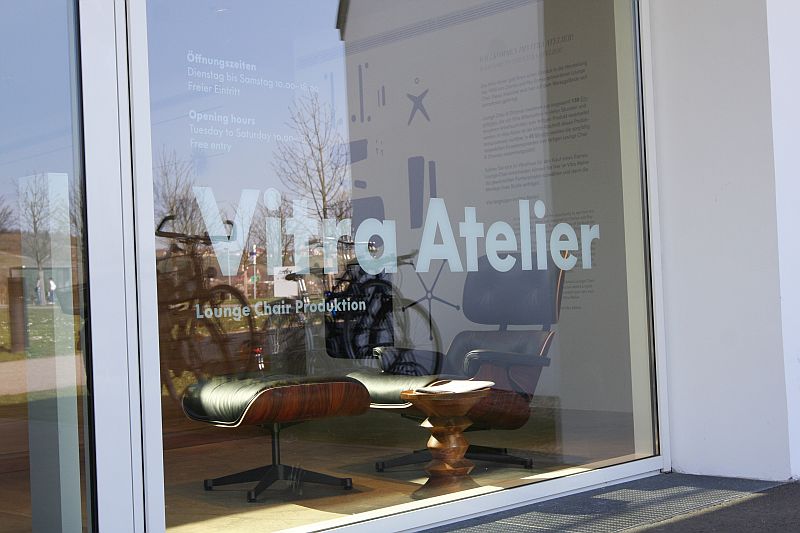