For us the passion, indeed interest, for living in a shared flat ended approximately 18 months before we moved out of our last shared flat.
It ceased to be our thing. We needed our peace. We needed our space. We became anti-social.

Some people however remain sociable. Even professionally. Some such as the design studios Daphna Laurens, Studio Mieke Meijer, OS ∆ OOS, Studio Maatwerk and Bogaerts Label who since summer 2014 have shared a space in the so-called TAB Building, somewhat inevitably a former Philips building on a former Philips estate.

Just to be clear the five share a space and occasionally tools, insights and coffee. TAB Studios is the building not a company. Each of the five has their own office, their own projects and their own priorities.

For Dutch Design Week the five studios opened their doors, or at least some of them, and presented a selection of current and older works.

Aside from a chance to revisit projects such as the OS ∆ OOS’ Mono-lights project as premièred at the Dutch Invertuals – Happy Future showcase during Milan 2014, Daphna Laurens still inspiringly titled Chair 01 and Stool 01 from their Vienna Design Week Passionswege project with Wittmann Möbelwerkstätten or Mieke Meijer’s storage/shelving/partitions system Frameworks, Dutch Design Week 2014 also offered the chance to get to know works to which we hadn’t previously been exposed such as the Siren chair collection by Jacob Nitz for Bogaerts Label or Studio Maatwerk’s moiré effect graphic design project in which a wall is transformed into a series of birds and animals who “accompany” car travellers on their way along Eindhoven’s Meerveldhovenseweg.

We could obviously go on listing projects. Or we could publish photos.

Should you be in Eindhoven TAB Studios can be visited at Zwaanstraat 1 a.k.a Venue 13 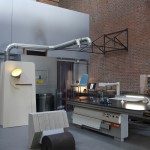 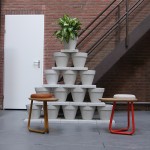 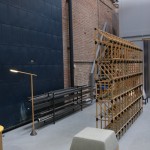 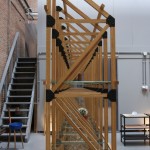 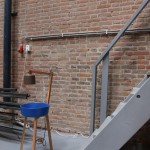 An object from the Tafelstukken collection by Daphna Laurens, as seen at TAB Studios, Dutch Design Week 2014 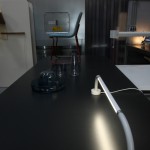 A collection of objects by Daphna Laurens, OS ∆ OOS and Bogaerts Label, as seen at TAB Studios, Dutch Design Week 2014 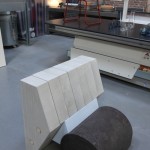 The advantage of having five studios in one space.....