“The Architecture Machine. The Role of Computers in Architecture”, at the Architekturmuseum der TU München, Munich, Germany

The use of computers in architecture is relatively new.

Which isn’t a radical statement, but is one which when articulated does automatically cause for an instantaneous moment of reflection on all those works of architecture developed over the decades and centuries without the assistance of computers. And reflections on where our contemporary architecture would be without computers. Which, in essence, is the central question of The Architecture Machine at the Architekturmuseum der TU München.

Computers first arrived in architecture, and not unimportantly in structural and civil engineering, in the 1950s and The Architecture Machine promises to chart their progress and evolving role in, and relationship to, architecture since then in the course of four chapters exploring computers as Drawing Machines, Design Tools, Storytelling Mediums and Interactive Communication Platforms, and thus approaching them not only in context of their contribution to the technical aspects of architectural design nor only the visualisation of architectural projects but also in context of their contribution to evolving formal expressions of and in architecture.

And in doing so promises not only an alternative approach to an understanding of the (hi)story of architecture since the 1950s, but also of the wider role, and influence, of computers in contemporary society.

In context of the 1972 MoMA New York exhibition Italy: The New Domestic Landscape a dozen Italian designers/collectives were asked to contribute an installation for the Environments section, or rather 11 were, the exhibition catalogue noting of the 12th, “knowing Mr. Mari’s position, the Museum extended him a formal invitation not to design an environment. He consented and produced the following essay…”2

An essay which, once again, confirmed that, and simplifying to the point inaccuracy, Enzo Mari is very much a designer for whom design isn’t about developing products to satisfy the insatiable appetite of commerce, but about developing frameworks and tools for individual and collective social and cultural enhancement and development. That said, in the Objects section numerous, well, objects, by Enzo Mari were presented which tended to demonstrate that he was more than capable of, and adept at, developing products to delight and inflame commerce’s appetite, works produced by companies whose existence depends upon their success at feeding that hunger.

An apparent contradiction that exploring and attempting to understand is one of the more pleasing ways to approach a better understanding of post-War Italian design.

And an apparent contradiction we fully expect to be a continual thread through Enzo Mari Curated by Hans Ulrich Obrist, an exhibition promising an exploration of Enzo Mari’s 60 years in design, design theory, anti-design, through a mixture of projects, models, sketches, et al, including many previously unexhibited objects and materials, and which in doing so should provide not only for a fulsome introduction to, but also for some new perspectives on, and thus allow us all to approach a better understanding of, one of the most idiosyncratic, and opinionated, protagonists of post-War Italian design, design theory, anti-design.

If we are admittedly a bit unsure about the Curated by Hans Ulrich Obrist part of the title. We may be missing something very obvious, it wouldn’t be the first time, but it does sound a bit like the Triennale shouting “look at the big name curator we can afford!!!!”, and believing that is important. But who is the exhibition about Enzo Mari or Hans Ulrich Obrist? Whose work are we meant to be studying, the design (theory) of Enzo Mari or the curation of Hans Ulrich Obrist? Why are both named? We may be missing something very obvious, but…… 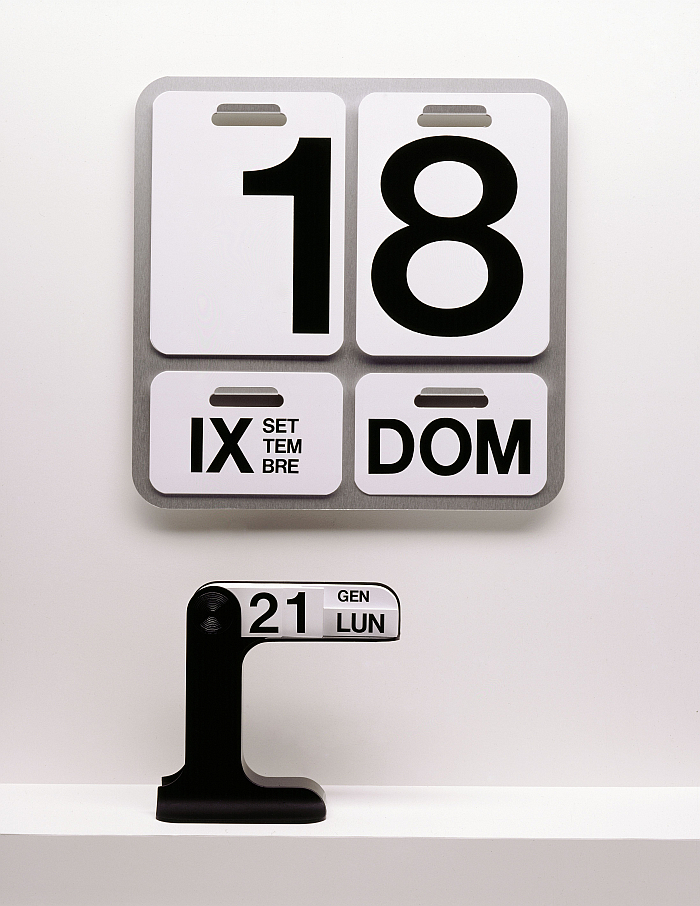 The success of an exhibition, as in if it manages to connect with visitors, to mediate its content and thus stimulate more than a desire to get to the museum café as quickly as possible, is largely dependent on the exhibition design. Even the most interesting of subjects becomes tortuous in a poorly developed scenography. With Art on Display 1949-69 Het Nieuwe Instituut aim to use exhibition designs by architects such as, and amongst others, Lina Bo Bardi, Carlo Scarpa or Alison and Peter Smithson as conduits to explore developments in approaches to exhibition design in the immediate post-War decades. And by extrapolation, since then?

Presenting the five featured exhibitions as 1:1 recreations, or more accurately partial 1:1 recreations, Het Nieuwe Instituut isn’t that big, Art on Display 1949-69 promises not only to allow for reflections on how exhibition design can be used as a tool in the mediation of information, nor only, and stepping briefly outside the world of museology, how the design of a space influences how we experience it, respond to it, interact with it, but also, in these days of ours allows for reflections on exhibition design in context of social distancing and hygiene regulations, how against our contemporary (but hopefully not future) sterile and strictly systematised realities a museum experience can remain spontaneous, open, thought provoking, and simultaneously personal and collective. 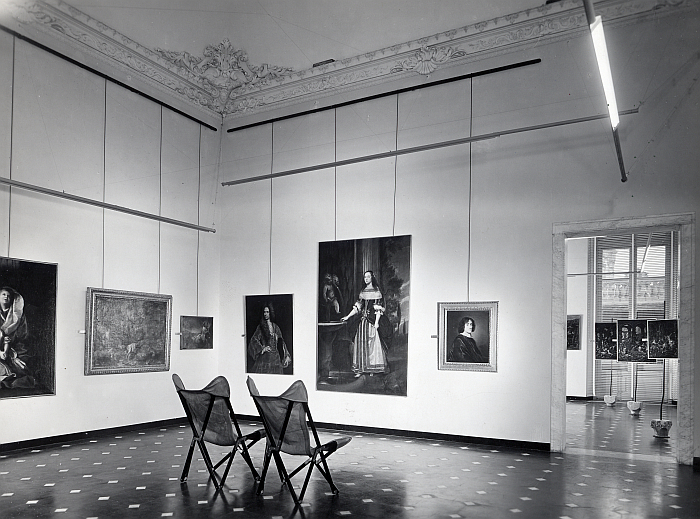 Shofuso and Modernism opened in September, but has only just appeared on our radar, and so we’re going to pretend that it’s opening in October. A duplicity for which we make no apologies.

Originally constructed in Nagoya, Japan in 1953 and exhibited in 1954/55 at the MoMA New York in context of the institute’s The House in the Museum Garden exhibition series before being moved to its current site in Philadelphia, Shofuso is based on 17th century Japanese house construction methods and principles and was realised in context of attempts to heal post-War relationships between Japan and America: and in context of Shofuso and Modernism serves as a conduit to explore architectural and design connections between Japan and America.

More specifically architectural and design connections as embodied by the work of, and myriad connections between, Junzo Yoshimura, the architect responsible for Shofuso, George Nakashima arguably best known for his post-War furniture designs and for all his application of traditional craft techniques to Modernist influenced furniture design, and Noémi Pernessin Raymond and Antonin Raymond, two architects who spent much of the 1920s and 1930s working in Japan and who were important mediators in the architectural and design dialogue between the USA and Japan.

And in doing so should allow not only for very concentrated, and also very probable, reflections on the inter and post-War interchange between Japan and America, but also an understanding of the development of Modernist architecture and design thinking in America that doesn’t have Europe at its fore, which is the normal path by which Modernism is understood to have reached America, through a Richard Neutra, a Mies van der Rohe, a (Dessau) Bauhaus, etc, etc. Shofuso and Modernism should not only help slacken that link, but help underscore through the four’s connections with Frank Lloyd Wright, his importance in the development of American Modernism. 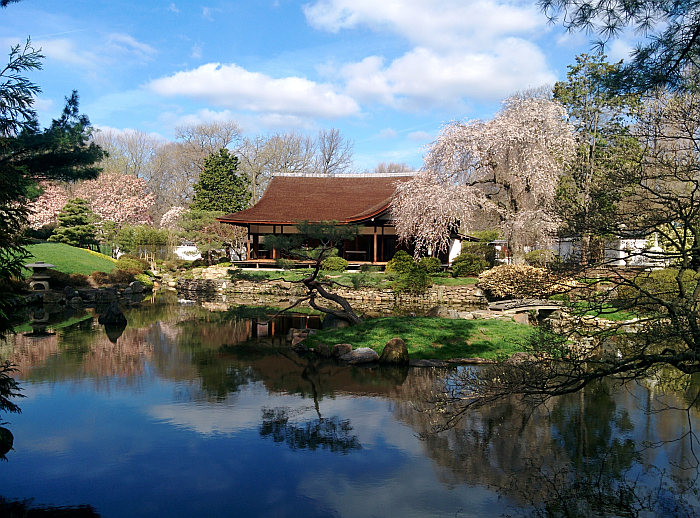 Established in Florence in 1966 the collective Superstudio were among the leading protagonists of 1960s Italian Radical Architecture, that moment in architectural (hi)story that, in many regards, stopped developing spaces to live and work in and developed spaces in which to think and reflect on architecture, urban planning, design and their relationships with the wider world, and thus allowed architecture and design to develop as more critical, theoretical, speculative genres than had previously been the case.

Promising a presentation of drawings, models, films and the photocollages so typical of Superstudio’s output alongside objects of industrial and furniture design, Superstudio Migrazioni aims to both introduce, explore and investigate Superstudio’s work and also attempt to approach an understanding of their contemporary influence, their contemporary relevance, and that not only directly through Superstudio’s canon but also indirectly in context of (+/-) contemporaries such as, and amongst others, Hans Hollein, 9999 or Rem Koolhaas, and thus helping round understandings of Superstudio. If one can, should?, round that most quadratic of collectives. 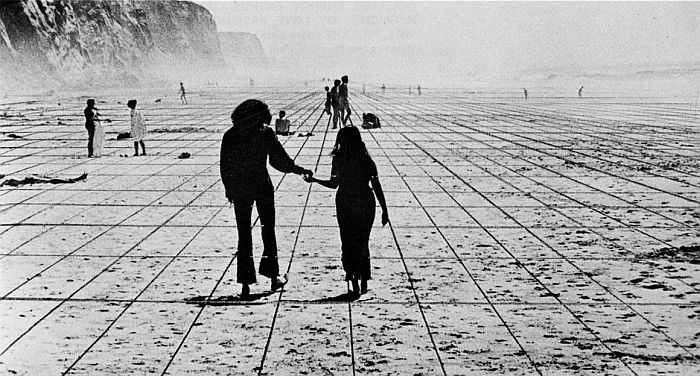 1. A.A. Milne, A Word for Autumn, in Not that it Matters, 1919 Available online at various sites, including https://books.google.de/A word for autumn