Those still looking for a New Year’s Resolution could do worse than to promise to try to maybe visit more design exhibitions this year.

And January 2014 offers a few wonderful places to start.

That January is once again IMM Cologne and the accompanying Cologne Design Week we make no apologies for having selected two Rhein-side exhibitions, in addition we have an investigation of the production process and a brace of exhibitions devoted to Denmark’s more important design “old masters”…..

Older readers will be aware that we long had huge problems with Berlin architect Van Bo Le-Mentzel’s decision to call his “breakthrough” project Hartz IV Furniture. Delightful project. Appalling name. Having spoken to Van Bo on a couple of occasions over the past couple of years we now at least understand why the project is called what it is called.

We still find the background thinking behind the project truly delightful.

And from Thursday January 16th the AIT Architektursalon Cologne is giving you the chance to make up your own mind. In collaboration with Berlin based platform BKULT the AIT Architektursalon is hosting an exhibition, workshops but for all a discussion around Van Bo Le-Mentzel’s central theory – Build More Buy Less. Can we create a better, fairer society if we kill off consumer culture? Does building your own furniture make you happier? Is Hartz IV Furniture a good name? What is Karma Economy?

Answer to none, some or all of these and similar questions will be searched for and discussed in the course of the event(s) 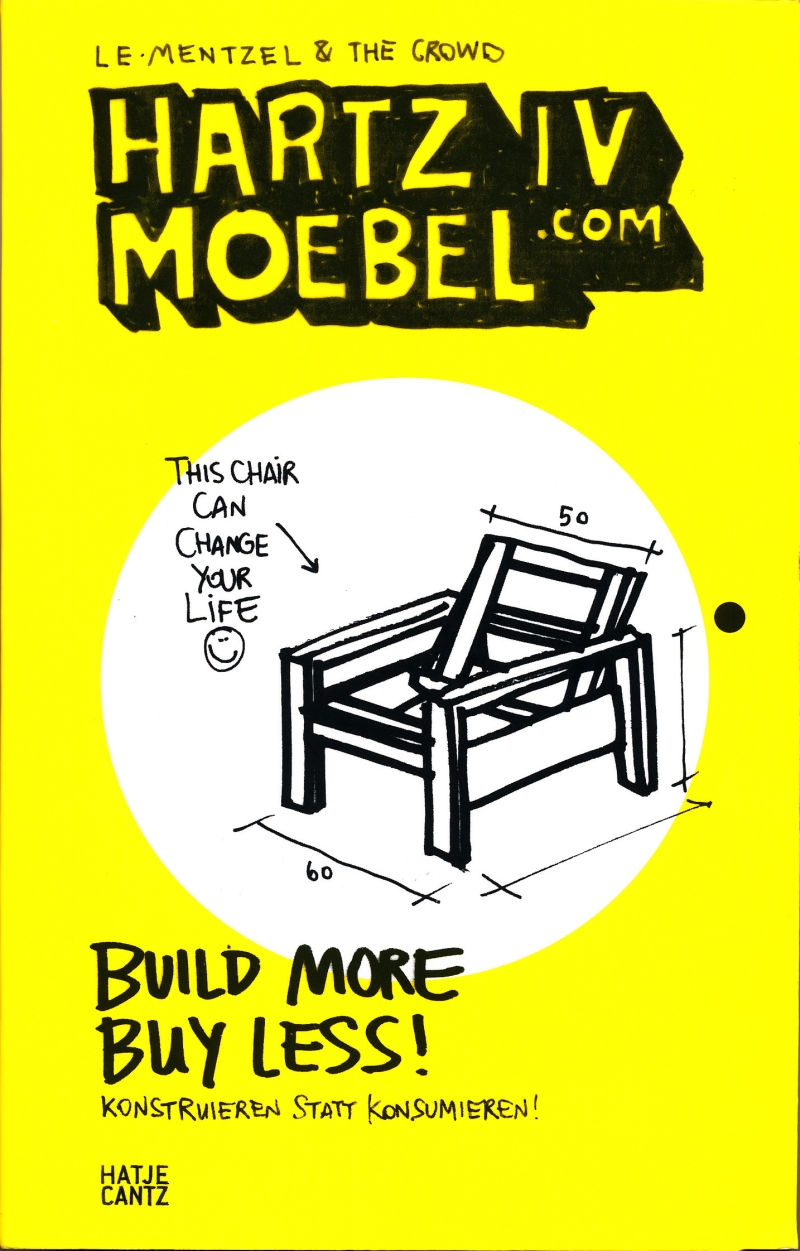 For their major winter/spring 2014 exhibition Cologne’s Museum für Angewandte Kunst will present London based designer and artist Rolf Sachs’ take on popular German stereotypes. A take that if we’ve correctly understood the accompanying press material promises to be a little more humourful than your average design exhibition. Tackling traits such as industriousness, tidiness, sociability or wistfulness “typisch deutsch?” promises to present a series of objects and installations intended to not only reflect on the truth about the nature of “Germanness” but which also encourage us to view the objects around us in a new light. And so by extrapolation ourselves.

“”In the Making” an exhibition curated by Edward Barber and Jay Osgerby” at Design Museum London, England

One of the curious aspects of the design world is that for the designer the finished, on the shelf, ready to buy product is thunderingly uninteresting.

The creative process, the prototyping, form-giving and the production process(es) are what really interest designers. And if most could get away without ever having to produce anything sellable they probably would.

For the London Design Museum Edward Barber and Jay Osgerby have curated an exhibition presenting 20+ familiar objects in various stages of production. Ranging from a coins over tennis balls and onto Thonet chairs, “In the Making” aims to make the charm and wonder of the production process visible, and so the designer’s fascination with production processes comprehensible. In addition there is nothing like getting to know a production process to make you appreciate a product – and of course the difference between a diligently produced product. And cheap tat.

“In the Making” an exhibition curated by Edward Barber and Jay Osgerby opens at the Design Museum, Shad Thames, London SE1 2YD on Wednesday January 22nd 2014 and runs until Friday May 4th 2014

Although the story, and indeed success, of Knoll International is without question closely associated with Mies van der Rohe, Harry Bertoia and Eero Saarinen, it all began with a Danish designer who came to America looking to understand contemporary American design. And ended up helping to define it.

Born in Copenhagen Jens Risom studied at the Danish School of Arts and Crafts under teachers such as the great Kaare Klint before in 1939 he travelled to America. In 1941 Jens Risom was introduced to Hans Knoll and in the same year created the first commissioned pieces for Hans Knoll’s fledgling furniture company. And so the very first Knoll Collection. A collection that confirmed Knoll’s commitment to modernism and on which the early success of the company was unquestionably based. In 1943 Jens Risom was drafted into the US Army and post-war established his own Jens Risom Design studio.

Always one of the more underrated proponents of mid- 20th century design Jens Risom’s importance goes far beyond the works he created and can be found in his approach to design and his understanding of his materials.

The exhibition in New Canaan promises to present not only examples of Jens Risom’s furniture but also of his advertising/graphic design work. And will hopefully help a lot more people understand the true majesty of Jens Risom. 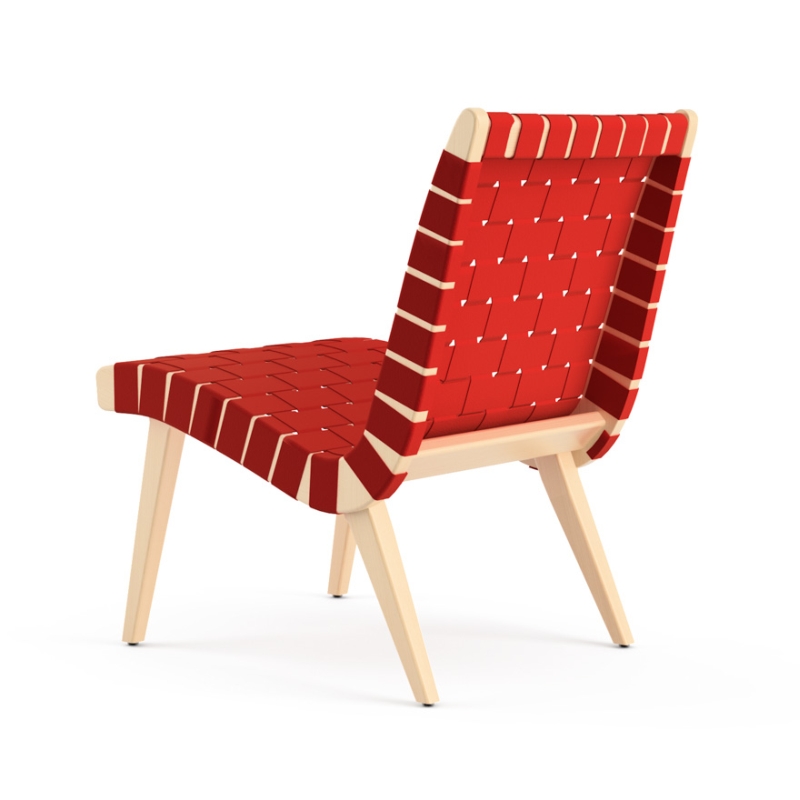 On April 13th 2014 Børge Mogensen, one of the true giants of Danish furniture design, would have celebrated his 100th birthday. And to mark the occasion the Trapholt Museum of Modern Art, Applied Art, Design and Architecture in Kolding have organised an exhibition devoted to the man and his singular approach to the problems of his age.

As one of the first Danish designers to adopt industrial production Børge Mogensen was able to combine his fine understanding for the traditions of Scandinavian, English and American furniture with mass production to create cheap, affordable furniture.

In our 2012 introduction to Børge Mogensen we wrote that he “…has never reached the same level of public fame, far less acknowledgement, as a Poul Henningsen, Arne Jacobsen or Verner Panton.”

And while the show at Trapholt wont substantially change that, it will hopefully introduce a lot more people to Børge Mogensen’s life and work.