The inescapable chill in the morning air and the deep-seated boredom in the eyes of school aged children can only mean that summer is, ever so slowly, coming to an end.

And just as spring beckons life to return in the natural world, so to does autumn herald a revival of activity in the unnatural world of museums and galleries.

Consequently, whereas in August we only managed to find three architecture and design exhibitions to recommend, for September we have seven!

A Magnificent Seven who not only help us keep our recommendations average at five per month, but also, hopefully, will provide some stimulus and hope at a time of year when despondency can so often have the upper hand.

London is by no stretch of the imagination a city short of notable galleries and museums, yet despite the apparent museal saturation a smallish gallery in the west London suburb of Ealing is slowly but surely making a name for itself as one of the leading London addresses for design exhibitions. Following on from the cross-media exhibition “Reason & Intuition: Alvar Aalto & Ola Kolehmainen in Soane”, the Pitzhanger Manor House & Gallery present Crafting Narrative, an exploration of storytelling in design. Organised by the UK Crafts Council and curated by London based designer Onkar Kular, Crafting Narrative is a touring exhibition which aims to demonstrate how contemporary designers use the process of designing and making to create narratives incorporating cultural, historical and social themes. Featuring works by creatives as varied as Hilda Hellström, El Ultimo Grito or Martino Gamper and presenting projects such as Zhenhan Hao’s “Imitation, imitation” clothing collection or “The Welsh Space Campaign” by Hefin Jones, Crafting Narrative has all the potential to be a highly entertaining and thought provoking exhibition. 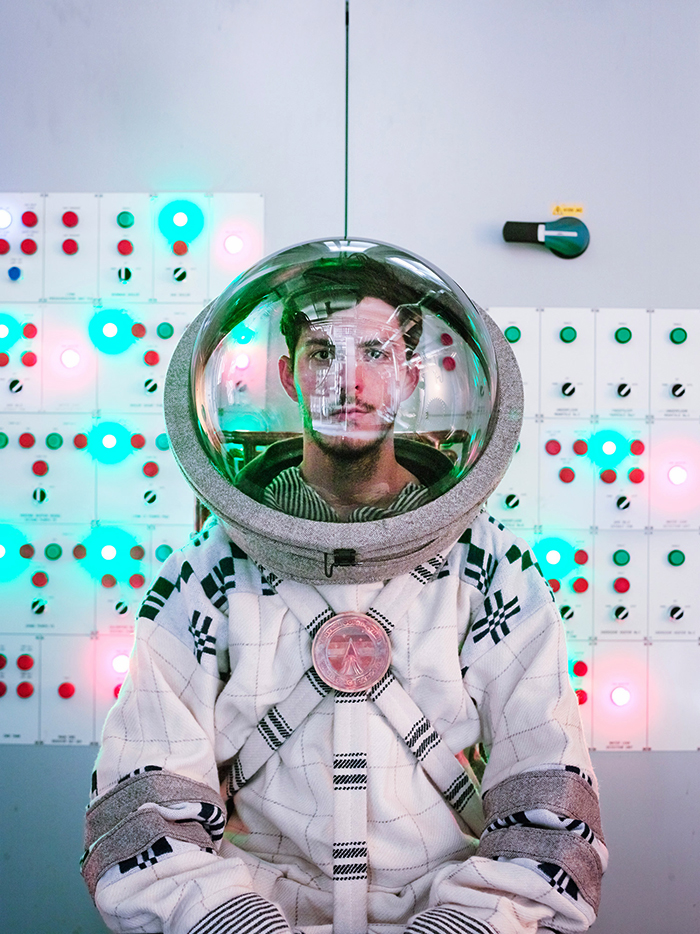 In September 2014 the Museum für Gestaltung Zürich open their new depository in the city’s Toni-Areal district. In addition to providing space for the museum’s collection the new Schaudepot offers a new exhibition gallery; a gallery which will be inaugurated by the exhibition 100 Years of Swiss Design. Presenting projects ranging from the mundane everyday such as light switches and vegetable peelers over furniture design classics from the likes of Le Corbusier, Max Bill or Willy Guhl and on to clothing and more conceptual design, 100 Years of Swiss Design features over 800 objects, prototypes, models, sketches and advertising films and thus promises to be one of the most inclusive and wide ranging studies of the Swiss Design tradition ever undertaken. 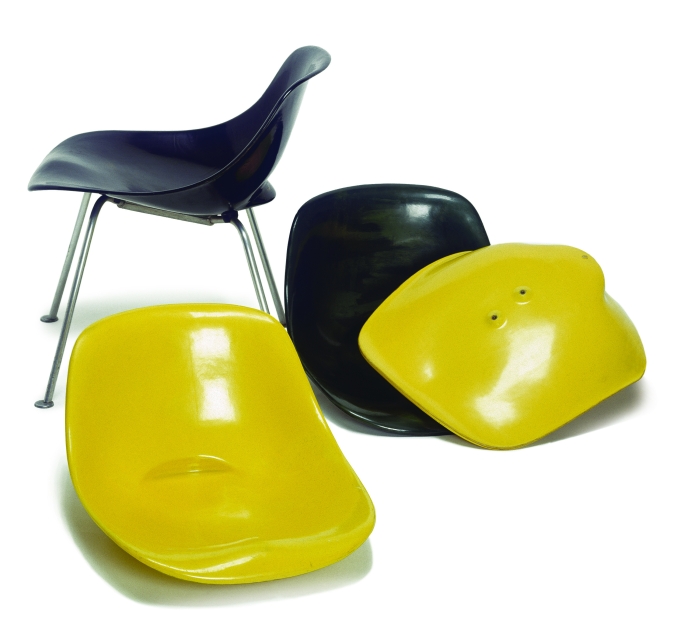 There is, we assume, we have no direct experience, nothing more infuriating than attempting to establish a creative career as the offspring of an internationally renowned creative. People are either accusing you of riding on your parents coattails. Or viewing your work in the context of your parents, stubbornly refusing to accept you as an independent individual. Consequently many children and grandchildren don’t even bother. But some do. With success. Taking four “creative dynasties” as examples Le Labo des héritiers aims to explore questions such as how do younger generations relate to the oeuvre of the older generations, how do older generations relate to the oeuvre of the younger generations, is the desire to contradict a loved one greater than the instinct to follow, are family members more relevant to a career than teachers, critics, colleagues and other non-family influences? Presenting objects, sketches, photographs and texts Le Labo des héritiers investigates such questions in the context of Gijs Bakker/Emmy van Leersum and their son Aldo Bakker; Pieter, Lowie, Tinus and Robin Vermeersch and their father Rik and grandfather José; Tobia Scarpa and his father Carlo Scarpa; and David Van Severen and his brother Hannes, the children of Maarten Van Severen and grandsons of the Belgian abstract painter Dan Van Severen.

Copper can in many ways claim to have been the bridge between the technical advancement of the neolithic age, when our ancestors started forming tools, and the bronze age when this increased technical capability could be coupled with a new, hard yet pliable, material. The Chalcolithic period may only have lasted some 3000 years but is and was critical in the story of man’s cultural, social and intellectual evolution. Subsequently the Romans used copper as one of their earliest currencies; the pliability of copper allowed it to be used in construction, for all roofing and cladding; the development of copper water pipes helped protect from the negative effects of the original lead piping; while copper’s conductive properties have allowed for the increasing electrification of our daily lives. Where would we be without copper! In their exhibition Copper Crossing the Triennale Design Museum Milan bring the story up to date and reflect on the use of copper in contemporary art, design, architecture and technology. Featuring over 250 copper based projects by artists such as Joseph Beuys or Anselm Kiefer, architects including James Stirling and Renzo Piano over design objects by, amongst others, Tom Dixon, Ron Arad and Oskar Zieta, and on to a final section looking at more technical uses of copper, including IT and communications applications in addition to copper’s anti-bacterial properties, Copper Crossing will seek to explain the contemporary relevance of this most ancient of materials.

And while yes it all sounds like some expensive and decadent promotional campaign for copper, does copper really need promoting? Of course not, it needs celebrating! 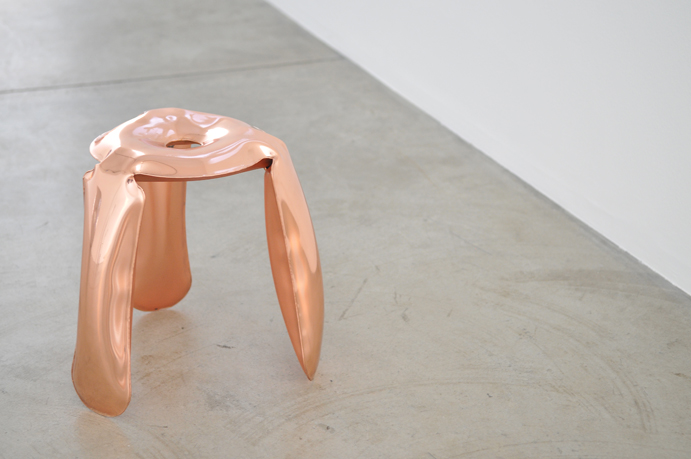 In 2014 the Swiss Architecture Museum in Basel celebrates its 30th anniversary and as part of the festivities is hosting an exhibition curated by the institutes very first Director, Dr. Ulrike Jehle–Schulte Strathaus. Architecture and art often cross over into each others territories, yet it is invariably an artist getting all architectural or an architect getting all artistic. For Spatial Positions 8 the Swiss Architecture Museum paired up architects and artists to work on a joint project, joint projects that explore what happens when the two disciplines collaborate. Thus the Basel architect Roger Diener was teamed up with St. Gallen based artist Josef Felix Müller while Zurich based architect Peter Märkli collaborated with Zurich sculptor Hans Josephsohn. In addition to presenting the results of their collaborations and the associated prototypes, sketches and development works the exhibition will, we hope, provide a few clues to help us better understand in how far architects are just artists with a sense of order and in how far artists are architects who don’t believe space should be confined by walls.

Established in 2002 by Zeev Aram, proprietor of the Aram contemporary furniture store and holder of the exclusive global rights to the furniture design works of Eileen Gray, the Aram Gallery hosts exhibitions dedicated to contemporary art and design, exhibitions which more often than not are of an experimental, conceptual nature. As part of their contribution to the 2014 London Design Festival the Aram Gallery are presenting new works by seven young designers, designers the Aram Gallery are tipping for a bright and glorious future. Featuring product design by Maria Jeglinska, Kim Thome, James Shaw and Lola Lely, fashion/footwear from Cat Potter, jewellery by Sophie Thomas and, we presume, we’ve not seen it yet, something more conceptual from Arnhem based Thor ter Kulve, Future Stars? doesn’t just promise to be a fascinating show but would also appear to offer everything that all the more corporate London Design Festival events don’t. Indeed can’t.

Alvar Aalto stands like no other for the easy accessibility of 20th century design. The man who questioned for whom “functionalism” should be “functional” Alvar Aalto not only helped us understand that modernism could be humane and so helped guide post war design and architecture along the path we’ve all come to know and cherish, he was also the man who taught us to mould plywood and that designers can also be producers. In the first major retrospective of Alvar Aalto’s oeuvre this century the Vitra Design Museum exhibition promises to explore not only Aalto’s most important architectural and design works but also examine the wider influences on the man and his canon, including his correspondence with artists such as Hans Arp and Laszlo Moholy-Nagy, and his contact with and relationship to the leading international architects of the day. We can’t however guarantee they will repeat the epic tale of what happened when Alvar Aalto met George Nelson. 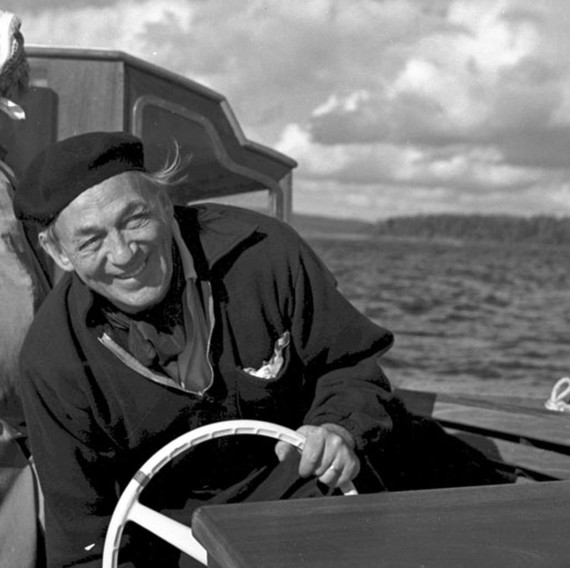