As a reflection on contemporary social discourses design is inextricably linked to politics, as indeed is any cultural discipline; design however differs from other cultural disciplines in that whereas art, theatre or music can comment on, reflect on or challenge the status quo, can call for action without being able to act itself, design can act. Design is an active, pro-active, medium with the ability to directly change situations. Or indeed uphold the status quo. Depending on whose in control. On who is designing.

For the fourth edition of Die Neue Sammlung Munich’s longer-term Paternoster Hall exhibition/installation series, architect and design theorist Friedrich von Borries reflects on both the inherent political aspects within design objects, but also on how design can be used as a force of social and cultural change. For social and cultural good? And therefore aims to explore the contemporary political – and by extrapolation social – responsibility of designers and architects.

“JUST ON TIME. Design Stories About Latvia” at the Museum of Decorative Arts and Design, Riga, Latvia

Following centuries as component parts of competing Kingdoms and Commonwealths, in 1795 the contemporary Latvia became part of the Russian Empire, from whom it proclaimed independence on November 18th 1918. And although it quickly once more became a Soviet satellite, November 1918 remains the official date of Latvia’s independence and reason enough for Riga’s Museum of Decorative Arts and Design to reflect on not only how design has developed in Latvia since 1918, but also the relationships between Latvian design and Latvian society over the period: a period which began with the liberated spirit of independence meeting the brave new world hopes of the European avant-garde, before becoming dominated by the Soviet Union, and for all the tensions between Latvians and the Soviet leadership in Moscow, before in 1991 Latvia regained its independence, and that just as increasing digitalisation and computer technology was beginning to fundamentally change, well, everything.

Starting with the likes of Ansis Cīrulis and Jūlijs Madernieks, artists who were trained and made a name for themselves in the spirit of Art Nouveau, Just on Time promises to move on to explore how Latvian creatives adapted and adopted to changing technological, political, social and economic realities, and thereby to provide an in-depth look at a rarely explored national design history, and therefore promising to make an interesting contribution to wider understandings on design and the development of design.

JUST ON TIME. Design Stories About Latvia opens at the Museum of Decorative Arts and Design, Skārņu ielā 10, Rīga 1050 on Thursday November 22nd and runs until Sunday January 27th 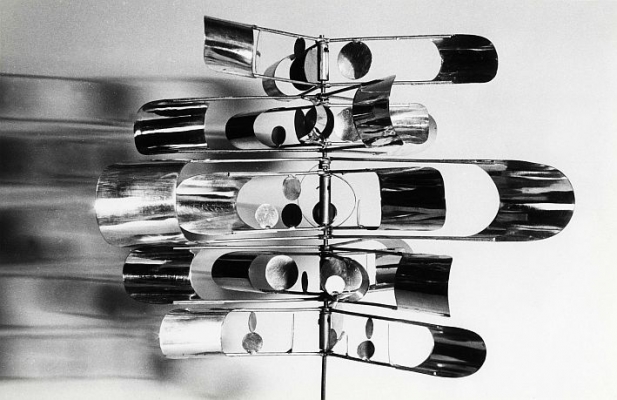 Design for the kinetic object “Wind Tree” by Arturs Riņķis (Photo courtesy of, Museum of Decorative Arts and Design Riga)

A graduate of the Kongelige Danske Kunstakademi Copenhagen the Danish designer Nanna Ditzel is arguably one of the most interesting post-War Danish designers, and not only because she was one of the few female designers to establish herself in an otherwise male dominated universe.

Born in Copenhagen in 1923 Nanna Hauberg met her future husband Jørgen Ditzel at the Kunstakademi in the early 1940s, and where the two established a professional as we all as personal relationship. One that continued until Jørgen’s untimely death in 1961, after which Nanna Ditzel continued the studio on her own, developing designs until shortly before her own death in 2005. Whereas many of the Ditzels’ early designs can be considered in the organic modernist carpentry tradition of the 1950s, from an early stage Nanna Ditzel began moving away from such understandings, including developing an interest in wicker, a material which both brought a new accent to her rounded organic design, but also allowed for experimentation with new form languages. For all as the economic constraints of the 1950s gave way to the much more exuberant 1960s Nanna Dietzel found ever new ways to move her design forward, while always maintaining an unfussy clarity and opennesses in her compositions; it arguably speak volumes for Nana Ditzels commitment to, and clear understanding of, her design that one of her most famous works, the Trinidad chair, is from 1993, some 50 years into her career, and a work which re-imagines the traditional Windsor chair so indicative of 1950s Danish furniture design in a completely new context and new relation to its component material.

Staged in context of the Trapholt’s Danish Modern showcase series the exhibition promises a presentation primarily focussed on Ditzel’s furniture design work, and a presentation which we suspect will fall short of being a fulsome retrospective, but should provide for an informative introduction to an important Danish designer. And thereby for more a rounded understanding of post-War Danish design.

As repeated ad nauseam in these pages, the opening of Japan from its self-imposed Sakoku isolation in the mid-19th century saw a rush of new influences and aesthetic understandings reach Europe, influences and understandings which were to have a fundamental, and lasting, impact on European art, architecture and design.

The Musée des Arts Décoratifs Paris staged its first “Eastern” Art exhibition in 1869 and with Japon-Japonismes aims to not only explore the developments that have occurred in the intervening 160 years but also the evolving nature of the (creative) Japanese/French relationship.

Promising some 1,500 objects, that’s 1,500, by Japanese and French artists, architects and designers as varied as, and amongst many, many others, Hokusai, Emile Gallé, Miyake Issey, Michel Heurtault or Charlotte Perriand, Japon-Japonismes seeks to explore its subject through five chapters – Agents of Discovery, Nature, Time, Movement and Innovation; the latter chapter focussing on contemporary understandings of Japanese techniques as expressed by French and Japanese creatives, the former including mention of the contribution of the Paris based, Hamburg born art collector and dealer Siegfried Bing who was so influential in disseminating Japanese art and crafts in the late 19th century. And who therefore is one of the reasons such an exhibition is conceivable.

While his Readymades may be French artist Marcel Duchamp’s most direct contribution to the development of design, through his many challenges to conventional artistic wisdom and his central role in the establishment of conceptual art, and thus the establishment of the idea of objects which exist beyond conventional, tangible, aesthetic, functional understandings, Duchamp’s influence runs much, much deeper.

With the exhibition 100 Questions. 100 Answers the Staatsgalerie Stuttgart aim to explore Duchamp’s work, artistic understandings, legacy and relevance in context of 100 questions posed to Duchamp by the Swiss artist, collector and Duchamp researcher, Serge Stauffer in 1960. 100 questions to which Duchamp supplied 100 answers. Sadly everyone’s a bit shy about revealing any of the questions, we’re assuming they’re not of the “Eggs. Fried or boiled?” or “Favourite hat?” type, but, then again…. And regardless of what type they are, we would imagine that when considered in context of the presented objects from across the many years of Marcel Duchamp’s creative output that they will allow for fresh insights of both that output, and also where we currently stand in context of contemporary art and design. And how much we have to thank Marcel Duchamp that we are where we are. 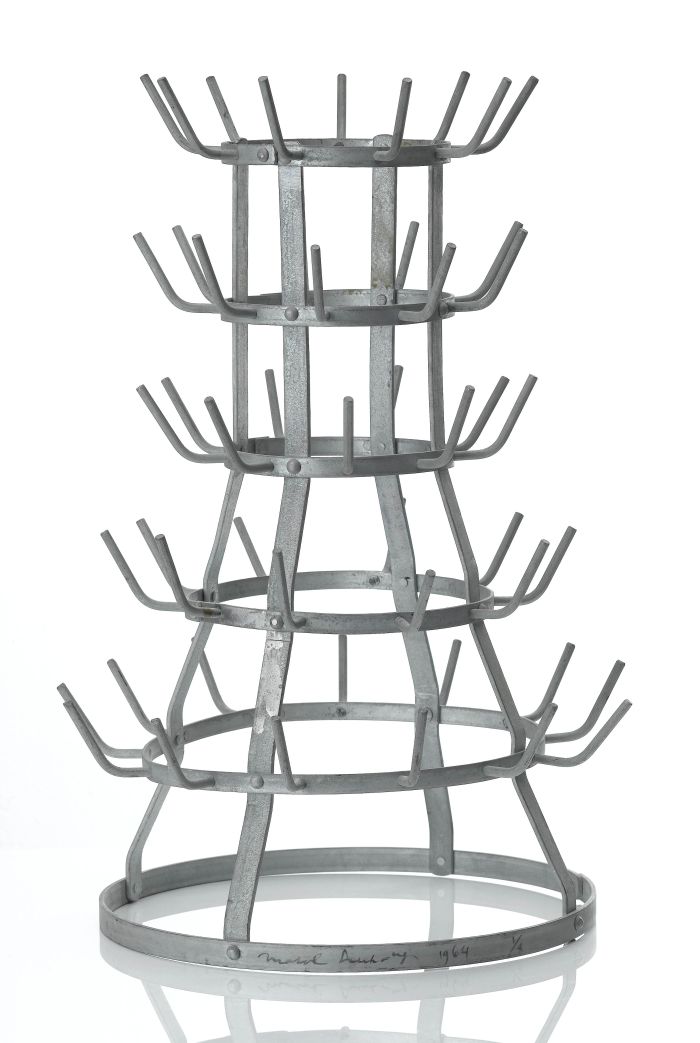