The Historia Supellexalis: “I” for Italy 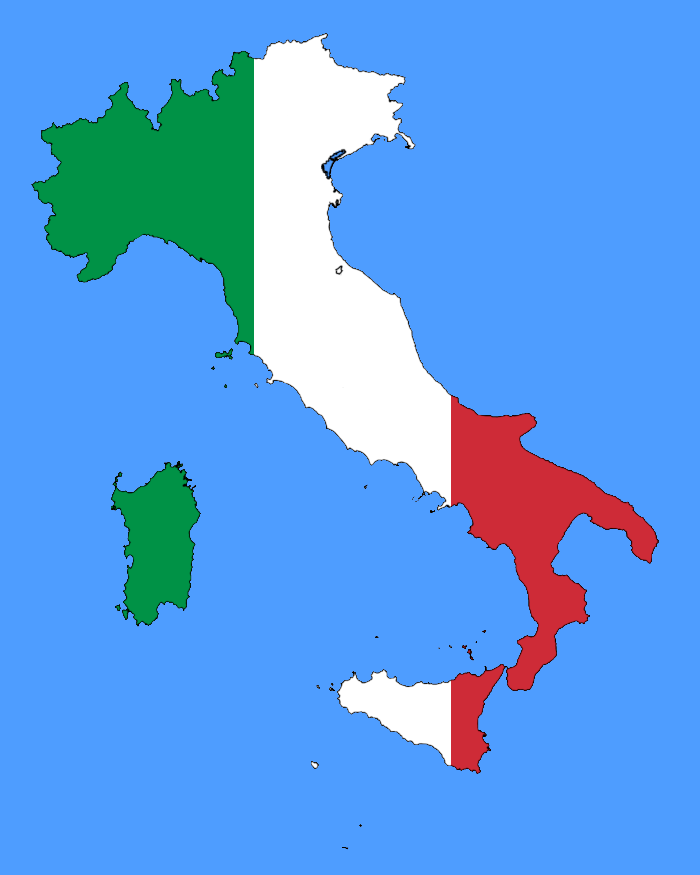 A Peninsula; A Commonwealth; A Context

Striding out into the Mediterranean Sea the contemporary commonwealth of Italy, for all its apparent unity, and for all its superficially stable, pastoral, political landscape, is very much a volatile, fervid synthesis of innumerable independent Stati and Popoli; independent Stati and Popoli whose individual characters and perspectives helped form not only the contemporary Italy, but together define the (hi)story of furniture design in the region.

The more contemporary (hi)story of furniture design in Italy is one very closely related with the rise of the House of Domus and for all the contribution of the first Signore of Domus, a Lombarden Gio named Ponti; a Gio who not only dabbled in furniture design himself but who on account of the extreme delight he took in the furniture designs of others, and the even extremer delight he took in sharing the furniture designs of others, helped disseminate appreciations of the great many treasures of the myriad Italian Stati and Popoli not only amongst those Stati and Popoli, but further afield. And thus under the benevolent rule of the Gio Ponti the House of Domus served very much as bridges between both the Stati and Popoli of the Italian commonwealth and between the Italian peninsula and the wider worlds.

Thus the library of the House of Domus is today home to some of the most important archive material for the study of the (hi)story of furniture design in the contemporary Italy, recording and documenting as it does the rise and development of Stati and Popoli such as, and amongst many, many, others, the Cass Ina of Meda who rose from humble outfitters of simple sailing vessels to become one of the leading protagonists in the (hi)story of furniture design in Italy; the Azucena who had travelled from the dominion of Il Trovatore to Milan and where their reduced simplicity, a simplicity very much in contrast to the opulence of Il Trovatore under the rule of Conte Giuseppe Verdi, was greatly admired; the Arte Luce who once illuminated the commonwealth of Italy like a fuoco d’artificio but whose light has shone less profusely since their establishing of a union with the Illuminati di Flos; or the Castelli Kartell whose long-term Regista Anna Ferrieri demonstrated with astounding grace and simplicity that synthetic materials were both compatibile with Italian furniture design and allowed for componibili solutions.

In addition to recording and documenting the individual (hi)story’s of the Italian Stati and Popoli, the library of the House of Domus also records and documents their collective (hi)story, charting as it does the highly eventful journey of Italian furniture design since its earliest days. A journey that has seen the Italian Stati and Popoli regularly attempt to give up the commonwealth and to unite under a unitary flag, attempts that have seen the creation of, amongst a great many other short lived republics, Stile Liberty with its florid hankerings for times past, Futurismo with its brash, reckless, dash forward, Neoliberty with its rationalised hankerings for times past…… a swinging back and forth accompanied by regular outbreaks of the endemic Italian Razionalismo and Radicalismo. The latter of which, in context of one its more serious outbreaks, giving rise to the famed voyage by the likes of Gae di Aulenti, Joe de Colombo, Mari O Bellini or Gaetano del Pesce to the land of MoMA and the Momanians, those fabled Guardians of “Good” in art and design in America, and where the young Italians sought to establish a New Domestic Landscape based on the raging Radicalismo of their age; but quickly became disheartened when wider American society rather than embracing the new domestic landscape as the Italians had hoped, became enchanted with the old domestic landscape of lush upholstered seating, finely hewn wooden tables and lighting crafted from exclusive materials.

And a voyage to America by varied and disparate Italian designers that underscores that for all the (hi)story of furniture design in the lands of the contemporary Italy is very much one formed and defined by the Stati and Popoli it is also one heavily dependent on the actions and adventures of individuals: of individuals such as, and again amongst a great many more, the young Milanese Mari named Enzo who was so aghast with what many Italians understood as “good” in furniture that he insisted they all make their own and thereby learn what is important, what is elemental, what is “good” in and of furniture, Autoprogettazione!!! cried the public in anguish when they heard of his plan, no just Autocostruzione replied Mari, I’ve done the hard bit; individuals such as the fratelli Castiglioni who helped Italians of all hues reconsider not only their understandings of how furniture could be used but of how our furniture and furnishings relates to wider society, what our furniture actually is, what it could be, what its should be, and who did so with such a disarming humour that the majority didn’t realise that is what they were doing, making the Castiglioni’s attempts all the more successful. And joyous.

Individuals such as the Torino trio Gatti, Paolini & Teodoro who sought to transform the sitting experience through contemporary applications of traditional methods for contemporary needs, and which led to the development of a chair for the Zanotta of Nova Milanese that is and was but a sack, but is also an awful lot more; individuals such as the provocateur and fomentor Sottsass who having uncovered the treasures of Memphis persuaded the ancient phaesporia Artemide to assist him with their distribution, a distribution whose retelling is and was infinitely more successful and profitable than the actual distribution. But an event, a moment, in the long (hi)story of Italian furniture design that remains most instructive in enabling better appreciations of the development of furniture design in the commonwealth of Italy.

And individuals who over the centuries ceased to be the exclusively Italian protagonists one finds in the earlier days of Italian furniture design. And while today non-Italians can be found throughout the Italian commonwealth, they are particularly prominent in context of the Principato di Magis, the Friulian Mattiazzi, or the Jazzonians of Kristalia; and all whom, in many regards, are building on the work of the famed and much celebrated Lombarden fornitore Giulio Cappellini who since time immemorial has tirelessly travelled the known lands of the known worlds in search of new ideas, new positions, new understandings.

Thus the bridges the Gio Ponti once help construct and which carried Italian furniture design abroad, today allow that abroad to flow back into Italian furniture design, enable Italy’s long established vernacular design practices to become infused with contemporary global ideas and positions and therefore affords furniture design in the commonwealth of Italy the opportunity to continue striding forward, to develop and evolve in the local global context in which the contemporary Italian Stati and Popoli find themselves; allows furniture design in Italy to develop itself ever anew while never interrupting its gentle swinging back and forth nor relieving it from its endemic, and some claim essential, existential, Razionalismo and Radicalismo…….