Fabriek van Niek – nachBAR for the Dutch Embassy in Berlin

With their high walls, locked gates, uncooperative guards and more video cameras than your average broadcasting company need to cover a simple football tournament in South America, embassies aren’t, generally speaking, the most welcoming of places.

To demonstrate that alternatives are possible, that embassies can be a focal point in a neighbourhood, the Dutch Embassy in Berlin have commissioned Utrecht based Fabriek van Niek a.k.a. designer Niek Wagemans to build them an outdoor bar: an outdoor bar that not only gives the Embassy a location from where it can interact with the neighbourhood but which is constructed from materials found in the neighbourhood.

A neighbourhood bar in every sense of the word.

A neighBAR even. A nachBAR 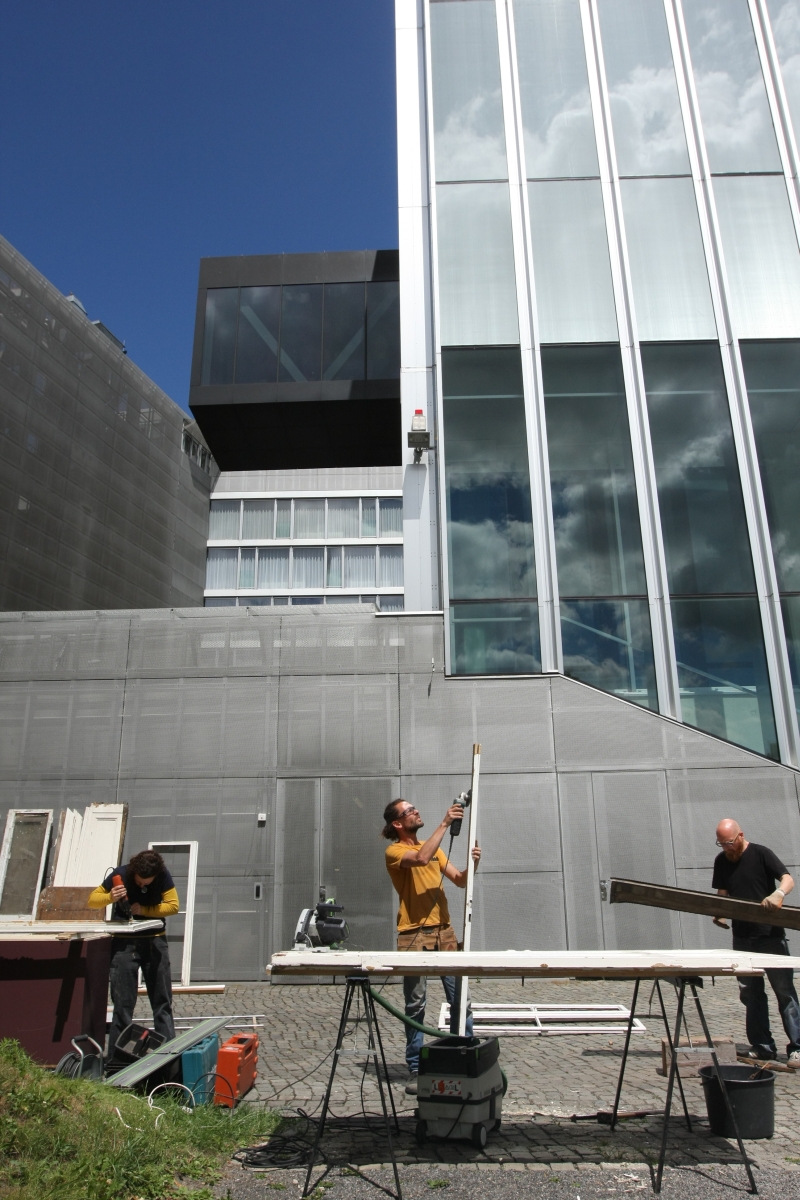 Niek Wagemans and team at work

We first came across Niek Wagemans’ work at last year’s “King Size: Art & Design Fit for a King” exhibition at the Ampelhaus in Oranienbaum where, in addition to objects from his Confused Furniture collection, Niek also created the so-called WunderBAR café/bar in the gallery’s courtyard – all constructed from salvaged materials. Similarly his nachBAR for the Dutch Embassy is built from materials and objects considered by others as waste and thus rejected and discarded.

For Niek Wagemans such projects aren’t about recycling or up-cycling per se. Or better put, not only. “I could just go the scrapyard, buy all I need and then complete the project”, so Niek, “but for me it is important that the materials come from the community because then you not only get an understanding for the local community but can hopefully also reflect something of the character of the community in the work and so make it a project for the community.”

A process that begins by scouting the neighbourhood on foot.

As he sets out to look for possible materials Niek has, by his own admission, no idea how the bar will look, far less from what it will be constructed, “Initially I just collect everything that appears useful”, explains Niek, “if you think too much too early about what you might, potentially, build you become distracted.”

If having five days to build an object he can’t visualise from materials he doesn’t have places Niek under any form of pressure he certainly doesn’t show it as he strolls easily through Berlin Mitte, eyes darting left and right, always on the look out for possible sources. Or possible tips from locals. The interaction with the local community, the chance to explain the project and invite all to participate, to be involved, being just as important for Niek as the locality of the materials. “I’m not a social worker” says Niek, smiling wryly, obviously amused at such a thought, “but such a project is also about bringing people together. The community provide the materials, the Dutch Embassy the drinks. Everybody benefits!” Even two officers of the law join in the spirit of things and prove that Berlin’s Polizei really are your friend and helper – at least if you are a Dutch designer looking for unwanted, superfluous, building materials. 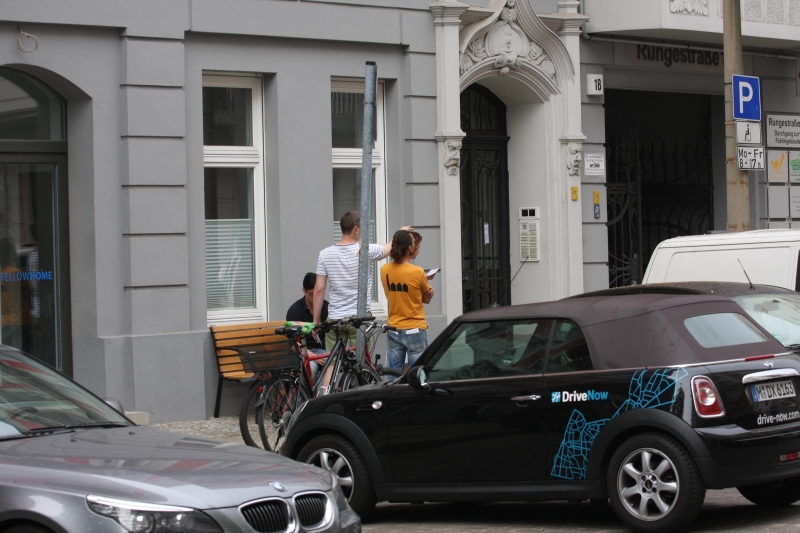 In addition to building an object based in the local vicinity a further aim of such projects for Niek is showing what can be found in a community, what is available, hidden behind closed doors, in cellars, in backyards. Urban foraging is often reserved for discussions about what foodstuffs one can find growing wild, but what about building materials? Local swap/borrow/trade platforms generally involve machines, tools, cars and other hardware. But what about building materials?

When we have a small building or handwork project to complete we all invariably drive to the building centre and buy lengths of wood or strips of metal.

Viewing the collection of objects and materials that Niek collected around the Dutch Embassy it is clear that if you need a bit of wood/metal/glass to help you complete a project there is an excellent chance that your neighbour might just have what you are looking for. And that they will give it to you. If you just ask.

Niek is building a bar. You might just want to patch up an old bookcase or build a cold frame for your herbs.

The principle is the same. 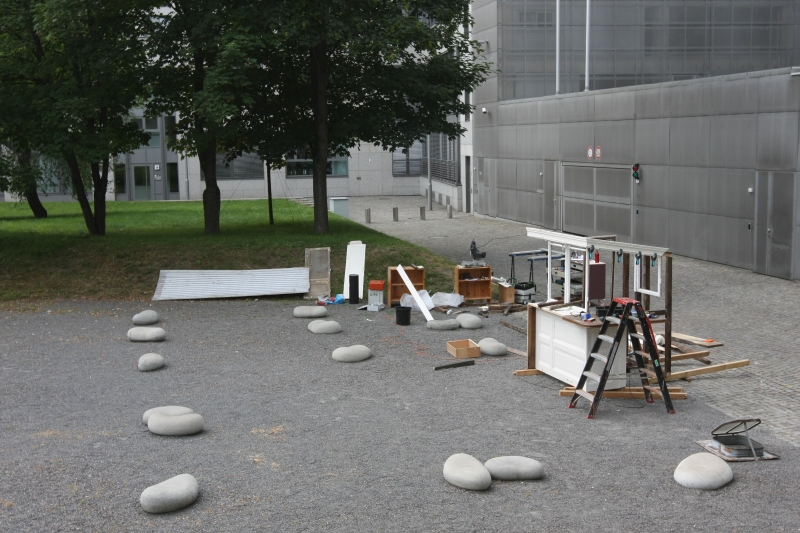 Fabriek van Niek - nachBAR for the Dutch Embassy in Berlin. Work in progress!

What we’ve seen so far however impresses. And we can’t imagine our position will change dramatically.

And in realising nachBAR Niek Wagemans has not only demonstrated the abundance of resources that one can find locally, but has underscored how lackadaisical we are with resources. Or at least we in the west.

We don’t need to keep buying new things, we can repair, remake, reconfigure, renew. And that more often than not from what our neighbours consider waste.

Should you find yourself in Berlin this coming week not only can nachBAR be viewed – and, when it is open, a  beer or coffee enjoyed – in the space between the Dutch Embassy and the River Spree, but on Wednesday afternoon Niek Wagemans and Berlin based designer Jan Körbes are organising a workshop in which chairs will be created from old tyres.

All are welcome to participate. Or simply enjoy a drink and watch.

And of course socialise with the Dutch Embassy and their neighbours.

The Dutch Embassy in Berlin can be found at Klosterstraße 50, 10179 Berlin 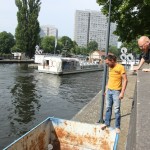 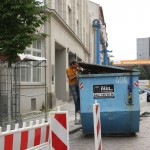 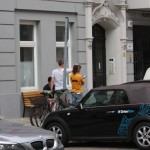 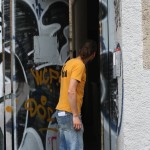 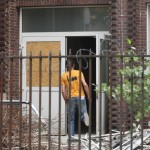 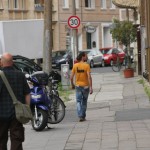 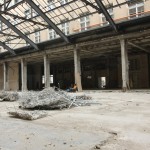 ….and ending up in the most majestic spaces along the way. 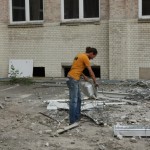 “Initially I just collect everything that appears useful…..” 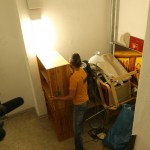 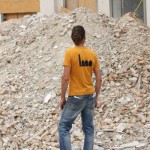 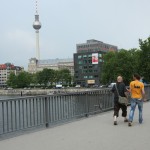 With the scouting and collecting done….. 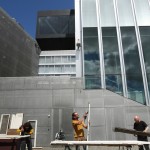 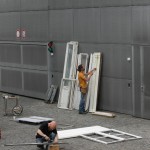 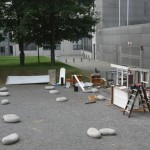 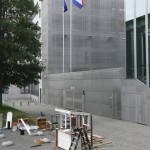 Fabriek van Niek – nachBAR for the Dutch Embassy in Berlin. Work in progress!