Established in 1993 with a primary focus on producing the designs of Egon Eiermann, including most famously the re-edition of Eiermann’s 1953 table frame, Stuttgart based furniture manufacturer Richard Lampert have quietly developed over the intervening twenty plus years into one of Germany’s most distinctive and idiosyncratic furniture producers, and a manufacturer with a portfolio that effortlessly mixes contemporary design with older, established, pieces. Often in the same object. 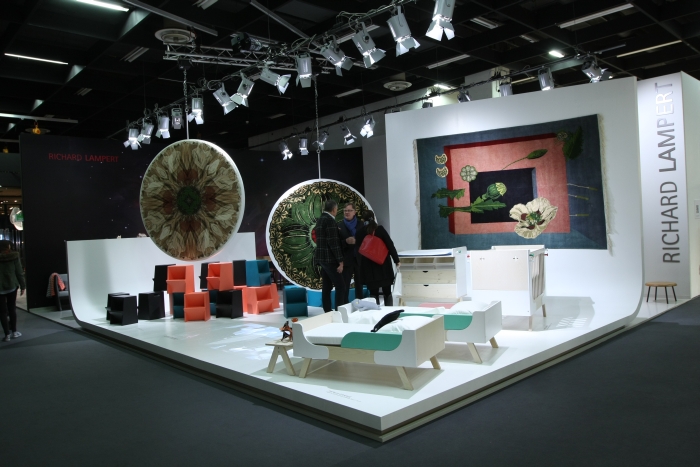 Whereas Richard Lampert’s IMM Cologne 2015 stand design may have indicated a fantastic, unpredictable journey to the odder corners of the universe: on the stand itself it was a lot more about consolidating the collection.

Feet firmly on familiar ground, as it were.

Not that that should be be seen as a criticism, far from it. Furniture manufacturer’s shouldn’t continually bring out new lines or new collections, sometimes they should further develop what they have and so encourage people to retain what they have; not least because encouraging customers to hold on to what they have is to encourage socially and environmentally responsible behaviour.

And what could better illustrate the spirit of holding on to what you have than children’s furniture that grows with the child.

At IMM Cologne 2011 Lampert introduced the “Kids Only” collection of children’s furniture, including the so-called Famille Garage system from Alexander Seifried – essentially a baby’s changing table that can be transformed into a kids table/desk and a separate storage system once nappies cease to be an issue. At IMM Cologne 2015 Richard Lampert and Alexander Seifried unveiled an extension of the Famille Garage family in the shape of a cot that is height adjustable, length adjustable and form adjustable: as junior grows the cot mattress can be successively lowered so that escape from the cot is, theoretically, impossible and then once the risk of escape is no longer a problem the cot can be transformed into a bed which can be simply extended as the child grows. One child. One bed. Many years. Besides adding to the Famille Garage family Lampert have also adapted the original Famille Garage baby changing table through the option of drawers and thus allowing one to move on from the bright, chaotic aesthetic of a child’s world to a more reserved and structured adult aesthetic.

In addition we were very taken by the new solid oak version of the Milla bar table Lampert originally presented in MDF at IMM Cologne 2014, the new Mr Round mobile stool struck as a very obvious and welcome addition to the Lampert portfolio, and a delightful product in its own right, but, and perhaps fittingly given the company’s origins, one of the most pleasing new additions was related to Egon Eiermann. In 2013 Richard Lampert presented the so-called Frame Regal by Alexander Seifried, a shelving system which took the classic Eiermann Regal that Egon Eiermann created in context of the 1932  exhibition “Das wachsende Haus” and placed it in a “frame”. As a logical extension of the system, and a logical consolidation that encourages users to keep what they have, Alexander Seifried has developed a series of modular storage units which can be freely combined with both the Eiermann regal and the Frame Regal and which turn a simple shelving unit into a simple storage and organisation system. 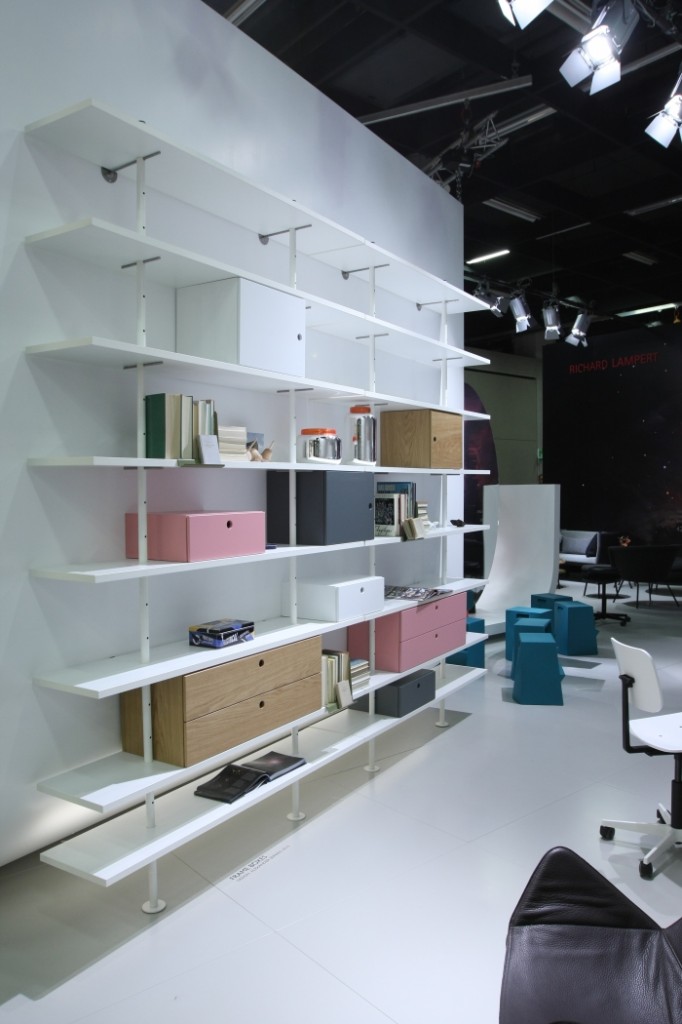 Eiermann Regal by Egon Eiermann and Frame Boxes by Alexander Seifried through Richard Lampert, as seen at IMM Cologne 2015 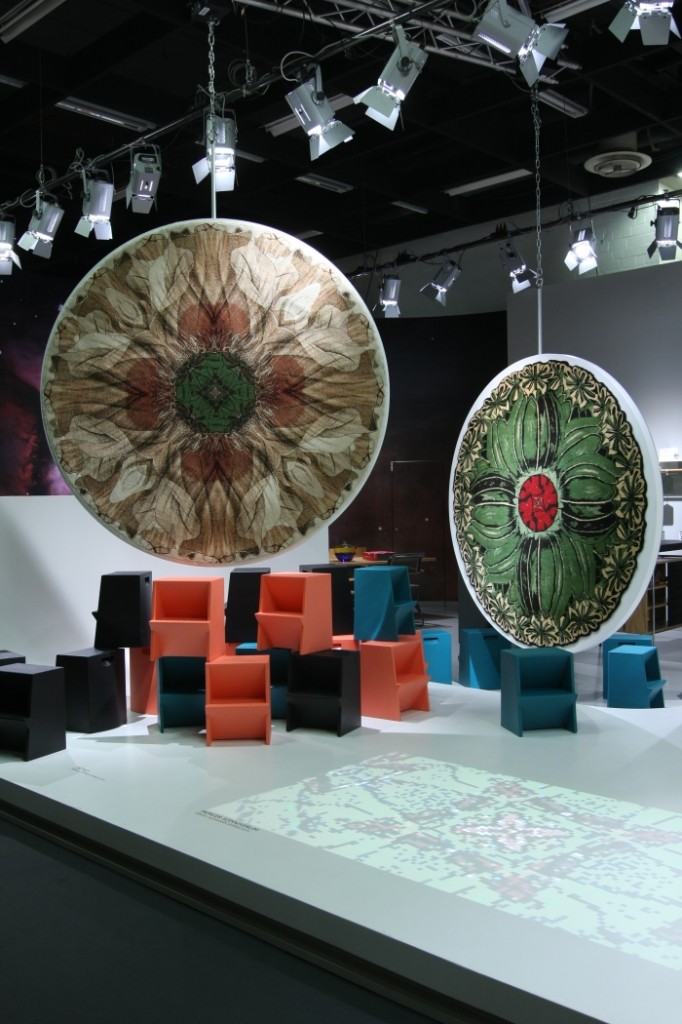 Mono Step Stool by Steffen Kehrle and Papaver Somniverum by Alexander Seifried through Richard Lampert, as seen at IMM Cologne 2015 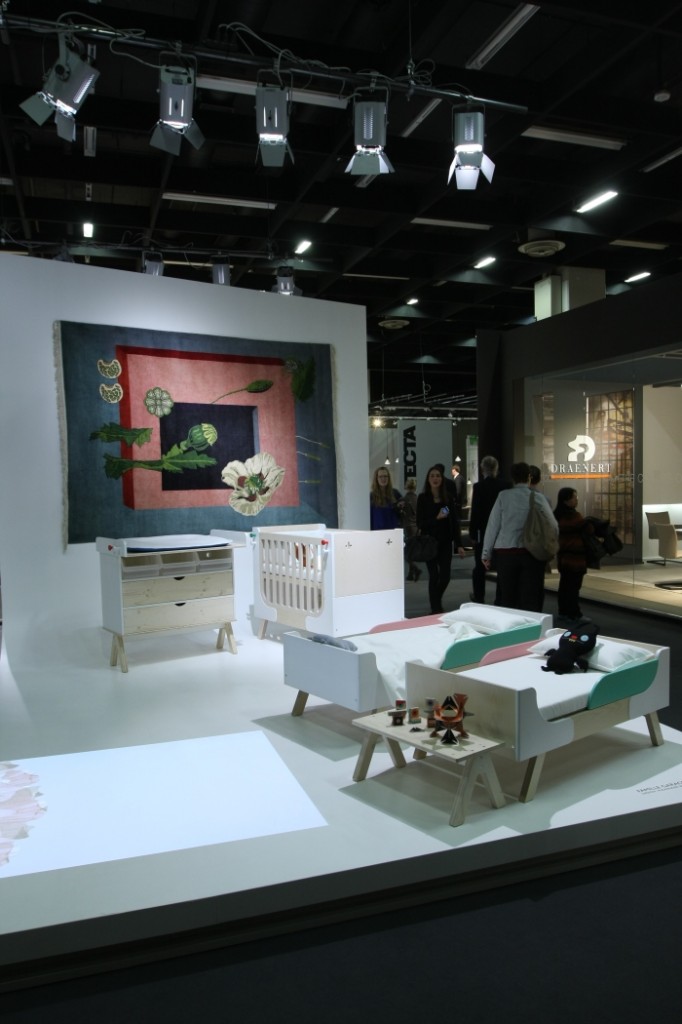 Famille Garage by Alexander Seifried through Richard Lampert, as seen at IMM Cologne 2015 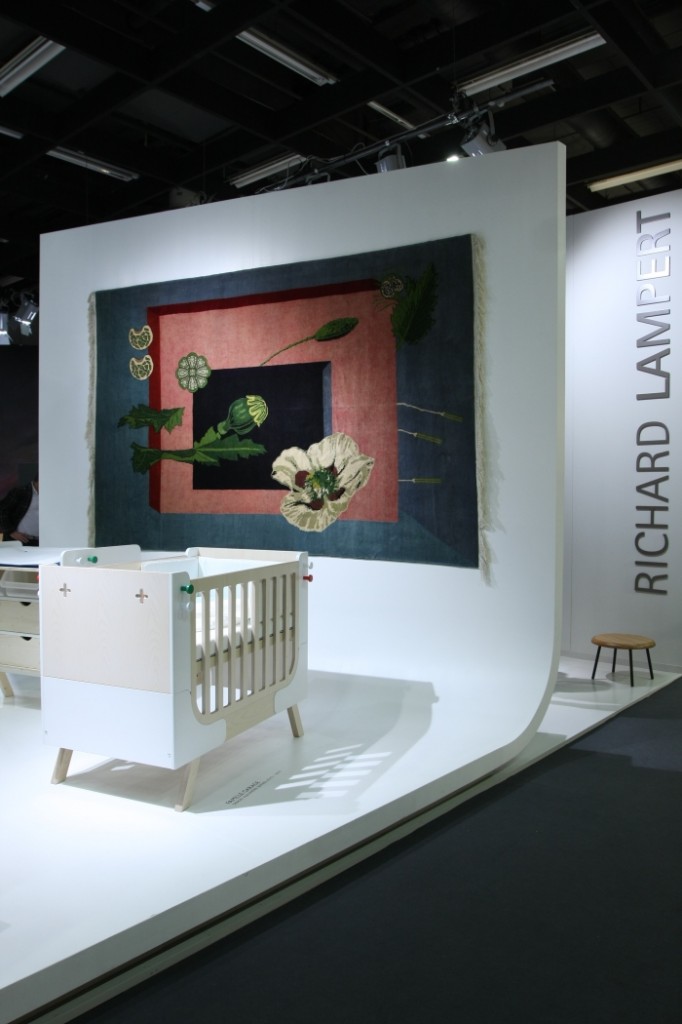