Whereas July and August increasingly fail to produce anything even vaguely “summery”, we can always rely on September to deliver long balmy afternoons, and even longer, balmier, nights. Often juxtaposed with crisp, misty mornings under a fresh blue sky. It’s almost as if September knows that once it is gone, autumn will grasp us by the shoulders and drag us, selfishly, into winter. As if September knows it is our last refuge. “Get out into the world and enjoy yourselves”, is what September is telling us, “for as long as you can….”

Our five architecture and design exhibition recommendations for September 2016 should allow you to do just that in Stuttgart, Johannesburg, New York, Falkenberg and Paris.

“[un]expected: The Art of Chance” at the Kunstmuseum Stuttgart, Germany

If beauty lies in a perfection of form, and if that perfect form follows function, then to be optically and practically pleasing an object must be created with the greatest of care and attention to detail.

In recent years numerous designers have undertaken projects in which a degree of randomness, or at least an uncontrollable unpredictability, has been included in the creative process. And often with very charming and impressive results.

With the exhibition [un]expected: The Art of Chance the Kunstmuseum Stuttgart aim to explore works by artists either where randomness is the primary creative process or which themselves give rise to randomness.

Promising some 120 objects in an exhibition which starts in the 1920s with works by Hans Arp and the Surrealists and continues up to contemporary 21st century works, [un]expected covers a century of random art and in doing so not only promises to be a very entertaining and informative art exhibition, but an exhibition which, hopefully, also demonstrates that by letting go of the reins a little, relinquishing control over a process or situation, one can achieve results every bit, if not more, rewarding than those possible in a fully controlled state. And that would, we feel, be an important lesson in our contemporary world.

[un]expected: The Art of Chance opens at the Kunstmuseum Stuttgart, Kleiner Schlossplatz 1, 70173 Stuttgart on Saturday September 24th and runs until Sunday February 19th

As we’ve regularly noted in these pages, part of any museum’s remit must be the promotion and nurturing of local talent. And the more competently an institute achieves a mixed local, national and international programme the more successful and relevant it will be. Now we’re not going to get all colonial on you and claim that Togo is South Africa, but as a museum of African design, it is for us logical that the Johannesburg based MOAD takes a lead in promoting African designers. Such as Togo’s Kossi Aguessy. Who yes lives in London, but who’s work is generally based in Africa: and by which we don’t mean hackneyed notions of a “spiritual” base, but actually physically, as in, for example, helping establish Benin’s first FabLab and thereby helping local creatives realise local projects. With a solo exhibition of what Kossi Aguessy refers to as his “functional art” the MOAD offer a chance to explore and understand work by a contemporary African designer in context of his complete canon rather than as individual pieces presented as part of an “African Design ” exhibition. And thus help establish and confirm the idea that African designers can be every bit as creative, artistic, critical and innovative as their non-African colleagues. Or every bit as clichéd, generic and stale. That decision is, as ever, one for each and everyone of us to make individually. And you should always take the chance when it is presented. 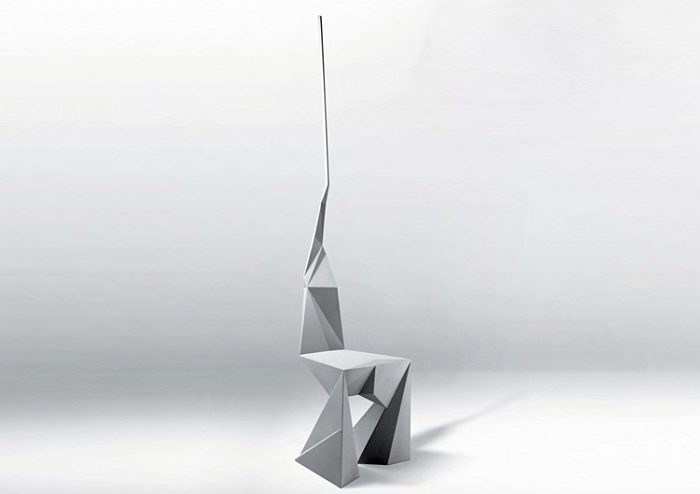 Despite being one of the birthplaces of industrial production, despite being one of the birthplaces of republican, parliamentary, democracy, despite being home to some of the leading scientific and engineering research facilities and despite the wealth of the nation, there can be fewer lands where inequality is so obvious, and so blithely accepted, as America. And thus fewer more depressing nations. Where in the heyday of industrial production many of the cracks in the nation’s social fabric could be papered over by the unifying call to honour the “American Dream”, the contemporary global industrial decline makes the inequalities all the more visible. And acute. Thus the question natural arises, what can be done to counteract such?  Such, or similar, was the motivation behind the exhibition By the People: Designing a Better America, an exhibition whose preparation saw Cynthia E. Smith, the Cooper Hewitt’s Curator of Socially Responsible Design, tour America looking for examples of local, collaborative, design projects which sought to create more inclusive, fairer and sustainable communities. The result is 60 projects which the Cooper Hewitt, presumably, feel represent possible visions for a future America worthy of that much referenced and misappropriated Dream.

In any field of creative endeavour it is inevitable that a few particularly talented, lucky or otherwise chosen individuals are held as epitomes, while the names of others drop off history’s dining table, are swept up and disposed of. Normal and unavoidable it may be, but such is still highly regrettable because one needs to be exposed to as many voices and positions as possible in order to develop not only a full picture of a subject but also to set the popularly acclaimed works in context. And thus decide if they are worthy of the plaudits. Ungainly as the title of Falkenberg’s Museum’s new exhibition unquestionably is, as a presentation of some of those “unknown” designers and manufactures who helped shaped post-war Swedish furniture design, Folkhem Form promises to be an important exploration of what one could describe as one of the many “missing links” in the evolution of both European and Scandinavian furniture design. Not least because of the promised focusses within the exhibition on female designers and experimentations with new materials. 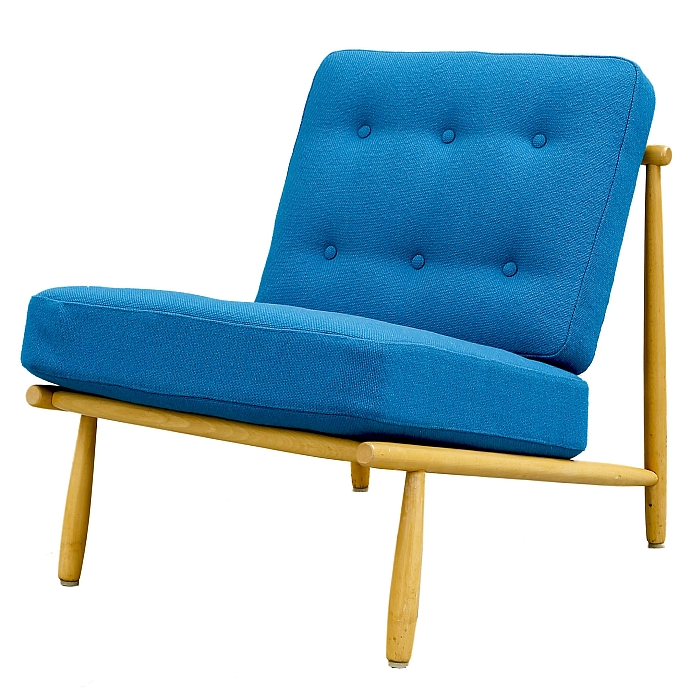 Something is stirring in the French design conciousness. Obviously very aware that the rest of Europe tends to look somewhat pityingly on the apparent lack of French design talents of true international standing, the national pride is starting to boil, and following Le Centre Pompidou’s Pierre Paulin retrospective, comes a major retrospective of another Grandseigneur of French industrial design, Roger Tallon. Initially trained as an engineer Roger Tallon began his design career as a consultant for the US firms Caterpillar and DuPont before joining the French design agency Technès with whom he cooperated for some 20 years before establishing his own studio in 1973. In addition to creating numerous white goods for US manufacturer Frigidaire, industrial robots for Peugot, furniture collections for Sentou or Galerie Lacloche and designing the route maps for Paris’s high speed RER rail network, Roger Tallon created objects across all manner of domestic, commercial and industrial genres. And the TGV Atlantique, TGV Duplex and Eurostar trains. In addition to his own design work in 1963 Roger Tallon was appointed founding Professor of the then newly inaugurated Industrial Design department at the École nationale supérieure des arts décoratifs in Paris, a design school whose alumni include one Bouroullec, R. Promising a fulminate trip through Roger Tallon’s oeuvre Design in Motion has all the makings of being a very welcome introduction to one of the major figures of France’s post-war industrial design tradition. And a reminder that such exists. 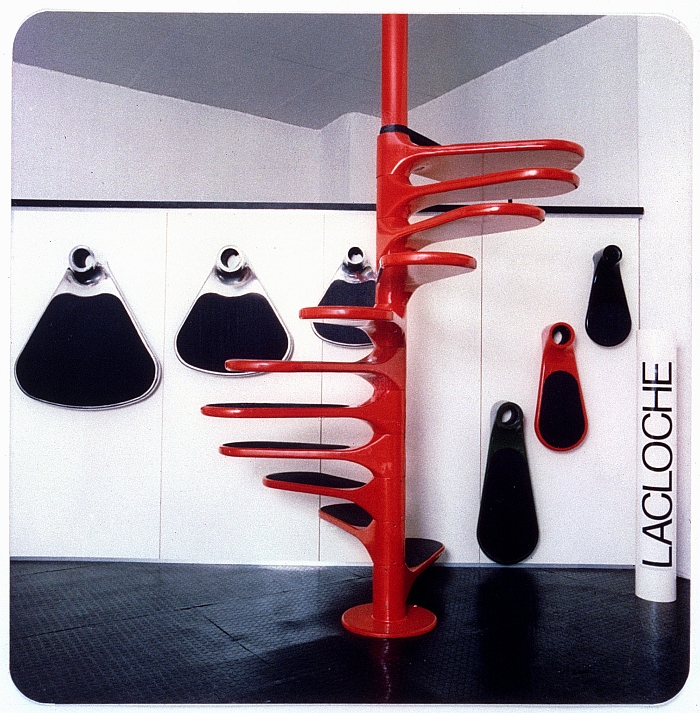