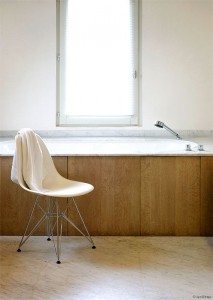 On a recent trip we discovered a genuine Herman Miller Eames fibreglass chair bench at an airport. Being a relatively small airport – in fact so small that the word “airport” appears optimistic in describing it’s capabilities – our frenzied photographing of the chairs and the Herman Miller stickers caused quite a lot of amusement.
And that among individuals who spend their spare time photographing aircraft!!!

Anyway, once we’d calmed down a little we started reflecting a little on Charles and Ray Eames and their fibreglass/plastic chairs.

For many years the concept of a seating shell that perfectly supported the body was a pre-occupation of Charles and Ray Eames. Following unsuccessful attempts with plywood and sheet aluminum the pair returned, as it were, fibreglass. Charles had, together with his friend and mentor Eero Saarinen created the Organic Chair, also known as the Conversation Chair, for the 1940 “Organic Design in Home Furnishings” competition at the New York Museum of Modern Art (MoMa). However, only now in the late 1940s was the production technology such that fibreglass chairs could be produced economically and in suitably large numbers. In 1950 the two, for their time revolutionary, Eames fibreglass chair shells appeared on the market: the A-shell, with armrests, and the S-shell, without armrests. 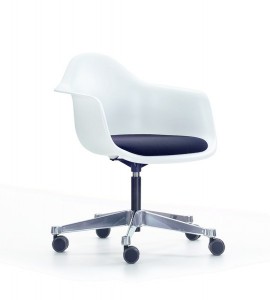 PACC by Charles and Ray Eames from Vitra

The genius of Charles and Ray Eames, however, comes in the next stage. Having designed two shells the designers then created a range of bases on which to place the shells; namely, the rod (wire) base, the wooden base, the X-base and the cast base on castors. In1955 the range was extended with a stackable base. Thus Charles and Ray Eames created a seating family where the base can be chosen to fit location, use and function while the seat remains the same familiar, comfortable shell.

By 1957 when Vitra received the license to produce the work of Charles and Ray Eames in Europe, the fibreglass chair range was well on its way to becoming a true classic of 20th century furniture design. 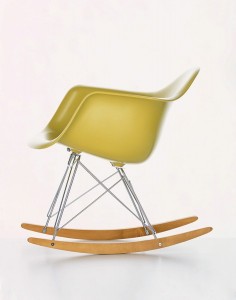 RAR by Charles and Ray Eames from Vitra

In 1992 both Herman Miller and Vitra switched production from fibreglass to polypropylene: the design and form remain the same, just the environmental impact of production and disposal is reduced.

With their high, flexible backs, deep seat pockets, and waterfall front edges the Eames plastic chair range offer a comfortable seating experience  – be it for a couple of minutes in an office, for the duration of a meal or a longer evening at a concert of other social event.

But much more importantly, through the plastic chair series Charles and Ray Eames could realise one of their principle design aims; “The most of the best to the greatest number of people for the least”

smow offer the following variations of the plastic chair by Charles and Ray Eames:

DSS-N/DSS : Dining Height Side Chair Stacking Base (available with or without connecting element)

PSCC : Pivot Side Chair Cast Base on Castors

And the perfect companion for all chairs – the LTR Occasional Table: Low Table Rod Base