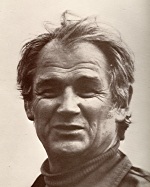 Our preparations for the 2010 IMM in Cologne are advancing apace and one particular highlight looks like being the Richard Lampert stand which will be celebrating the 100th birthday of Herbert Hirche.

Born in Görlitz Hirche is in many ways the “forgotten” Bauhaus student; and that despite his considerable contribution to post-war architecture and design in Germany.

After completing his carpentry apprenticeship Hirche enrolled in Bauhaus Dessau in 1930 and moved with the school to Berlin 1932 where he remained a student until Bauhaus closed in 1933. Among his lecturers at Bauhaus were Wassily Kandinsky und Ludwig Mies van der Rohe, in whose office Hirche worked after the closure of Bauhaus until 1938. In 1939 Hirche took up a position with Egon Eiermann, with whom he remained until Eiermann departed for western Germany in the final weeks of the Second World War. Hirche himself remained in Berlin and played a key role in the rebuilding of the city as Principle Officer in the Housing Department.

In 1948 Hirche started a second career direction when he joined the teaching staff at the newly established Hochschule für Angewandte Kunst in Berlin Weißensee. In 1950, partly for political reasons, Hirche moved to Stuttgart where, in addition to his own design work, he also took up the position as Professor for Interior and Furniture Design at the Akademie für bildende Künst, where he also served as rector from 1969-71.

Among Hirche’s most important furniture designs are his 457 Sessel for Wilkhahn, his Teewagen for Holzäpfel and his “deep lounger” from 1953 which never entered series production during Hirche’s lifetime, but has been produced by Richard Lampert since 2000.

For 2010 Lampert are expanding their range with two further Hirche products.

We’re excited. You should be too.

In addition to Hirche, the Lampert stand in Cologne will also feature new products from Hirche’s contemprorary Egon Eiermann, including new table tops for the Eiermann table frame and new cushions for the Eiermann E 10 Rattan Chair.

Your (smow)blog will of course bring you reviews, opinions and photos from products old and new. 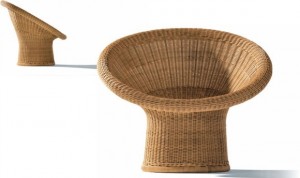