For us one of the stand-out projects submitted to the 2013 International Marianne Brandt Contest was without question 2tables by Chemnitz born, Dresden University of Applied Sciences educated, Berlin based, designer Anna Albertine Baronius.

And no, we’re not just saying that because it won the (smow)/USM Haller/Vitra Special Award, that decision was made by forces much wiser than us. We do our thing independently. However just occasionally we all arrive at the same conclusions.

As the name implies 2tables combines two tables in one object – with the top/lid raised it can be used as a desk, lower the top/lid one not only hides all evidence of work, but gains a homely wooden table – and all packaged in a delightfully formed and elegantly crafted object which is endowed with the sort of attention to detail that separates genuine design from the run of the mill tat that is often presented as design.

For all the mechanism that controls the inbuilt light, the cable routing, the magnetic backboard and the attention to detail in the drawers, or perhaps more accurately put, the fact that the drawers are even there, make 2tables a real joy to behold. That and, as we say, the intelligent way the object has been constructed and its well considered, neatly proportioned form.

2tables is and remains predominately an object for placing against a wall, you couldn’t, for example, have it free-standing in your loft kitchen; however, when closed it exudes the innocent charm of a telephone table, albeit in extended dimensions, and as a sleek, reduced wooden object it can be added to nigh on any space without looking as if it has been crowbarred in.

We have heard criticism that because the top is also a lid you can’t do what most everyone does with a table: pile things on top of it. “Of course 2tables needs to be cleaned up after use, like any other table does”, responds Albertine, “but it furthermore creates the possibility to guard all working devices, with open books, papers and notes pinned all over the white board, ready for you to work on the next morning.” And for us that is also part of 2tables’ appeal: it forces you to consider what you do and why. Thus hopefully changing your behaviour. Half a lifetime ago two elderly ladies told us “… don’t put something on a table that belongs in a cupboard or on a shelf. Pack things away when you’re finished with them and you have less problems later.” We’ve always known they were right. Have never followed their advice. 2tables is the sort of object that helps condition a more sensible daily routine.

And conditioning design is good design.

And we’re not the only ones who think so, in addition to the (smow)/USM Haller/Vitra Special Award at the Marianne Brandt Contest 2tables was also awarded an appreciation in the product design category and won the public award.

Those wanting to experience 2tables for themselves will next have the chance when it is displayed from 10th – 12th January as part of the Staged competition being presented as part of the Room+Style trade fair in Dresden.

To find out a little more about 2tables, and its designer, we met up with up with Albertine Baronius and began, as ever, with our standard opening question, why product design?

Albertine Baronius: For a long time I had no concrete idea as to what I wanted to do, and it took more or less a year after finishing secondary school before the idea to study design established itself. As a child I’d always cut pieces out of home shopping catalogues and used them to create houses, but it wasn’t until my gap year that the idea to do something creative took shape. And then I visited an open day at Dresden, was impressed with what I saw and applied.

(smow)blog: The Dresden University of Applied Sciences isn’t a institution we’re that familiar with, how is the course there organised, is it just “design” or were there, for example, also business elements involved?

Albertine Baronius: I can only speak for how it was back than during my education finished with a diploma. Probably a lot of things changed and for good, with the transformation to bachelor and master courses. In general the course is a good mix of subjects and in addition to, for example, design theory, design history or typography there are also classes in civil engineering and mechanical engineering. On the whole the course is geared towards industrial design, furniture is only a small part. In terms of business elements I would say there could have been a little more, there was, for example, a course in intellectual property rights, but in general the business side of the design profession was under-represented and is something that could be expanded.

(smow)blog: And now you’ve swapped Dresden for Berlin, how is the “creative Berlin” reality?

Albertine Baronius: It’s a wonderful city to live in, but there are so many creatives here, everyone seems to be doing something creative, which means that it can be difficult to make your voice heard and to attract attention to your work. At the same time it is a good opportunity to connect with all the other creatives, exchange and benefit from it and of this creative hub.

(smow)blog: …..in that sense you currently have several jobs, in addition to furniture you also design and sell jewellery work as a communications designer and as a freelance designer, was that a concious decision on your part or as a young designer in a city such as Berlin must one be flexible….

Albertine Baronius: It just sort of worked out that way, not least because with furniture design the process is so long that as a young designer you don’t have an income you can rely on. That said, at the moment I’m really enjoying the variety, but in the longer term the plan is to be able to live from product and interior design alone.

(smow)blog: Interior design is a good bridge… briefly what was the background idea to 2tables?

Albertine Baronius: Students have always tended to have the problem of living and working in the same, generally small, space; and these days that isn’t something that only applies to students, lots of people lack space, for all in larger cities with high rents. And so the idea was to develop an object which combines work and private uses in one piece of furniture that is suitable for domestic settings.

(smow)blog: Given this dual role, during the development phase was the form or the function of the object more important?

Albertine Baronius: The principle focus was definitely the functionality, and then came the process of packaging that functionality into an appropriate form. That said, from the beginning it was my intention that it should be an object that melts delicately into the background, so somewhere where you can work, but then close the lid, forget about work and not be constantly reminded by a having a desk standing in the corner of the room.

(smow)blog: And in that sense, where were the biggest challenges?

Albertine Baronius: The most difficult technical aspect was integrating the lamp, but also the forming of the legs took a little time to get right, so to find a form that had this multi-functionality, but doesn’t look like “a desk.”

(smow)blog: Briefly to end, what is your plan with 2tables, self production or are you looking for a producer?

Albertine Baronius: The project has only been formally finished since September 2013 and so the search for a producer is only just beginning, and certainly the idea would be to find producer. I’m aware that 2tables is a somewhat more complicated product than a standard table or standard desk, but I’m hopeful of finding a manufacturer who is as convinced in the product as everyone else has been up until now. 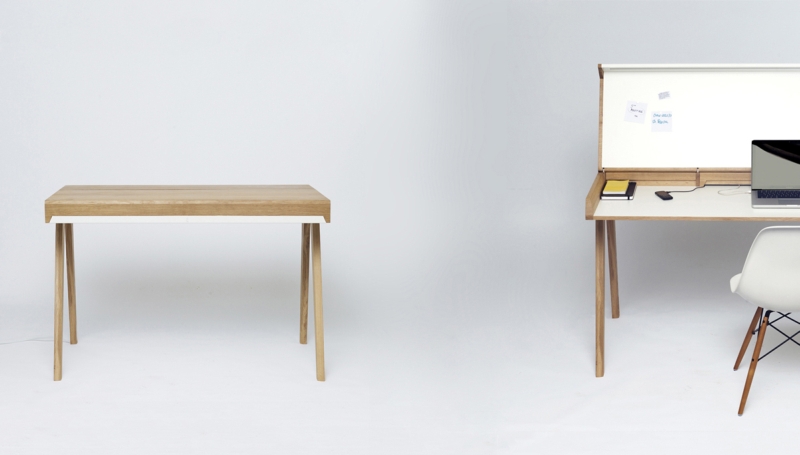 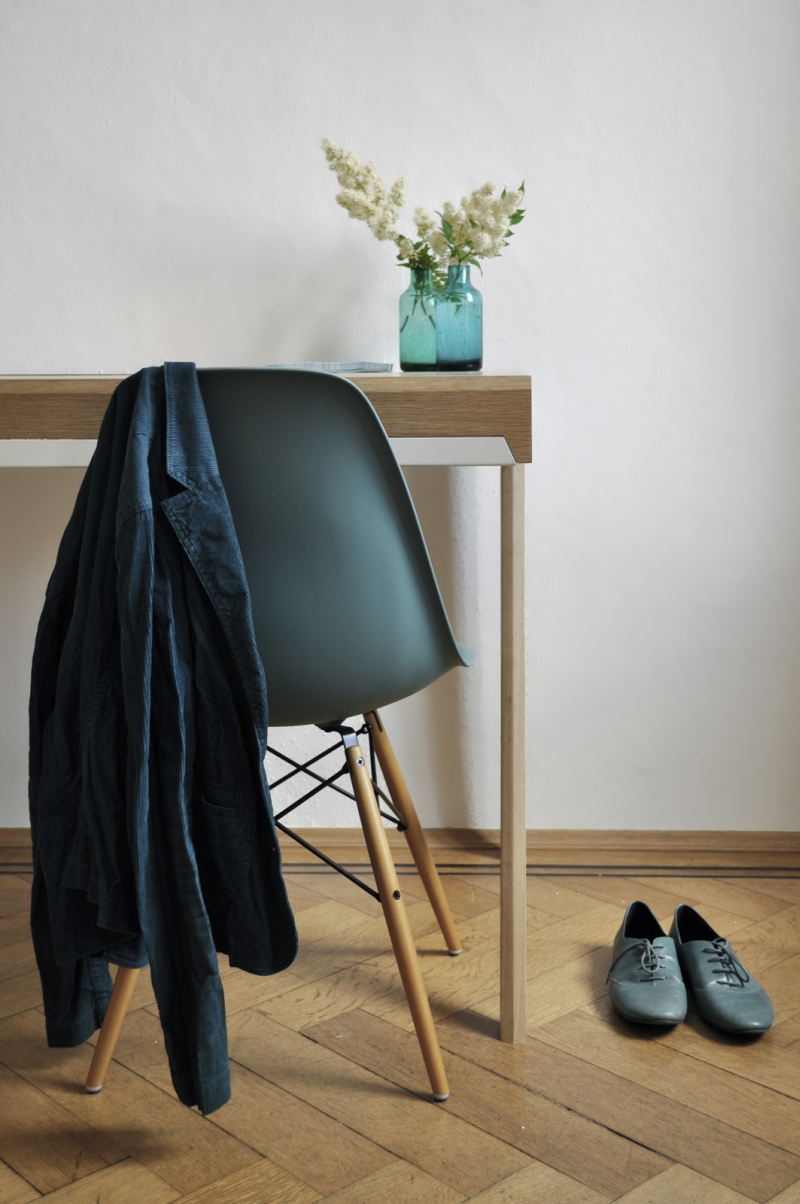