Just to be clear:

Despite posting twice about them in little over week, we’re not paid to do PR for Budapest based architecture/design collective Architecture Uncomfortable Workshop.

However, during our 2014 Danube Design Voyage we have been introduced to numerous examples of the collective’s work. And have generally been very impressed with what we have seen.

Such as their table which was presented as part of the NoNonszensz exhibition staged during Budapest Design Week 2014.

A table whose name we sadly forgot to note. And which even more regrettably isn’t listed on their website.

But which is a truly delightful piece of work.

Largely because of the way it appears to take up a lot less space than it actually does.

It’s not a big table, it’s only a “two seater”, but is an effortlessly compact two seater which offers more than enough space for two people without taking up unnecessary space itself.

And that is a rare and valuable thing in today’s troubled society.

The beauty of the design is the leg construction principle that allows the table to be used from both sides, while at the same distracting the observer from the size of the table top, and giving each “sitter” a sense of freedom through the “missing” legs.

As we say it’s not a big table, but appears smaller and more compact than it is.

Yes you can argue about the “D.I.Y.” optic, and we certainly would. While at the same time accepting and understanding that it is part of the AU Workshop design philosophy.

Similar arguments can be made about the collective’s “Desk Chair” which was also being displayed at NoNonszensz . If we’re honest it took us quite a long time to decide if we actually liked Desk Chair, largely because one has to disregard all previous conceptions about the art of sitting in order to fully understand the piece. But once you’ve opened your mind to new ideas, Desk Chair is a very interesting object. One that possibly needs a little more development and refinement, but is still a very interesting object.

As of course is the AU Workshop Candlestick from our previous, Vienna Design Week 2014 post. 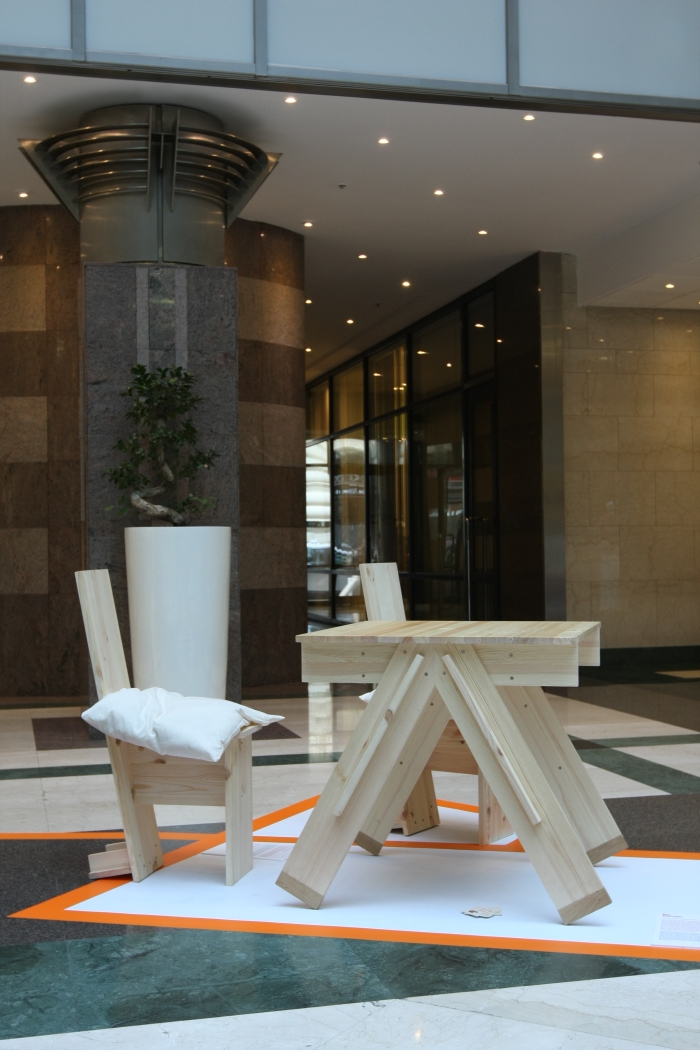 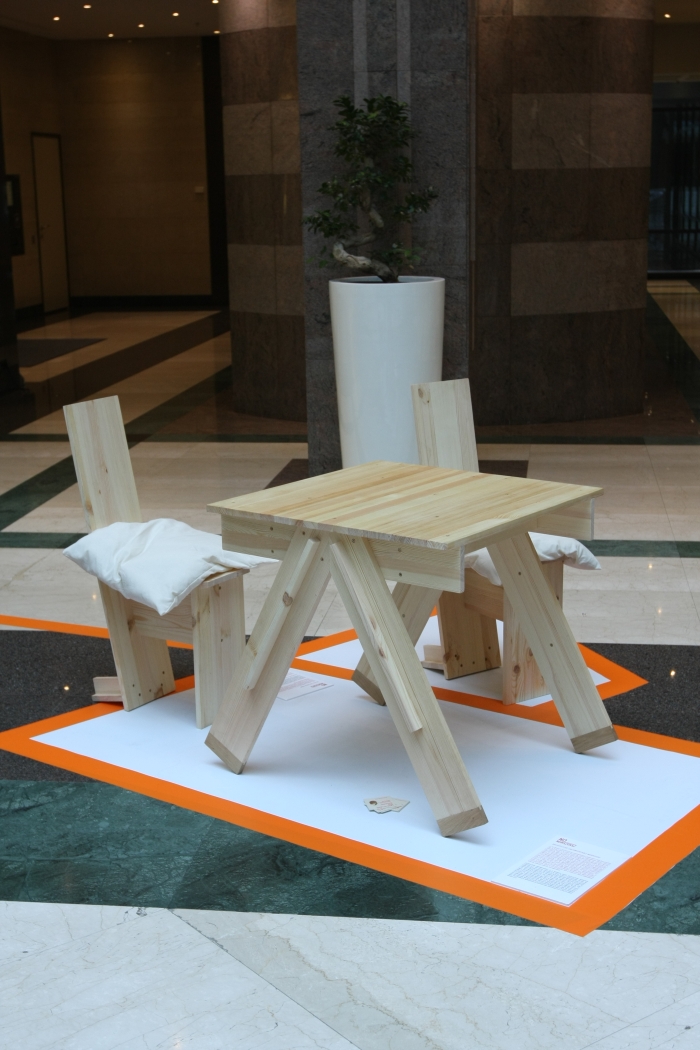