Space is, as any Trekkie will tell you, the final frontier.

And does the interior of a spaceship need to be aesthetically pleasing?

For most of us such questions are largely theoretical; for astronauts, cosmonauts and those who send them into space, such questions are more pertinent and relevant, on the one hand the technical world of a spaceship must be clearly designed and usable, on the other space travellers have, in addition to a requirement for safety, a need for both relaxation and aids to help them live and work in the gravity free environment, and all that in context of the materials and construction principles applicable for a spaceship. Until November the Deutsches Architekturmuseum in Frankfurt are presenting a special exhibition devoted to the solutions developed by one of the branch’s pioneers and most prolific protagonists, the Russian architect Galina Balashova.

Born in 1931 Galina Balashova studied architecture at the Moscow School of Painting, Sculpture and Architecture and in 1957 took up a position with the Russian spaceship and space-station builder OKB-1. Initially concerned with constructing the earth based factories and employee accommodation, in 1963 Galina Balashova took on responsibility for the interiors of the Russian spacecraft including the Voskhod and Soyuz spaceships, the ill-fated Buran orbiter project and the Salyut and Mir space stations – and according to those better informed on such matters than us, Galina Balashova’s interior design for the cockpit and living quarters of Mir were subsequently taken on by the International Space Station, ISS.

Largely based on Galina Balashova’s charmingly evocative and expressive watercolours Design for the Soviet Space Programme promises to give rare prominence to an aspect of the global space race that is seldom given any attention, yet one which in future years will become something that is not just pertinent and relevant to astronauts, cosmonauts, taikonauts and their ilk, but us all. For should we enter a future with commercial space travel, space station hotels and moon colonies, questions as to the importance of spaceship aesthetics will cease to become so theoretical.

The designs of Galina Balashova offer an excellent place to start exploring, seeking answers and to boldly go where only very few have gone before.

Full details can be found at www.dam-online.de 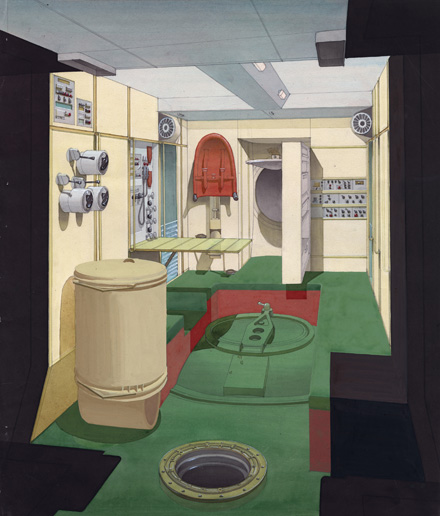 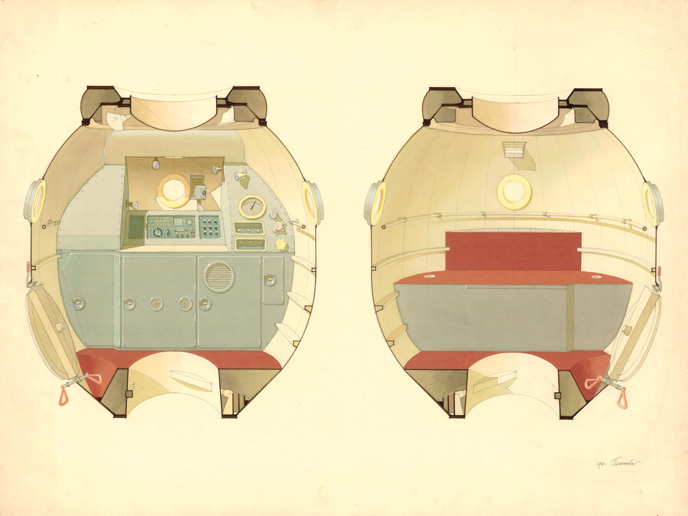