In the complete interview with Matylda Krzykowski ahead of the Depot Basel exhibition Forum for an Attitude, there is a statement from Matylda which try as we might we simply could not crowbar into our published text: “most people have never visited a design show, art shows yes, but not design shows”

It hadn’t occurred to us before.

You don’t go to design museums do you?

That needs to change, the following five new openings should provide a perfect incentive…….

In 1919 Ferdinand Kramer enrolled at Bauhaus Weimar. Only to depart again a few weeks later, disappointed at the lack of formal architecture training at the school. Not that the decision in any way harmed his career. Before joining Bauhaus Kramer had been a student at the Technischen Hochschule in Munich, an institute he returned to and from where he graduated in 1922. In 1925 Ferdinand Kramer returned to his native Frankfurt to assist city planner Ernst May with the so-called “Neues Frankfurt” urban planning and housing estate development, one of Germany’s most important modernist projects. Following Ernst May’s move to Moscow in 1930 Ferdinand Kramer remained in Frankfurt working as a freelance architect until his Nazi-enforced emigration to America in 1938, where he remained, working as architect and designer, until in 1952 he was appointed Buildings Director at Frankfurt University, an institution he rebuilt and refurnished according to his own functionalist ideals. Following on from Frankfurt Museum Angewandte Kunst’s exploration of Ferdinand Kramer’s design work in the 2014 exhibition The Kramer Principle: Design for Variable Use, LINE FORM FUNCTION explores Kramer’s architectural works and legacy.

“LINE FORM FUNCTION. The buildings of Ferdinand Kramer opens at the Deutsches Architekturmuseum, Schaumainkai 43, 60596 Frankfurt am Main on Saturday November 28th and runs until Sunday May 1st

We’ve never really “got” Joris Laarman, which is what makes the promise of the Groninger Museum’s forthcoming exhibition so appealing. Following his graduation from Eindhoven Design Academy in 2003 Joris Laarman established, together with the film-maker Anita Star, the Joris Laarman Lab in Amsterdam; a design studio which they operate as an “experimental playground to study and shape the future”. Concrete that means they employ contemporary science, technology and materials to develop, for example, new production process, new product genres and new approaches to conventional concepts and products. We’ve just never understood what it is about Joris Laarman’s approach that makes the Joris Laarman Lab’s work more interesting than that of other studios; however the fact that Joris Laarman objects are held by museums such as the MoMA New York, V&A London and Centre Pompidou Paris certainly speaks in favour of the Joris Laarman Lab’s approach and output. As does the fact that our favourite Norwegian designer Erik Wester spent five months working in the Lab. Promising various experimental objects from the Joris Laarman Lab, including detailed explorations of the manufacturing processes and the technical, scientific and theoretical backgrounds, the exhibition should help explain to us, and all who are unfamiliar with the studio, of the importance of Joris Laarman’s work for contemporary design, and thus for contemporary society. 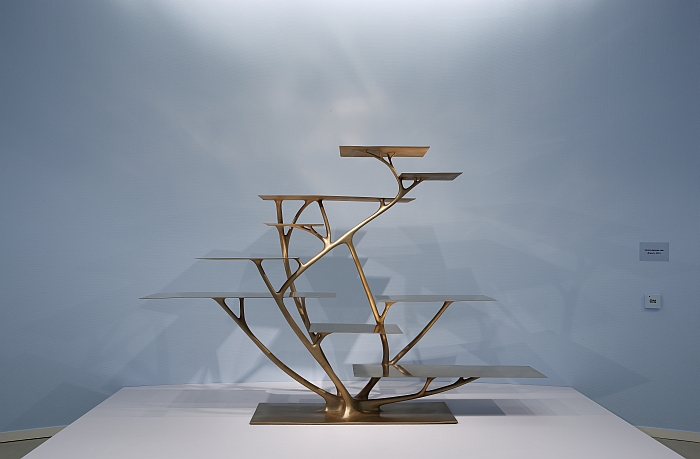 Depending on how old you are, and where you come from, Brooklyn’s Coney Island has different meanings, conjures up different images and engenders different emotions. Which is surely one of the defining hallmarks of a great cultural institution, it grows, develops and evolves with a society, it always mirrors the Zeitgeist and thus always remains relevant. We were there once. It was September. The amusement park was closed. The sea was cold. The sunset unforgettable. The pizza delicious. The D train dirty and unpretentious. Bruce Springsteen’s Born to Run had never made more sense. “Runaway American dream”. Cliched? Invariably. But then that’s America for you. Documenting neigh on 150 years of change and development on the shores of the Atlantic Ocean, Visions of an American Dreamland promises some 140 objects including paintings, photos, and physical objects which not only chart and document the evolution and development of Coney Island from a simple seaside resort to a popular byword for Americana, but which also according to the curators charts the growth of mass consumption and consumer culture in America. For our part we’re hoping it also provides some insights into the emotional bonds and connections, both positive and negative, which can develop between rational human beings and a physical location. 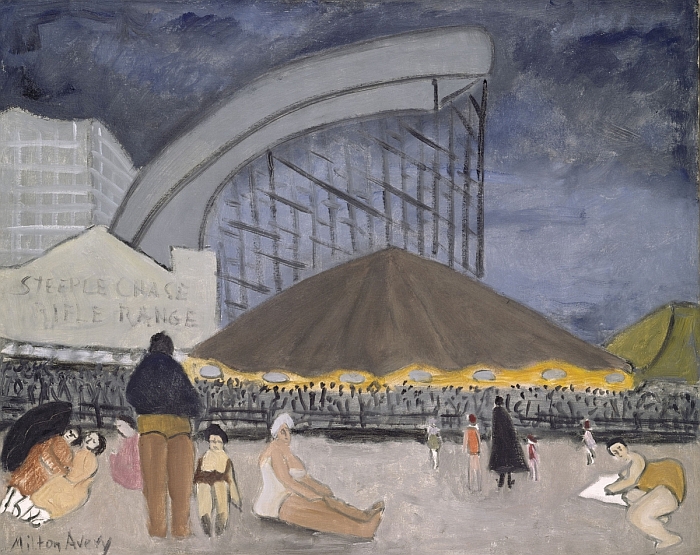 Just when you think you’ve seen everything, endured every emotion its possible to put a human psyche through, have been surprised so often the expected has become the norm….. the Grassi Museum for Applied Arts Leipzig announce that they are hosting the exhibition Konstantin Grcic – Panorama. And its like seeing snow for the first time.

Fear and fascination. Is the world ending? Is this nirvana? Overcome by confusion and unsure whether to laugh or cry you do both. And have never felt so alive.

Grassi and Grcic may be very similar phonetically, but……

Which is of course exactly what makes the decision to host the exhibition in Leipzig so exciting. The original show in the Vitra Design Museum was, in effect on home territory, a safe bet, as with the last show at Z33 in Hasselt, Belgium – Z33 being as they are co-organisers of the exhibition. Between the Vitra Design Museum and Z33 shows Panorama was hosted at ArkDes in Stockholm, a presentation Konstantin Grcic told us he found very satisfying because of the industrial feel of the ArkDes building. And now the Art Déco splendour of the Grassi Museum, the challenge of stimulating and engaging in an environment which if not hostile, is not one in which charachters such as Panorma are normally to be found in, and of course the mouthwatering possibility of the Grassi Orangery hosting the social critical Public Space section of Panorama, with its experimental Landen seating object, Chair Ones and Neil Campbell Ross’s 30m fantasy cityscape mural.

Konstantin Grcic – Panorama opens at the Grassi Museum for Applied Arts,  Johannisplatz 5-11, 04103 Leipzig on Thursday November 26th and runs until Sunday May 1st

The Public Space presentation of Konstantin Grcic – Panorama, as seen at the Vitra Design Museum, Weil am Rhein. And coming soon to the Grassi Museum for Applied Arts Orangery

The great irony of the touch screen is that since they became ubiquitous we’ve stopped touching things. Other than screens.  A dry technical operating instruction becoming a command issued by our digital masters.

Consequently much as industrial agriculture has made our sense of taste surplus to requirements so to does contemporary digital culture threaten to make haptic something our grandparents enjoyed and about which we can read on Wikipedia. Through a touch screen.

Yet touching objects is not only one of the most natural and innate of human actions, but is also responsible for patinas, is responsible for wear and tear and thus a separation of old from new, the familiar touch is something comforting in those moments when modern life is more threatening than rubbish, and thus touch plays an important role in how we develop long term, emotional relationships with objects and so the world around us.

The one place where one could always be guaranteed not to be allowed to touch things was of course a museum; consequently it makes perfect sense that as touching becomes rarer a museum should explore the importance, role and function of touch. Through a selection of contemporary industrial products which visitors are encouraged to touch, press, feel and poke, the Museum für Gestaltung in Zurich aim to highlight the importance of touch and thus, and as with eating a home grown tomato, remind us all of what progress is denying us.