As we stood looking at some mighty fine, but horribly over-carved, wooden furniture at the Salone in Milan a female colleague confided in us that all she needs is some leather straps and a few bits of bent metal.

Trying not to show our horror at this outburst of candour, we asked if she had a meeting with El Presidente that evening.

“No, no” replied our erstwhile colleague, “Bauhaus. That’s my idea of good design” 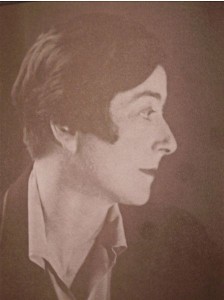 We recite this tale here principally to amuse ourselves, but also by way of a gentle introduction to the new smow Eileen Gray range.

Although for many Gray’s work will not as familiar as that of Marcel Breuer, Le Corbusier or Mies van der Rohe one should not underestimate the contribution made by Eileen Gray to the development furniture design in the 20th century.

Born in the barren wilderness of County Wexford, Ireland, Gray studied painting at the Slade School of Fine Art in London before moving in 1902 to Paris, a city that was to play a key role in her career.

Paris had already introduced her to the work of Charles Rennie Mackintosh through his exhibition at the Exposition Universelle in 1900 and was to introduce her to Japanese lacquer artist Seizo Sugawara from who she learnt the art, combining it with elements of Art Nouveau. Paris was also to introduce her to the Romanian architect and publisher Jean Badovici who encouraged Gray to try her hand at architecture. 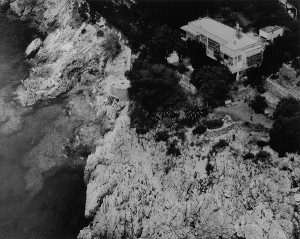 In 1924 Badovici and Gray started work on the house E.1027 on the southern French coast, not far from Monaco. In addition to being a magnate for the European design elite – Le Corbuiser was so impressed he built his summer residence nearby – a house needs furniture and Gray designed this to a great extent herself.

Through exchanges and conversation with the likes of Le Corbusier and the leading figures in the Bauhaus movement Eileen Gray not only created some of the true classics of early-20th century design but helped to define the Bauhaus principles of form follows function and less is more. And in doing so paved the way for following generations of designers such as Charles and Ray Eames or Jasper Morrison.

Following World War II Eileen Gray lived a quite, almost reclusive life, in Paris, and although she was still working she never achieved the same prominence as in the interwar years. Gray died in Paris in October 1976 aged 98. 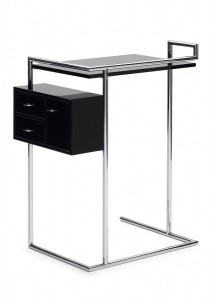 Whereas the post war years brought little acclaim for her work, today articles by Eileen Gray are amongst the most copied pieces of early-20th century designer furniture. Which is probably the greatest testement one can make to the value of an article of designer furniture.  It goes without saying that all the Eileen Gray articles sold by smow are, as with all articles smow sell, officially licensed originals with the associated guarantee of quality craftsmanship and competent after sales service.

The inter-war years were some of the most important and revolutionary for European furniture design. The social and cultural upheavals of the day coupled with the new perspectives and priorities resulting from the Great War not only gave us a wonderful portfolio of great design, but changed the very nature of the design process. Eileen Gray was a key figure in that period.