While critics denounce such as an easy and obvious way to generate content – for us reviewing the past year is an important step in planning our activities for the coming year: where to go, who to talk to, what to sit on and, just as importantly, what to ignore or give up.

The only real problem for us is that in preparing such we realise just how much material we haven’t had the chance to use – and so receive an impression of how much more material we will acquire in the coming year. 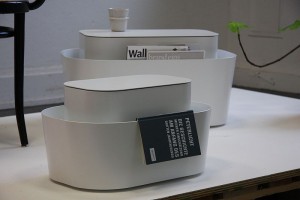 The year started, as ever, with IMM and Designers Fair in Cologne. Aside from the opportunity to roll out a few anti-carnival gags the trip introduced us to some wonderful new products/designers, specifically; Uli Budde, Christian Lessing, Martin Neuhaus, Alexander Gufler, maigrau, Tim Baute etc, etc, etc…

A further highlight was the introduction of Herbert Hirche’s Interbau 57 armchair through Richard Lampert.

Negative was the lack of innovation and – if we’re honest – quality on display at IMM. For Germany’s most important furniture trade fair it just simply wasn’t good enough.

In February we were then on much safer ground with the opening of the VitraHaus on the Vitra Campus in Weil am Rhein and a visit to the MoormannHaus in Aschau in Chiemgau. 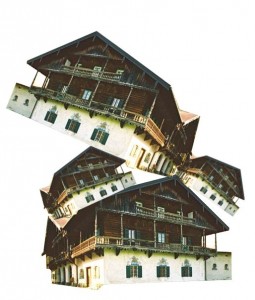 Aside from the way the VitraHaus majestically appears before you, for us the real joy is the decision to include “non-Vitra” items in the displays – very much in the spirit of Charles and Ray Eames‘ “Collage” principle of interior design.

If we did have one wish for 2011 it would be that rather than only including established designers, that Vitra include one or the other design from a young designer or two in the VitraHaus exhibition space.

VitraHaus is big enough to give young talent a chance.

While the MoormannHaus is every bit as spectacular a piece of architecture as Vitra’s, the real highlight of the trip to Aschau was Berge – the Moormann auberge

Much more than a delightful base for a trip to the Bavarian Alps – Berge is much more a wonderful introduction to the Moormann philosophy.

In March (smow)airport systems premiered their range of USM Haller based airport solutions at the Passenger Terminal Expo 2010 in Brussels. Created in cooperation with USM Haller , (smow) airport systems have developed a range of solutions for both operative, Lounge and Retail areas of airports – solutions that were very well received by the PTE visitors.

The company name and structure may have changed since PTE 2010 but we will be at PTE 2011 in Copenhagen to both follow the development of the project as well as to report on other developments in airport / public area furniture world. 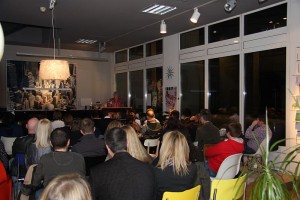 Full house in the (smow)room for the Leipzig Buchmesse readings

Back in Leipzig March is Buchmesse and March 2010 saw the most successful series of readings ever in the (smow)room in Burgplatz.

Starting with Grillsaison from Philipp Kohlhöfer and then moving on over “New voices from Switzerland” to “Meine Frau will einen Garten” by Gerhard Matzig the three readings provided three very different if equally enjoyable experiences.