If etymologists are to be believed the name “June” is derived from the Latin word iuniores – younger, so junior – a word that has also given us Juniperus. And Juniperus communis gives us the juniper berries that give gin its magic.

And what is an exhibition opening without gin?

And so what better month to visit an exhibition opening than June?

Switzerland is so expensive that for most non Swiss Franc earning mortals fresh air is about the only thing there you can actually afford. That’s not the reason for recommending the Lausanne Jardins festival: It’s just a very, very depressing fact.

Initiated in 1994 the inaugural Lausanne Jardins took place in 1997 with a series of horticultural interventions around the theme of “Garden Making”. Following further editions in 2000, 2004 and 2009 the 5th edition of Lausanne Jardins presents 25 projects by international designers, architects, landscape architects, artists and gardeners under the motto “Landing”.

Far from being simply a staid presentation of pretty plants, shrubs and trees Lausanne Jardins seeks to offer alternative visions of how “nature” can be integrated into our cities, homes and daily lives, of alternative uses of plants in urban spaces, and generally sets out to remind us that towns aren’t just about buildings, roads and fast food restaurants.

And so, for example, in addition to architectural rooftop greenhouses, transportable, mobile gardens or installations designed to encourage wildlife, Lausanne Jardins also promises a “wormcomposter” in Monbenon Park and a presentation of cigarettes with flower seeds in the filter, a concept that promises to transform mundane urbane waste into something altogether more visually pleasing. 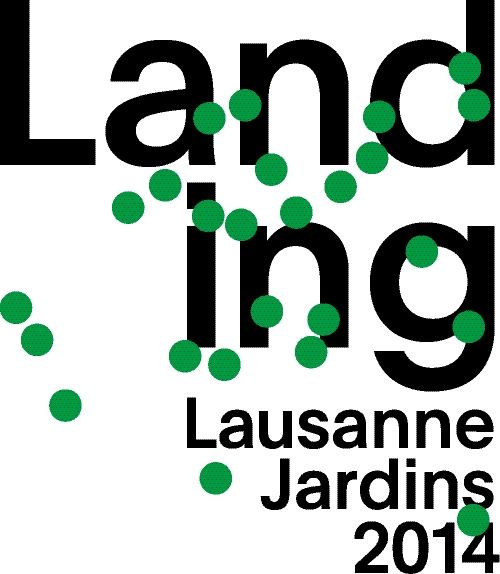 Little scares us quite as much as the close proximity of the words “Spanish” “food” and “design”, for we always fear that there will follow a hagiography to the unpalatable spectacle of gullible fools parting with their money for food that doesn’t exist…..just because someone told them “its great!”

Enough people die everyday because they have nothing to eat without rich Europeans rubbing it in.

Fortunately the exhibition Tapas: Spanish Design for Food isn’t about such social irresponsibility, or at least not completely, we do however fear it will crop up somewhere.

Principally the exhibition seeks out to explore the interdependency of the relationship between food and design and for all how the peculiarities of Spanish culture have led to intrinsically Spanish solutions in design for and around food. A touring exhibition curated by the Acción Cultural Española, Tapas: Spanish Design For Food is divided into the, if you will, three chronological phases of the domestic food consumption process – The Kitchen, The Table, and The Menu – and promises to present photographs, videos art and products which explain the “fusion of design and gastronomy in Spain” 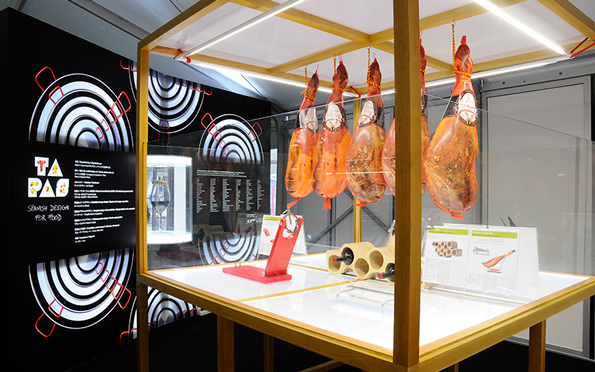 All who find themselves getting increasingly wound up at the perceived, believed, ever narrowing border between art and design could do worse than visit the forthcoming Gaetano Pesce retrospective at the MAXXI – Museo nazionale delle arti del XXI secolo in Rome.

Born in La Spezia in 1939 Gaetano Pesce studied architecture at the University of Venice where, aged 19, he joined the avant garde Gruppo Enne artist movement. A movement that has influenced his work, his understanding of his work and his approach to his work ever since.

Gaetano Pesce first reached a global audience in 1969 with his UP family of armchairs. Constructed from cold formed polyurethane foam the UP chairs are sold as vacuum packed rolls. Upon opening the packaging the chair “inflates” to its full size. And form: that of an abstract female body attached to the ball-like ottoman by a chain. An unmistakable piece of political and social commentary. And a work typical for Pesce’s uncompromising approach of mixing statements with his work.

An approach that means Gaetano Pesce’s works come perhaps closer than those of any other designer to being a genuine mix art and design. And that for over forty years!

In addition to an exhibition exploring Gaetano Pesce’s life and work the MAXXI are also promising an oversized version of UP and a series of site specific installations by Gaetano Pesce. 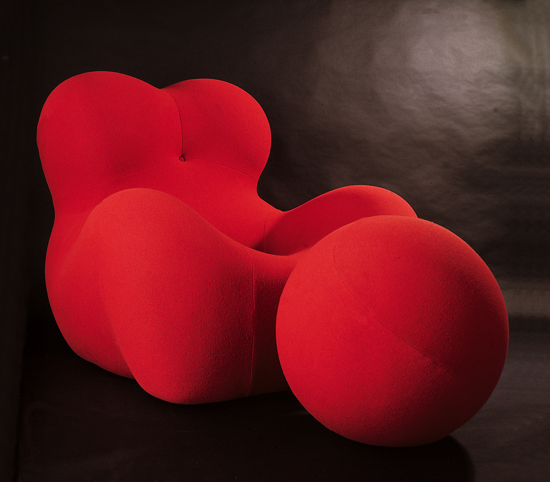 To mark the centenary of Ilmari Tapiovaara’s birth the Finnish Design Museum in Helsinki is devoting a major retrospective to one of the most important protagonists of “Scandinavian Modernism” yet one who remains largely in the shadows of the likes of Alvar Aalto, Arne Jacobsen or Hans J. Wegner.

Following the completion of his Interior Design studies at Helsinki Central School of Arts and Crafts – the wonderfully named Taideteollisuuskeskuskoulu – Ilmari Tapiovaara undertook a six month tenure in Le Corbusier’s Paris studio before returning to Finland to first take up a position with Finnish furniture manufacturer Asko Oy in Lahti before subsequently undertaking ever more freelance projects.

Presenting examples of Tapiovaara’s interior designs and furniture complimented and extended by previously unseen sketches from his archive, the Helsinki Design Museum exhibition promises to highlight for all the designer’s social responsibility and the importance of sustainable development as represented in Tapiovaara’s canon.

A further reason for recommending the exhibition is that when it closes, another important European design museum will open a major Alvar Aalto retrospective; thus making 2014 an excellent year to get a full(er) picture of 20th century Scandinavian design. 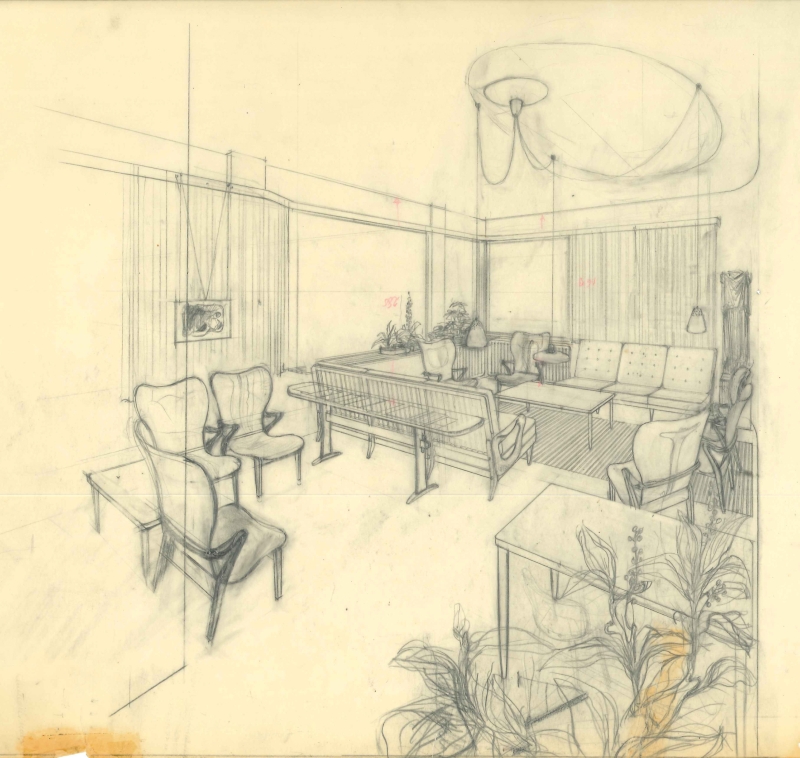 “Design for Social Impact” at Museum of Design Atlanta, USA

We can, in all honesty, say nothing, but nothing about this exhibition. Because the museum website gives no detailed information.

Other than the social entrepreneurs, architects and designers represented all appear to be based in the Southeastern United States.

As soon as we get any more information we will let you. Or if anyone in Atlanta reads this and wants to help us out…..

Design for Social Impact at Museum of Design Atlanta