“Hans Gugelot: The Architecture of Design” at the HfG-Archiv, Ulm, Germany

With Bauhaus Weimar’s centenary safely behind us thoughts can, and should, move on to post-War design in Germany. Thoughts that, invariably, lead in the first instance to the HfG Ulm, that official unofficial Bauhaus successor institute. And, equally invariably, to Hans Gugelot.

Following his graduation in 1946 as an architect from the ETH Zürich, Hans Gugelot undertook an extended working tour through Italy before, and following a brief tenure with Max Bill where he realised his first furniture designs, establishing his own studio in Zürich in 1950. In 1954 Hans Gugelot was appointed to the teaching staff at the freshly established HfG Ulm and where he was reunited with Max Bill, with whom he co-developed the HfG Hocker, better known today at the Ulmer Hocker.

In 1958 Hans Gugelot switched from teaching to a, from him lead, product development group within the HfG, and in which context helped the post-War Modernist orientated design schools achieve that which the inter-War Modernist orientated design schools sought but rarely managed: cooperation with industry, including the development of products as diverse as trains for the Hamburg Hochbahn, furniture for Wilhelm Bofinger and a stackable plastic beer crate. It is however (inarguably) for his cooperation with Braun that Hans Gugelot is most popularly known; creating as he did many of the mid-1950s products with which Braun established its reduced formal identity and functionalist purist credentials, and which Dieter Rams subsequently developed to a global by-word for Germanic gute Form.

Hans Gugelot sadly died in 1965 aged just 45, and thus, arguably, at the beginning of his creativity; consequently we know not how he would have contributed to developments of design understandings in the age of Pop, post-Pop, Postmodern, post-Postmodern, post-Ulm, et al. But we do know how he contributed to immediate post-War, post-Bauhaus, design. In Germany and beyond.

Staged in context of Hans Gugelot’s centenary year, The Architecture of Design promises not only to allow for an introduction to an important protagonist of post-War product and industrial design, but also to allow for reflections on the HfG Ulm, design in Germany in the 1950s and 1960s and the contemporary relevance and importance of such.

Hans Gugelot: The Architecture of Design opens at the HfG-Archiv, Am Hochsträss 8, 89081 Ulm on Saturday March 21st and runs until Sunday September 20th 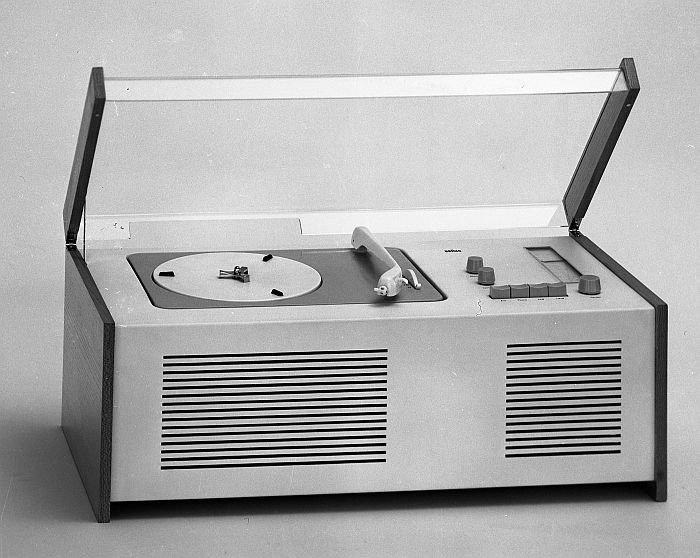 In 2020 Gent is staging a fulsome celebration of the 15th century Flemish painter Jan van Eyck, and as their contribution the Design Museum Gent have taken van Eyck’s innovative use, and understanding, of colour as the starting point for an exploration of the use, the function, of colour in design.

Staged in three sections, a triptych if one so will, Kleureyck opens with the so-called Colour Walk, a presentation of some 100 objects by the likes of, and amongst many others, OS & OOS, Muller Van Severen or Ronan & Erwan Bouroullec and through which the curators aim to explore various aspects of colour in design, before moving on to a collection of research projects by the likes of Hella Jongerius, Nienke Hoogvliet or Lynne Brouwer which explore in more depth colour in context of objects, space, perception, et al and ultimately ending with a series of so-called Experience Rooms with projects by the likes of mischer’traxler, Judith Seng or Studio RENS and which consider colour in relation to sensuous experience.

If Kleureyck helps clarify Verner Panton’s opinion that one sits more comfortably on a colour one likes, remains to be seen; however, as an exploration of colour Kleureyck does sound like allowing one to approach a much better understanding of the role of colour in the world and objects around us, of colour as a functional element. And that the skilful, intelligent and artistic use of colour isn’t something reserved for artists alone. 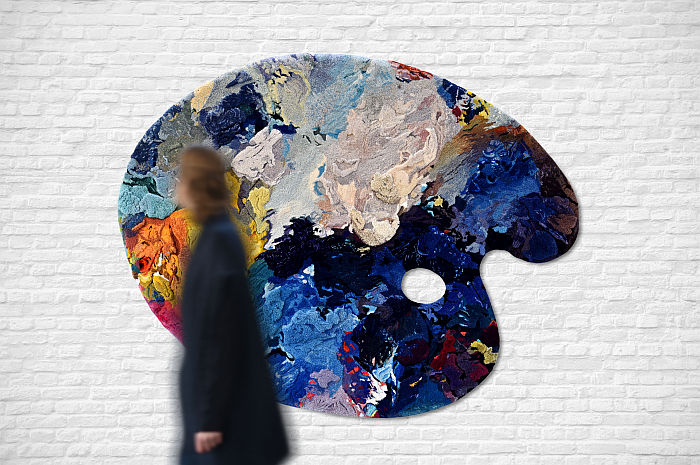 As previously opined in these dispatches Victor Papanek’s 1971 contention that “There are professions more harmful than industrial design, but only a very few of them”, remains as relevant as ever.

Realised in context of an Austro-Slovakian design research project Human by Design is, in many regards, a reflection on and response to that position.

Originally staged in Bratislava as part of the 2019 Vienna Biennale for Change, Human by Design promises a presentation of projects by Slovakian and Austrian designers and theoreticians which explore future-orientated approaches to the necessary social and material sustainability and responsibility issues of our contemporary world; a particularly pleasing sounding aspect therein being its promised focus on systems rather than objects per se, and thereby the opportunity for a discussion on the inter-relationships and inter-dependencies on which our society and environment are based. Those things industrial designers tend to forget. And which in doing so makes them so dangerous.

Parallel to Human by Design the MAK will also be presenting In Machine We Trust, a collection of projects by students from the Academy of Fine Arts and Design Bratislava and the Universität für angewandte Kunst Vienna which aim to explore the question of trust in our digital age, the responsibility of the designer in such questions, and by extrapolation the responsibility of wider society, the question if we want designers making decisions for us about the digital objects of daily life. For all given that designers are generally blind to the inter-relationships and inter-dependencies on which our society and environment are based. And thus dangerous.

Human by Design. Probing Social and Methodological Innovation in Design opens at the MAK – Museum of Applied Arts, Stubenring 5, 1010 Vienna on Wednesday March 4th and runs until Sunday April 5th

The second in a series of three exhibitions dedicated to Aino and Alvar Aalto to be staged in Japan between 2019 and 2021 Innovations in Wood Bending Technology & Design of Furniture takes as its focus, well, those innovations in wood bending technology & design of furniture developed and advanced by Aino and Alvar Aalto. And of which there were many, including moulded plywood, moulded birch lamella and the famous L Leg, that innovation in wood bending technology which led to the design of many endearing and enduring Aalto works, for all the Stool 60.

Quite aside from the chance the become better acquainted with how the Aalto’s advanced understandings of not only wood technology but the formal language, haptic and materiality of functionalism, and how the popular success of that work led in 1935 to the establishment of Artek as a vehicle by which to produce and distribute their furniture designs, Innovations in Wood Bending Technology & Design of Furniture is also interesting in that, and certainly in the advance information, it promises to position Aino and Alvar as equal partners in the Aalto canon. And the role of Aino in that canon, in the innovations in wood bending technology & design of furniture inherent in that canon, being something that urgently needs to be re-evaluated and re-assessed. 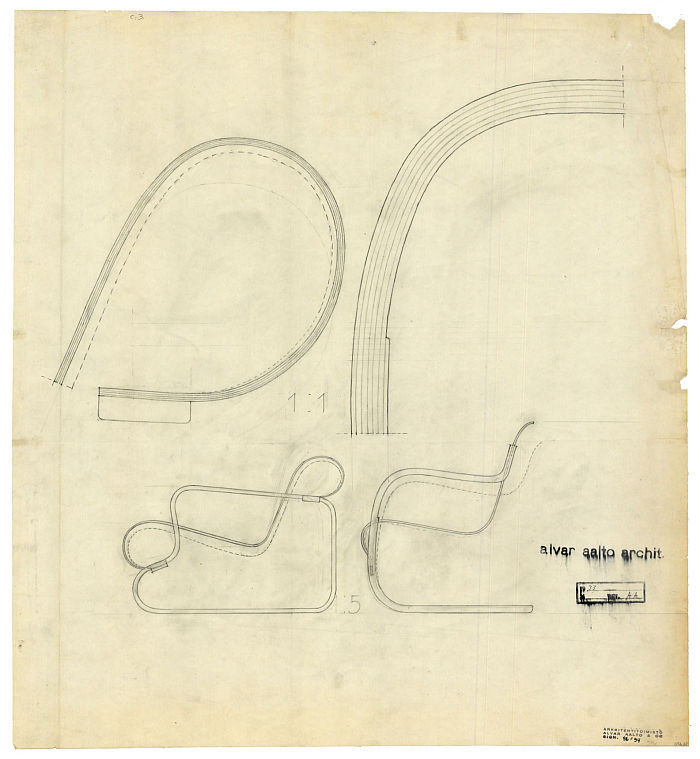 Among the numerous areas of human society we need to urgently consider if we are to be able to continue habiting our planet, one must, unquestionably, include food, food production and food distribution. Considerations Future Food promises to explore, question and challenge in three steps, three steps analogous to the path undertaken by our food:

Exhibitions concerning themselves with food and our relationship to food, aren’t new; however through its promise of a mix of contemporary scientific and engineering research alongside more speculative design research, abstracted artistic understandings and for all historic examples of projects that can, potentially, meaningfully inform our future relationship to food, food production and food distribution, Future Food does sound like being an important contribution to a very necessary debate. 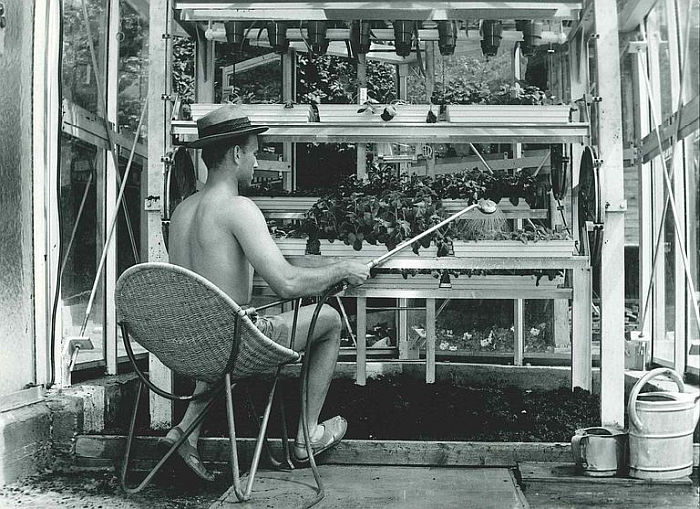