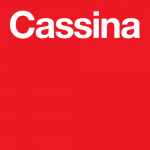 Italian design is, if we all close our eyes for a minute or two and be brutally honest, a lot like English football or French cooking – it’s continued association with a particular quality and geniality is largely due to the number of non-Italians(English/French) who have continually contributed to the tradition and so kept it modern, kept it fresh and kept it exciting.

Danish design is Danish because only Danes are allowed to do it – Italian design is universal because any one can do it: Assuming the Italians invite them that is.

And so it comes that we all enjoy going to Milan in April and paying more for one night in a dingy room than we pay per year for our own flats; because it’s Milan and Milan is design.

In 1927 a decisive step towards the establishment of “Italian design” was taken when the brothers Cesare and Umberto Cassina established their new furniture production company in Meda, Lombardy (half way between Milan and Lake Como – for all of you on the search for a dream “half-way house”) 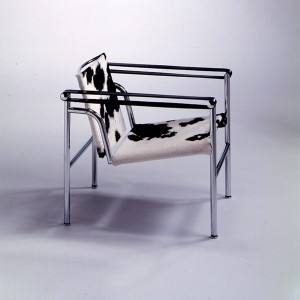 LC 1 by Le Corbusier, Jeanneret and Perriand through Cassina

After initially building up a reputation for their high-quality outfitting of ships, hotels and casinos, in 1967 Cassina launched their ‘CASSINA I MAESTRI’ range with the acquisition to the license for four Le Corbusier, Pierre Jeanneret and Charlotte Perriand products: LC1, LC2, LC3 and LC4. In Cassina’s own words the aim was  – and indeed is “… the diffusion of universally accredited cultural values through the re-proposal –  today – of “reconstructed” furniture.” Using original sketches and studio notes as the basis for their models Cassina went on to acquire the rights to not only further Le Corbusier works but also to important works by designers as diverse as Gerrit T.Rietveld, Charles Renne Mackintosh and Frank Lloyd Wright.

In the 19070s, and with the security achieve dthrough the CASSINA I MAESTRI range, Cassina did the “Italian thing” of embracing new materials and new technologies and via the works of designers such as Mario Bellini or Vico Magistretti established themselves as an important and truly forward-thinking player in the international designer furniture scene. A trend which they have continued through co-operations with designers such as Konstantin Grcic, Patrick Jouin or Philippe Starck. 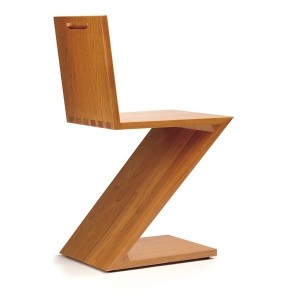 And so today just as the mix of domestic and foreign players have helped Manchester United or Liverpool achieve global success, so has the combination of Italian and international design talent helped Cassina to become one of the leading designer furniture houses.

And since late 2009 the Cassina CASSINA I MAESTRI range is also available through smow.com, a range that features design classics such as the Zig-Zag chair by Rietveld or the Argyle Chair by Mackintosh.

And if you’d prefer something more modern smow.com can supply the complete Cassina range.

Full details can be found at the smow.com Cassina page

(and yes, for all you observant readers out there, google failed to provide us with a list of 3 Star Paris restaurants run by foreigners :( )