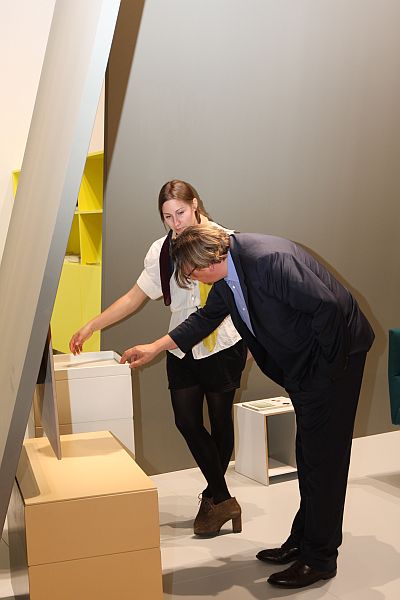 Stak by Patrick Frey gets some experts attention.

In addition to his Kids Only Collection, Richard Lampert presented two new products in Milan: Stijl by Alexander Seifried and Stak by Patrick Frey.

Just as developing a kid’s range was long a wish of Richard Lampert, so too was the rehabilitation of the much-maligned kitchen corner bench, once so popular in alpine homes.

We know people who are of the opinion that there is no need to rehabilitate the unparalleled genius that is the corner seat bench. Why have your kitchen chairs standing in the way in the middle of the kitchen when you can have them as a part of the table? Why?

But we’re not everyone.

Deliberately reserved, Stijl is technically not a corner bench unit, but rather is a table bench combination that can supplied as a “normal” table/bench or as a “in our opinion much better” made to measure corner unit.

Constructed from spruce Stijl simply looks like it belong in a kitchen. Which is the whole idea.

A modular bent steel storage system that can be endlessly extended Stak is available in one depth, two heights and two widths and the individual units simply slot into one another thus allowing tool free construction.

There is in all honesty not much more to say, other than for us it is a sensible extension of the Richard Lampert collection which, apart from the Egon Eiermann shelving, has always lacked storage and shelving. 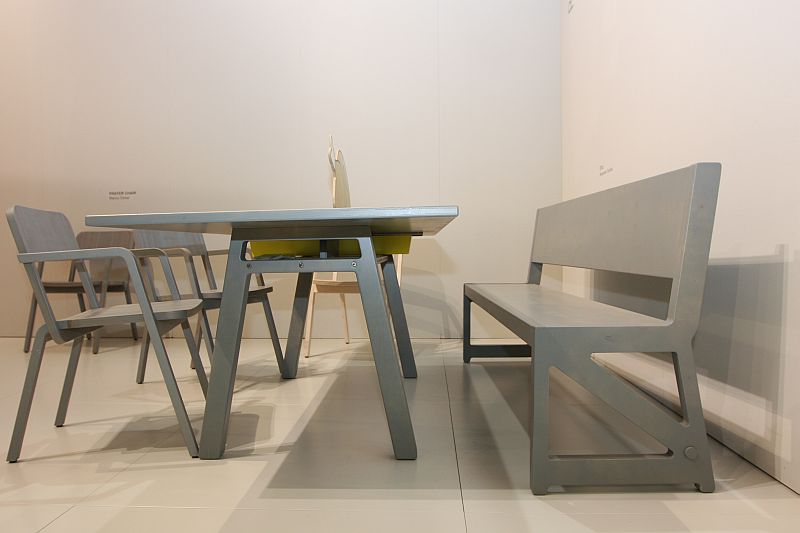 Stijl by Alexander Seifried for Richard Lampert, shown here with the Prater chair by Marco Dessi 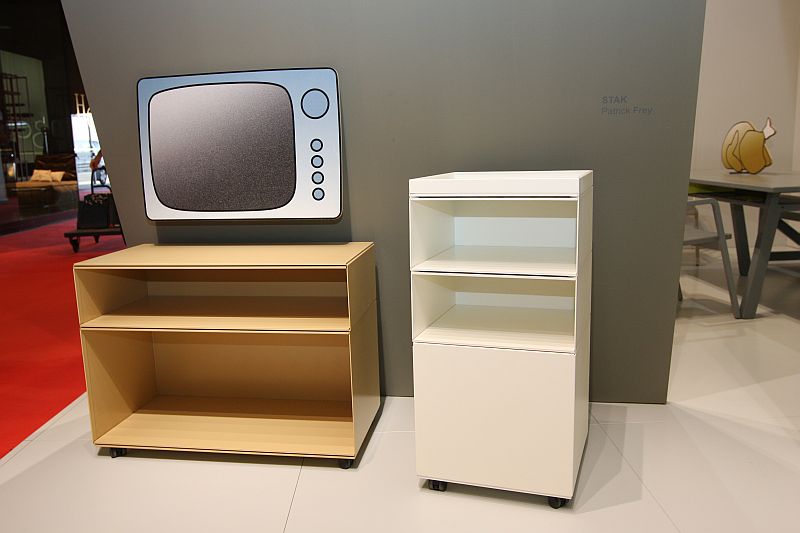