Established in 1751 by Wilhelm Caspar Wegely and taken under royal control by Prussia’s King Frederick II in 1763, the Königliche Porzellan-Manufaktur Berlin – the Berlin Royal Porcelain Factory – is not only Berlin’s oldest handwork business but an undeniable symbol of Prussian pride and the unrestrained luxury of the fabled “white gold”

And as such not the sort of place one would expect to find an old agitator such as the Italian designer, designer theorist and general design disdainer Enzo Mari.

And the legacy of his time at KPM is currently being documented in the KPM World exhibition “Who is Mari?”

Born in Novara in 1932 Enzo Mari studied literature and art at the Academy of fine arts in Brera. Following his graduation in 1956 he opened his own studio in Milan, and a year later released his first products with the Italian manufacturer Danese, further contracts would follow with manufacturers as varied as Zanotta, Zani e Zani, Artemide or Olivetti. Always as much a philosopher and theorist as a practising designer per se Enzo Mari has published numerous books on design and cultural topics, perhaps most famously his 1974 work “Autoprogettazione” in which he presents his plans for a collection of DIY furniture; a manual that, effectively, represents one of the first concerted Open Design projects. Not that Enzo Mari sees it that way.

The invitation to Enzo Mari to work with KPM Berlin came from the company’s Artistic Advisory Board and was essentially a request to help the company re-ignite its creative potential and explore new production methods. If you will an early example of just the sort of co-operation the Vienna Design Week Passionswege programme aims to foster.

Enzo Mari’s first initiative on arriving in Berlin was to establish the so-called KPM Master Workshop, a sort of in-house design studio comprising Enzo Mari and four KPM employees. The aim of the Master Workshop was to ensure that any changes came from within the company, could be carried back into the company and then sustainably developed following Mari’s inevitable departure; the perfect antithesis to all those high-cost consultants who get parachuted into companies, have a few ideas and then depart with their wheelbarrow full of cash, leaving the company to their fate.

Among the most important innovations Enzo Mari and his Master Workshop developed was casting teapot spouts and pots together in one process. Normally teapots are cast in three pieces – pot, handle and spout – by refining the process down to only two pieces one saves time and resources. Beyond tackling operational and production questions the Master Workshop also explored questions of form, a process that resulted in the development of new products and product families, including the Berlin table service, the Berlin kids table service and the so-called Mari Vases.

Presenting models, original documents, prototypes, information boards and a video interview with Enzo Mari “Who is Mari?” is a thorough exploration of Enzo Mari’s time in Berlin, his work with and for KPM and documents the results of the co-operation in an accessible and clearly structured format: but doesn’t actually answer the question it itself poses. And that despite also including the Sedia 1 chair from his 1974 Autoprogettazione project. An object that has nothing to do with KPM Berlin, but a lot to do with the theorist Enzo Mari.

But ultimately that the exhibition doesn’t answer its own question is of no great significance. For in introducing the viewer to the fruits of Enzo Mari’s time at KPM the exhibition not only provides a nice introduction to one aspect of Enzo Mari’s biography but much more helps explain what design can achieve and for all what can happen when companies are brave enough to hand aspects of their business model over to designers. Especially to designers of the competence, intellect and vision of an Enzo Mari. 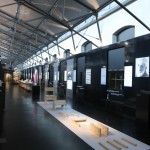 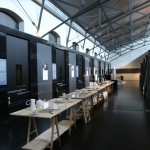 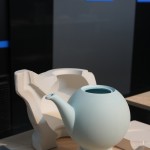 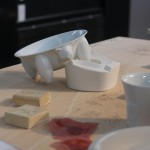 A hungry looking colleague from the Berlin kids table service 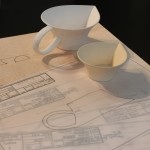 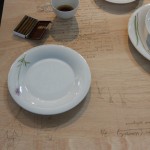 Examples from the Pianta collection 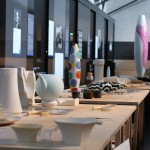 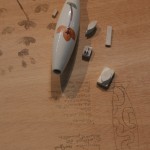 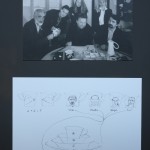 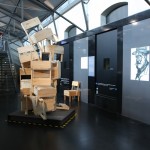 Enzo Mari's Sedia 1 chair from his Autoprogettazione project. Nothing to do with KPM. But a lot to do with how Enzo Mari thinks 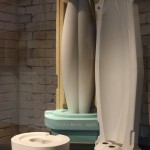 Original moulds for the Mari Vase 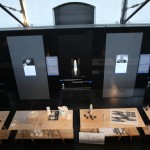 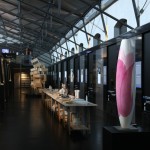 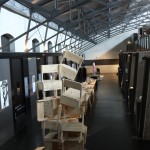