It was invariably more through good fortune than good planning; however, at Milan Furniture Fair 2015 Ronan and Erwan Bouroullec’s principle manufacturers were all sited next to one another. Good for Ronan and Erwan Bouroullec as it meant they didn’t have so far to walk to get to their numerous appointments. And good for everyone else as it allowed for a very easy overview of the brothers’ latest works.

Ronan and Erwan Bouroullec’s highest profile new launch at Milan Furniture Fair 2015 was without question their Belleville chair and accompanying tables for Vitra. Named after the Parisian suburb, presumably one in which Ronan and Erwan can regularly be found relaxing in front of a bistro, invariably sketching the gaiety of Parisian life as it unfolds before them, the Belleville family can in many ways be considered new additions to the Vitra Standards collection. Or at least are intended as such, first of all they have to establish themselves. Something which in terms of the Belleville Chair we expect no serious problems. Featuring a flowing black polyamide frame into which a series of seat shells in various finishes and materials can be placed, the Belleville Chair has all the easy elegant charm of a bentwood chair in a very contemporary, almost overly obvious, product. In addition to the more implied than physically present armrests of the armchair version, a delightful bit of styling that would no doubt greatly impress Hans J. Wegner, the real highlight of the Belleville Chair is its weight. It’s not heavy. It’s not light. It looks light. Has however a weight that is expressed more in the sense of substance, importance, than bulk and which thus bequeaths the chair the strength of character to enable it to be used effortlessly in most any situation. All in all a truly delightful piece of work. 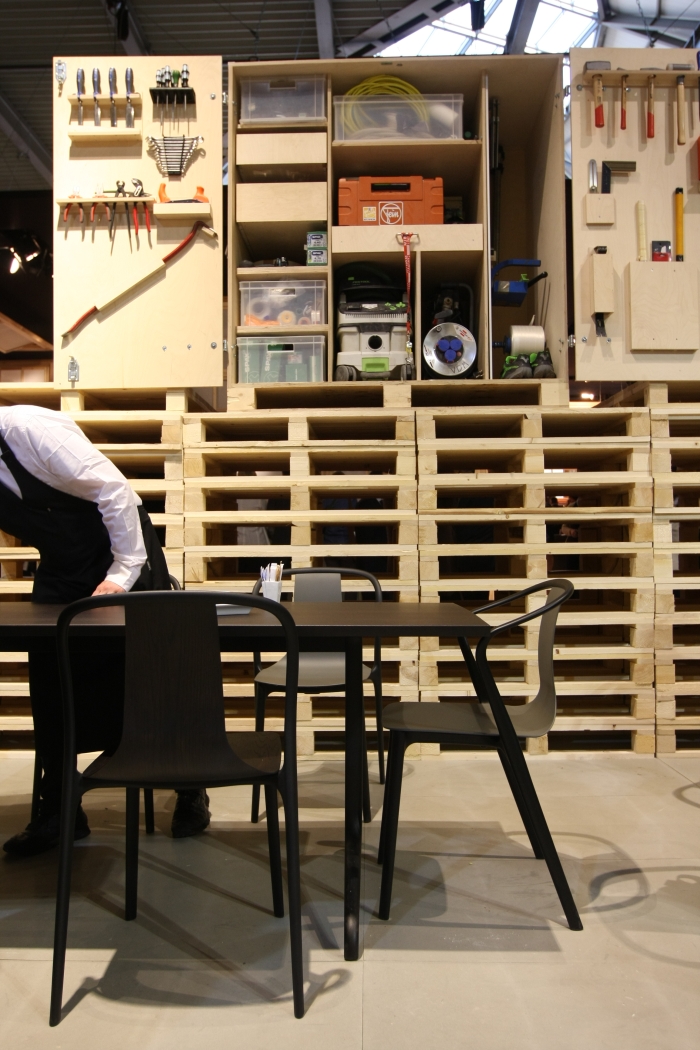 Belleville Chair by Ronan & Erwan Bouroullec for Vitra, as seen at Milan Furniture Fair 2015. And coming soon to a bistro near you……

At Milan Furniture Fair 2014 Ronan and Erwan Bouroullec unveiled their new Officina tables for Magis, for 2015 the family has been extended, somewhat logically, by a chair and a stool. Featuring the same wrought iron construction technique that made the Officina tables such a stand out feature of Milan 2014, the chairs present a very open, inviting optic; albeit one whose easy familiarity owes less to the design per se than it does to the unquestionable similarity with the Bouroullec’s 2014 Uncino chair for Mattiazzi, a product on show just a quick hop, skip and jump from Magis and thus readily available for  comparison. Those of you who know us will understand how often we moved between the two stands exploring the issue. Structurally the two may be very different objects, but follow the lines, understand the simplicity of the construction, ignore the materials and concentrate on the form and you have in essence the same object. Disappointingly. For while obviously no one has anything against a manufacturer having a “signature style”, designers really should try to vary their output across manufacturers, especially if they want to avoid becoming caricatures of their own success. There are of course many designers, and indeed more so architects, who wantonly reproduce the same work over and over again, and who in many cases successfully market themselves on that fact. But such obviously has little to do with design. Which isn’t to say the Officina chair isn’t an appealing object, with its wrought iron optic and rustic charm it is a very appealing object. Just very, very similar to Uncino. Which we find disappointingly unnecessary. Especially when it involves a product as endearing as Uncino and a family as unique as Officina; and for all when it involves a design studio who can think so differently, so individually, so inventively.

A perfect example of how individually and inventively Ronan and Erwan Bouroullec can think could be found on the Artek stand. A stand visible from the Officina presentation, and which thus only underscored the problems with the Officina chair. In the wake of Vitra’s acquisition of Artek in 2013 a number of their “house” designers began collaborating with Artek; following Konstantin Grcic’s Rival chair and Hella Jongerius’s reworking of Aalto’s 400 and 401 armchairs from 2014 the Bouroullec’s Kaari collection was unveiled at Stockholm Furniture Fair 2015. Featuring a family of shelves and tables in all manner of sizes and configurations the Kaari collection is not only inspired by Alvar Aalto’s 112 shelf, but is itself inspired, presenting as it does a fresh, untroubled aesthetic and a series of well proportioned and intelligently thought through objects which are unquestionably Artek, unquestionably contemporary Artek, yet without any hint of pastiche. For us the particular highlight of the Kaari collection is and was the shelf/desk combination unit, a piece quickly followed in our admiration by the free-standing desk, an object in which the silhouette of Aalto’s classic shelf has been integrated without having any real function: a misappropriation, if not downright abuse, of the great functionalists design which is as cheeky and irreverent as it is effective and alluring.

As we never tire of repeating, back in 2010 Ronan Bouroullec told us that they wanted “to do less, and better”. Since then we’ve seen no evidence of the less, but many examples of the better; but for all a design studio who, aside from occasional blackouts such as L’Oiseau or indeed the new Officina chair, regularly produce interesting, intelligent projects which elegantly combine an informed comprehension of the needs of end customers with a finely honed understanding of materials in objects which are as functionally directed as they are formally driven. And objects for which we’d happily walk a little further than was necessary in Milan in order to investigate and get to know. 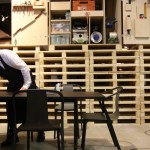 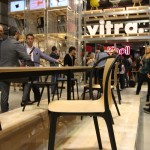 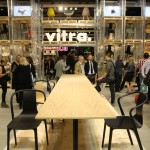 Belleville Table and Chair by Ronan & Erwan Bouroullec for Vitra, as seen at Milan Furniture Fair 2015 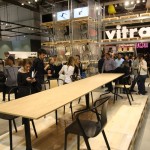 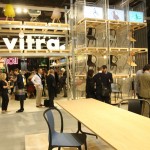 Belleville Side Chair by Ronan & Erwan Bouroullec for Vitra, as seen at Milan Furniture Fair 2015 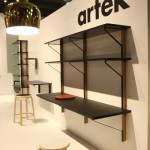 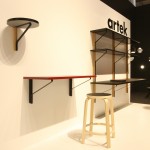 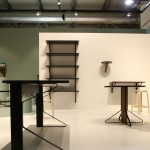 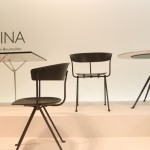 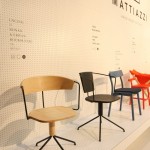 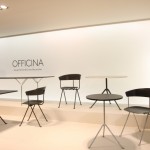 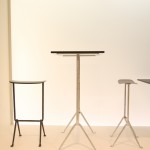