While it is all too easy to become attached to, and develop an association with, a chair, stool or sofa; cupboards, generally, elicit less emotional responses. Or even interest.

Yet where would we be without our cupboards?

And not just physically as storage spaces, be that as a kitchen cupboard, office filing cabinet or domestic wardrobe, but also figuratively as keepers of the unknown. And where of course we all keep our skeletons. And be thankful that we can.

Promising a mix of cupboard/storage designs, both historic and contemporary, and by the likes of Le Corbusier, Maarten Baas, Willy Guhl or Enzo Mari, and art projects, including representations of cupboards in cinematic and literary contexts, Cupboard Love aims to explore not only the physical cupboard, past, present and future but also the social, cultural and metaphorical relevance and importance of the cupboard, and thereby seek to revaluate our relationship to our storage objects … and perhaps even make us realise that cupboards deserve at least as much attention as our seating.

Through his architecture, design and also his writings, arguably principally on account of his writings, the Austro-Hungarian architect Adolf Loos was one of the leading figures in the move from the decorative styles of the 19th century towards what became International Modernism. Not least through his much repeated, if not always correctly understood, maxim of Ornament and Crime.

Focussing on interior design projects realised in context of private Viennese apartments, and divided into six themes, including Otto Wagner and the Secession, Form and Function in Furniture, Tradition and Modernity, Adolf Loos – Private Spaces aims to explore not only the Loos’ oeuvre but also how his work contrasted with and contradicted the accepted concepts of the early 20th century, and thereby helped pave the way for the likes of Gropius, Rietveld or Mies van der Rohe.

And in doing so, hopefully, bequeath his practical architecture and design work the same prominence as his theoretical. 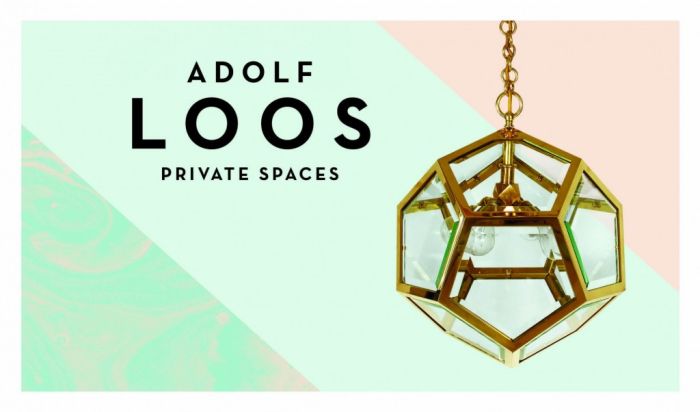 If form follows function what does that mean for objects designed with the aim of compensating for a non-functioning human functionality? With the exhibition Access + Ability the Cooper Hewitt aim to explore contemporary design in context of disabilities, physical and cerebral, and thereby not only approach some answers to just such questions, but much more explore how contemporary materials and technology combined with intelligent design thinking can create solutions which go beyond that functionality.

Promising a presentation of some 70 objects, including, we feel obliged to note, quite a few questionably decorated prosthetic legs, Access + Ability aims to provide an overview of contemporary design for disabilities and would appear to have the potential to be an important contribution to discussions around what can be dismissed as a niche design genre. But which for those affected is anything but. 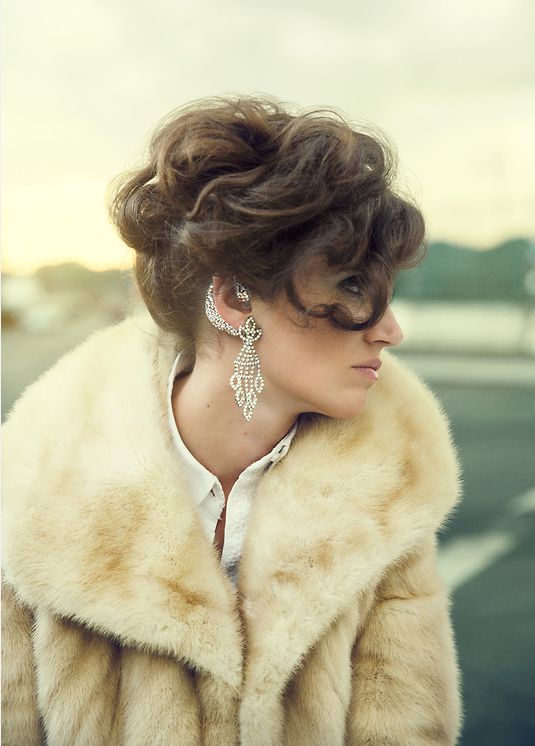 A child’s chair isn’t just a smaller version of an adult chair. Much more a child’s chair must reflect and provide for the specific requirements of the sitting child. Or indeed non-sitting child. And that not just in “adult” sitting situations but also, for example, in the unregulated imaginative world of play or the regulated, communal, world of school.

Based on a collection of over 290 children’s chairs belonging to Munich resident Gisela Neuwald …only Chairs? promises a mix of vernacular objects from global cultures and design classics from the likes of, and amongst many others, Luigi Colani, Hans J. Wegner, Alvar Aalto, Konstantin Grcic; and through which the curators aim to not only explain the peculiarities of children’s chairs but also explore the development of the child’s chair in context of social and technological evolution 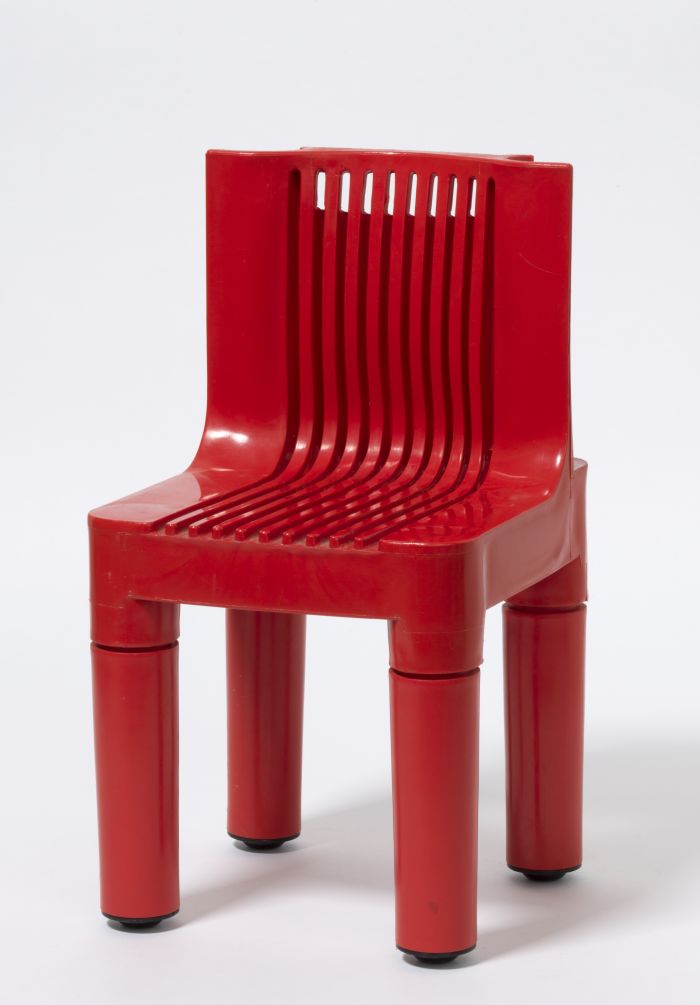 Design System in the USSR opened in November, slipped through our net, but happily didn’t escape us completely. Organised by the Moscow Design Museum and the All-Russian Decorative Art Museum, Design System in the USSR isn’t an exhibition about Soviet era design, but rather one which sets out to explain how design was organised in the former USSR. The answer to which appears to be, really rather surprisingly well. If with all the usual hindrances to be expected of Soviet economic and political systems.

Staring with an April 1962 decree issued by the Council of Ministers of the Soviet Union calling for the implementing of design methods to improve the quality of industrial and consumer goods Design System in the USSR aims to chart via a presentation of some 500 objects the processes, systems, and achievements of the various bodies established with the aim of coordinating and promoting design in the Soviet Union. And therefore provide an all too rare, and therefore all the more welcome, insight into not only the role and importance of design in Soviet industry, but also who was making the important decisions. And therefore, potentially, confirm and/or crush one or the other popular myth about Soviet design. 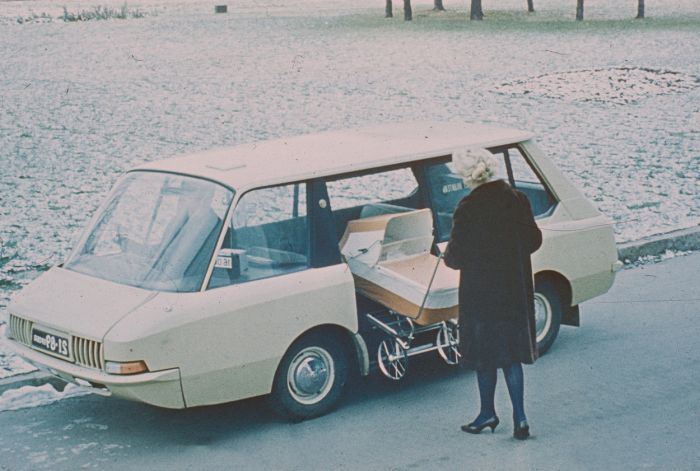 One for all you autonomous car designers out there… a proposed taxi project from 1964 by Yu. Dolmatovsky, A. Olshanetsky and A. Chernyaev. (Photo Collection of Moscow Design Museum)