There are only very few furniture manufacturers who can claim to have been major players in two fundamental furniture design revolutions.

Thonet is one of them.

And if we’re honest, the only one we can currently name.

Although the Thonet story begins in 1819, the story only really begins to “pick up steam” in 1859 when Michael Thonet perfected his warm wood bending process. The result of over twenty years development, heartbreak, experimentation, bankruptcy, fleeting success and brutal failure, Michael Thonet’s steam based process allowed him to bend solid beech to produce straightforward, every day, wooden chairs simply and at an affordable price.

And so initiate the industrial production of furniture.

Michael Thonet’s most famous model is without question his Chair 14, today called Chair 214, an object universally known and admired as the archetypal Viennese Coffee House Chair. And as an elegant example of how uncomplicated good chair design can be.

Just as ingenious as the wood bending process was Michael Thonet’s decision to sell and ship Chair 14 as a flat pack system, as six elements that could be assembled by any fool, regardless of technical competence – in effect the prototype of all contemporary flat pack furniture distribution models. Swedish or otherwise.

The ability to pack 36 dismantled chairs into a 1 sqm crate allowed Thonet to ship his chairs around the globe and so establish a business that in 1912 was producing some two million items a year.

Today the frames of Thonet classics such as the Chair 214, Michael Thonet’s 209 from 1900 or his 233 from 1895, are still bent by hand, one at a time, in a machine in the company’s Frankenberg (Eder) base that looks more like a relic of some especially unpleasant medieval torture ritual than something for creating some of the most exquisite and important chairs ever developed.

Bending solid beech. Just as Michael Thonet once did.....

Some sixty years after the breakthrough with the bent wood, Thonet achieved a parallel success through bending a new material: new for Thonet and new for furniture design in general. Steel tubing.

Through close contact with designers and architects including Mart Stam, Marcel Breuer, Mies van der Rohe and Le Corbusier, Thonet were perfectly placed to observe the new mood sweeping 1920s Europe. And through their experience in bending wood, equally perfectly placed to help this new generation of designers transform their new ideas into a new reality.

After acquiring Marcel Breuer’s Standard Möbel Furniture Company in 1929, Thonet set about developing the first industrial methods for bending steel tubing, and after an initial period of public distrust – think about, for example, the views expressed in How to live in Flat by W. Heath Robinson and K. R. G. Browne – objects such as Mart Stam’s S 43 cantilever chair and S 33 cantilever chair or Marcel Breuer’s S 285 desk and B 9 stacking tables established themselves as popular classics. Or perhaps better put, as enduring popular classics.

And confirmed Thonet’s position as one of the most important, innovative and reliable furniture manufacturers in Europe.

Today the company, thankfully, doesn’t rest on it laurels and through co-operations with designers of the calibre of Stefan Diez, Delphin Design or Jehs+Laub remains one of Europe’s premier contemporary designer furniture producers.

They may not have been responsible for a third revolution. But we’re not ruling out that they will be.

And as part of (smow)’s fifth birthday celebrations you can benefit from a 5% discount on all Thonet orders placed between Friday October 25th 2013 and Thursday October 31st 2013 inclusive.
Full details can be found at smow.com

And should you need inspiration, check out our Thonet pinterest board. 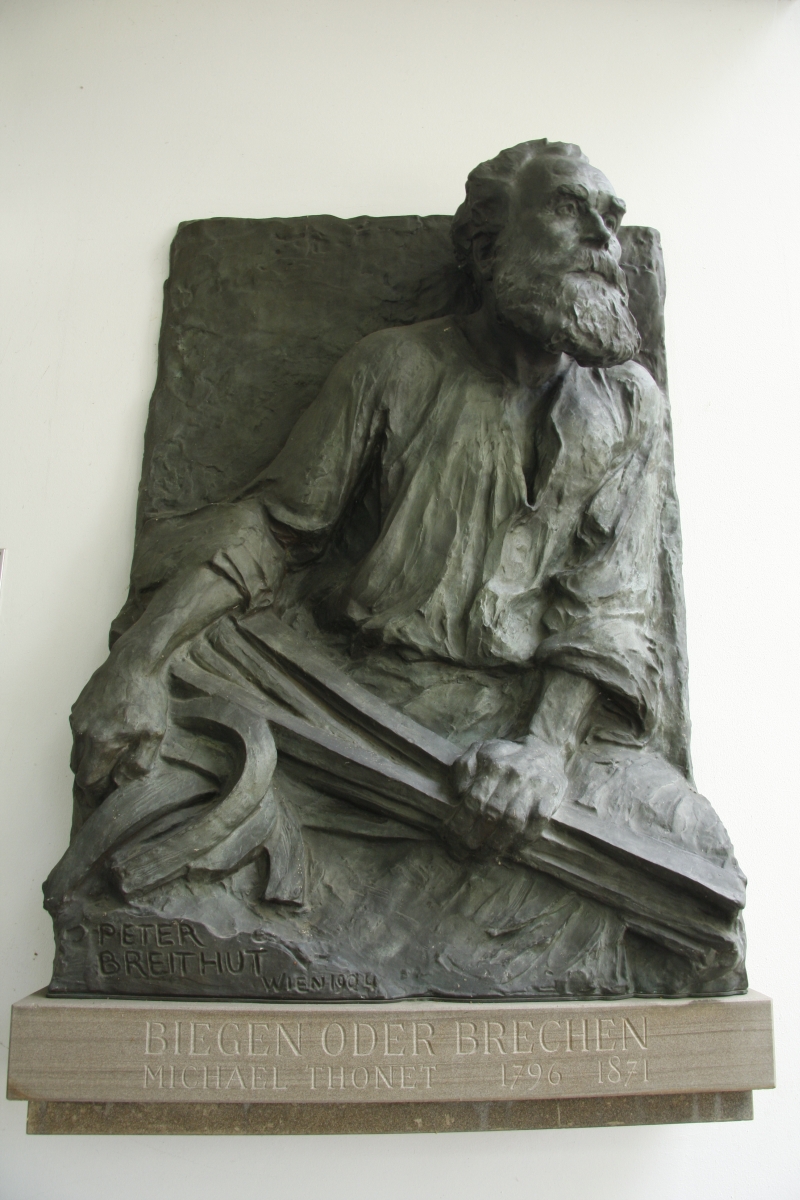