Promising a presentation of Thonet chair designs from Michael Thonet’s early decades in Boppard, over the Gebrüder Thonet’s bentwood works of the later 19th century and the bent tubular steel of Breuer, Luckhardt, Mies van der Rohe et al of the early 20th century and on to the myriad works of the later 20th century by the likes of Eddi Harlis, Verner Panton, Konstantin Grcic or Stefan Diez; Thonet & Design should not only provide for a fulsome and detailed overview of the development(s) of Thonet over the past two centuries, but, we would hope, explore in how far the 200th anniversary helped paved the way for the 100th.

Isamu Noguchi is arguably one of the more, when not underrated, then certainly regularly misjudged 20th century American creatives. An artist for whom everything was sculpture but for whom artists should also contribute to the production of commercial goods, Noguchi was, in many regards, also an artist caught between the America of his birth and his mother, and the Japan of his childhood and his father. For all in the years after America and Japan had raged War against one another.

And it is, as the title implies, this post-War period on which Changing and Unchanging Things concentrates, promising an exploration of the relationship between Isamu Noguchi and the Japanese artist Saburo Hasegawa, and for all of how the two sought to find a new way forward for Japanese cultural expression in the post-War years. A way forward that, and as characterised by Noguchi’s Akari lamps, involved reflections on Japan’s traditions in contemporary contexts.

Promising a presentation of some 90 objects by both Noguchi and Hasegawa, Changing and Unchanging Things sounds less like being about the objects per se, and much more about how discourse between them can help us develop a better understanding of Isamu Noguchi and Saburo Hasegawa.

Changing and Unchanging Things: Noguchi and Hasegawa in Postwar Japan opens at The Noguchi Museum, 9-01 33rd Rd, Queens, NY 11106 on Wednesday May 1st and runs until Sunday July 14th 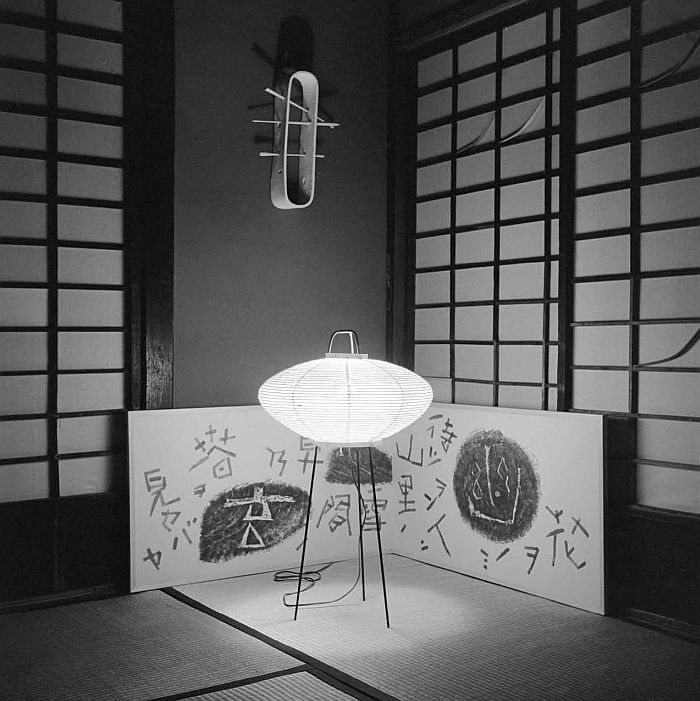 An Akari lamp by Isamu Noguchi and a screen diptych by Saburo Hasegawa (Photo ©The Isamu Noguchi Foundation and Garden Museum, NY/ARS, courtesy of the Noguchi Museum)

In our post from the Werkbundarchiv Berlin’s exhibition Unique Piece or Mass Product? we poured (light) scorn on the MoMA New York’s claim that their 1934 exhibition Machine Art represented “a victory in the long war between the craft and the machine.” Radical Craft sounds like it will support, justify, that scorn, sounding as it does like being an expression of the fact that craft is not only still holding its own, but is actively setting a relevant contemporary contraposition to industrial, machine production. Is, if you will, proving to be the tortoise to the hare.

Promising a presentation of works by some 60 international creatives across a range of craft genres, Radical Craft aims to not only explore contemporary craft processes, positions and understandings but also question in how far craft production could provide the basis for the socially, environmentally and economically sustainable future we all know we need. And which global industry is increasingly convincingly arguing it simply cannot deliver. And thus in many regards sounds as if will pick up the discussions of the late 19th/early 20th centuries and set them in a contemporary landscape.

“Swim City” at the S AM Schweizerisches Architekturmuseum, Basel, Switzerland

Whereas in the countryside rivers, where a community has access to one, are an important part of the culture landscape, locations where one goes swimming and socialising, in cities they tend to be things that flow through them. Economically relevant but otherwise little more than obstacles to be bridged.

In Switzerland that is changing, in cities such as Zürich, Bern or Basel the Limmat, Aare or Rhein have become actively developed extensions of the urban environment, something made available to, and used by, a mass public for swimming and socialising.

With Swim City the Swiss Architecture Museum, aim to explore this, they claim, and which we see no reason to question, original Swiss phenomenon, both in its local Swiss context and also its wider international perspectives, and thereby should allow not only for a differentiated understanding of the design of our urban spaces, one based on that which is there rather than what oh so clever architects can add, but also the nature of our relationships to our rivers, past, present and future.

And having done so, you can then go for a quick dip in the Rhein and reflect on the positions presented.

Swim City opens at S AM Schweizerisches Architekturmuseum, Steinenberg 7, 4051 Basel on Saturday May 25th and runs until Sunday September 29th 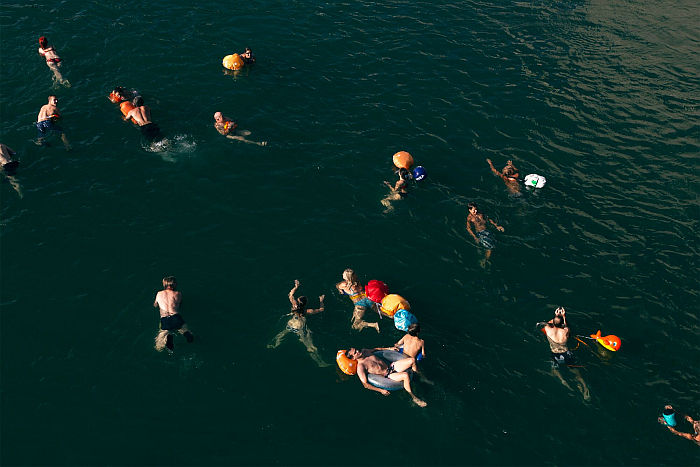 2019 is not only the 200th anniversary of Michael Thonet founding his first workshop, but the 200th birthday of one of the key figures in the development of the Schwarzwald clock industry: Johannes Bürk.

And no, it’s nothing to do with cuckoos. If just as sinister: Johannes Bürk’s breakthrough coming in 1854 with the development of a pocket watch which allowed for the presence of nightwatchmen to be recorded throughout their shifts, and thereby allowed them to be monitored, controlled. In later years Johannes Bürk played an important role in the development of, and became a major international producer of, punch clocks, thus allowing for the monitoring, control, of all office and factory workers. If also allowing for more flexible work practices such as flexitime, as well as the formal registering of overtime. And which in many regards changed relationships to clocks, changing them from passive tellers of time to active definers of our day, and instruments of capitalism.

With the exhibition Time, Freedom and Control the Uhrenindustriemuseum Villingen-Schwenningen aim to not only explore Bürk’s life, times and work but for all his legacy, including, on the one hand, no pun intended, through the presentation of a project by students from the Ludwig Uhland Institute for Historical and Cultural Anthropology, Tübingen, which explores contemporary control systems in context of Burk’s work, how, if you will, we hope, Californian tech conglomerates can trace their roots back to 19th century Schwarzwald; and on the other through a presentation of contemporary art projects concerning themselves with questions of time and which therefore, should, allow for more abstracted considerations on our contemporary relationship to time, in how far being able to record and measure time frees us and in how far it controls.

Time, Freedom and Control opens at the Uhrenindustriemuseum, Bürkstraße 39, 78054 VS-Schwenningen on Friday May 10th and runs until Sunday March 1st 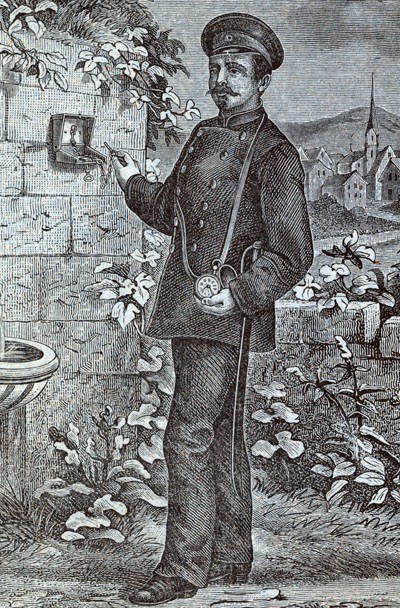 Siri, record my position, activity, and any other information that you consider commercially relevant….. (Photo courtesy Uhrenindustriemuseum Villingen-Schwenningen)