Whereas politics, economics or sport in West Germany and East Germany are well and widely studied, and the similarities and differences regularly and publicly analysed and contextualised, thereby allowing for more refined, nuanced, popular understandings; design in and from the two Germanys remains, largely, a niche subject for a small band of specialists, and on a popular level something not only repeatedly reduced to a few works, institutions and protagonists, but also defined by understandings that, popularly, have barely changed since 1989.

With the exhibition German Design 1949–1989. Two Countries, One History the Kunstgewerbemuseum Dresden challenge those ingrained understandings and thereby allow for the development of more differentiated and detached perspectives…… 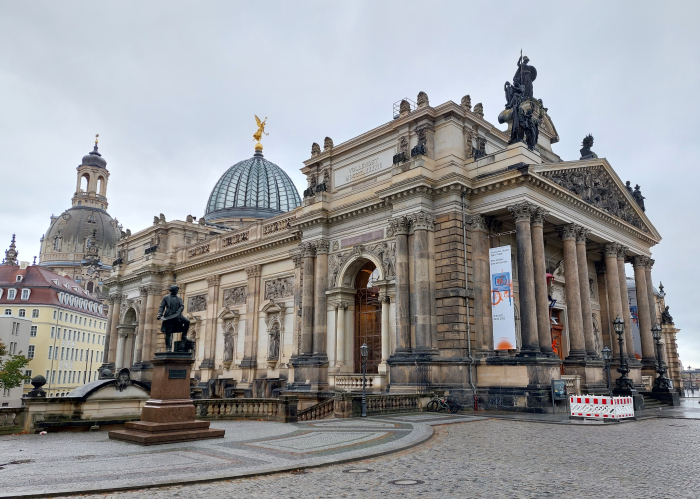 A co-production between the Kunstgewerbemuseum Dresden and the Vitra Design Museum, German Design 1949–1989. Two Countries, One History premiered at the Vitra Design Museum in the spring/summer of 2021, and we refer you dear reader to our post from its presentation in Weil am Rhein for our thoughts on and of German Design 1949–1989, not least because aside from the differing scenographic geography enforced by the differing architecture, and the lack of a Trabant P601, or indeed an Opel Manta, in front of the exhibition building, it is still essentially the same presentation: German Design 1949–1989 still provides for a sprightly tour through four decades of design in the two Germanys; still has a terrifyingly upbeat, sympathetic, definition of Ostalgie; still pleasingly and satisfyingly ignores many of the better known examples of post-War design in the two Germanys in favour of a wider spread discussion; still ends with the fall of the Berlin Wall, which for us is still the wrong place and time to leave the exhibition; still has the word OST written in black letters on a yellow background, which will be the #1 selfie location in Dresden this coming winter; still helps elucidate the inextricable links between design and society; still allows for differentiated and detached perspectives on West Germany and East Germany: and for all German Design 1949–1989 still seeks to reload and reboot our ideas and understandings, still challenges our existing perceptions and beliefs, of design in Germany West and design in Germany East, still demands we develop more probable, nuanced, understandings of both.

And does such in Dresden with just as much aplomb and fluency as in Weil am Rhein.

Thus rather than repeat ourselves we took the opportunity in Dresden to speak with German Design 1949–1989‘s co-curator Klara Nemeckova and began, logically, at the beginning of both the exhibition and the Two Countries, and the question of how prevalent, tangible, the One History was in the early years…….

Klara Nemeckova: …what was important for us in the opening section was, on the one hand, to show that there was still a permeability in the 1950s, that before the Wall was built it was possible to travel from East to West, for example, Karl Clauss Dietel recounts that as a student at Berlin-Weißensee he would regularly go to West Berlin to attend concerts or to see what was new. And on the other hand, it was obviously the case that those who taught as professors at the universities or those involved in institutions such as the Rat für Formgebung [West Germany] or the Institut für angewandte Kunst [East Germany] began their training in the 1920s and 1930s, and then entered professional life in the 1950s. People such as, for example, Horst Michel who was strongly influenced by the Deutscher Werkbund, wasn’t distracted by the Formalism Debate, and continued to work as he wanted, or here in Dresden, Mart Stam brought Bauhäusler like Marianne Brandt or Hajo Rose to the Hochschule für Bildende Künste, and although he ultimately left the DDR he laid important foundations for the subsequent development, and that which he started in Ost-Berlin was then, in part, continued.

smow Blog: One History pre-1949, then the permeability and parallels before the Wall was built in 1961, do the parallels persist the longer the Two Countries co-exist, or …..?

Klara Nemeckova: Although differing developments can be observed in the 1970s and 1980s, such as, for example, Postmodernism in West Germany, there were also many similarities, such as the tendency towards Do It Yourself or an exodus from industry, which had distinctly consumer-critical reasons in the West where, for example, Neues deutsches Design turned very strongly against consumer culture. And there was a similar exodus from industry in the East, as in the 1970s and 1980s production was switched to export in order to bring the necessary foreign currency into the country, and which meant that that which was produced was cheap goods for the West, partly according to the specifications of foreign companies. As a result the designers in the East German manufacturers no longer saw a future for themselves and therefore some went into self-employment, or into collectives, such as Renate Müller, who designed playgrounds during this period. Others left the DDR. Another alternative was arts and crafts workshops, for example, we exhibit jewellery that demonstrates how the designers in the DDR used alternative materials very early on, and which led to new creative solutions.

Klara Nemeckova: Such can be seen to a certain extent in architecture, but I would say that there was no such thing in design because there was simply no space, no scope, for such to develop. In the DDR it was much more that Bauhaus once again played a role from the 1970s through the official recognition of Bauhaus and the reconstruction of the building in Dessau. The poetic and playful but also exclusive design that characterise Richard Sapper’s designs, for example, cannot be found in the DDR. But it would be worthwhile to dig deeper and to take a closer look at the developments of that period.

smow Blog: No space, no scope for such, and potentially also because of the lack of the permeability of the 1950s…or were there opportunities for exchange of ideas between East and West…..?

Klara Nemeckova: As the term German-German design history underscores, there was no language barrier and so design magazines from East and West could be read in the other country, they were also available in university libraries, so you could get information. On an official level, an exchange was attempted by the Rat für Formgebung and the Amt für industrielle Formgestaltung: in 1984 there was an exhibition of West German design in Ost-Berlin and Leipzig, then in 1988 the DDR presented itself in the BRD, in Stuttgart. Both exhibitions aroused great interest, were well attended, and are therefore interesting and important episodes in German-German design history. Whereby, to come back to Postmodernism, West Germany only showed industrial design, only official positions, in the DDR and, for example no Neues deutsches Design.

smow Blog: It was Two Countries, then One Country, can one today chart a single line in design in Germany since 1989, One History since 1989, or is it perhaps too early….?

Klara Nemeckova: It is perhaps still too early, but what can be said is that, tragically, many designers from the DDR were unable to properly develop their careers after 1989 and many have become forgotten. With the exhibition we would also like to achieve a late recognition for the achievements of the designers from the DDR, who were outstanding in many respects yet slipped into an anonymity after 1990 because the aesthetic culture of West Germany was seen as superior.

smow Blog: …and thereby has Germany lost something …

Klara Nemeckova: …I would certainly say that Germany has lost something. How would things be today if rather than an appropriation of East Germany there had been a legitimation? But these are also some of the questions we want to ask, we don’t have all the answers, the subject is large, 2 countries, 40 years, but we want to investigate such questions, and, for example, in the fringe program we will discuss the continuity of German design education – what happened in design schools after 1990, and what are the consequences?

smow Blog: Two countries, One History, and also Two Locations, One Exhibition, do you expect a different reception in Dresden than that in Weil am Rhein?

Klara Nemeckova: Yes! One is used to West German protagonists, such as Dieter Rams, being honoured with exhibitions, having their work studied in exhibitions, but it is still the case that in the former East people are often surprised to see the material culture of the DDR, that which was largely rejected after 1990, in a museal context, to see it lauded and presented as a good design, and also to identify, often for the first time, the people behind the objects and to engage with them for the first time, our showcase on Rudolf Horn, for example, was one of our best-attended exhibitions. One can also say that for this reason the topic is much more emotionally received in the east of the Bundesrepublik than in the west.

Further information, including details of the accompanying fringe programme, can be found at https://skd.museum/german-design/ 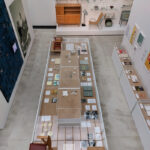 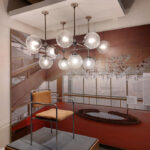 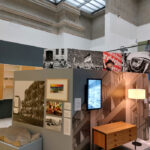 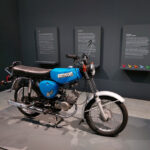 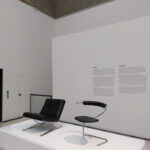 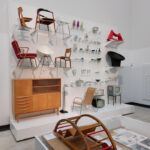 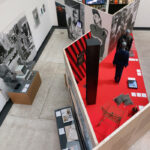 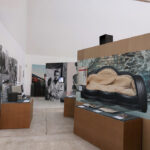 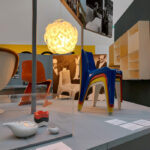 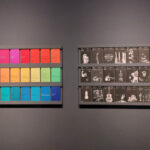 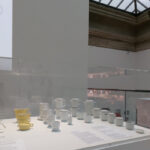 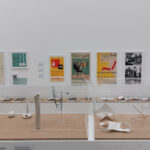 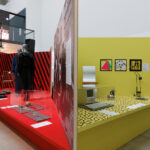 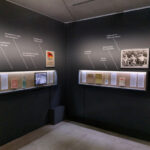 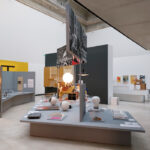