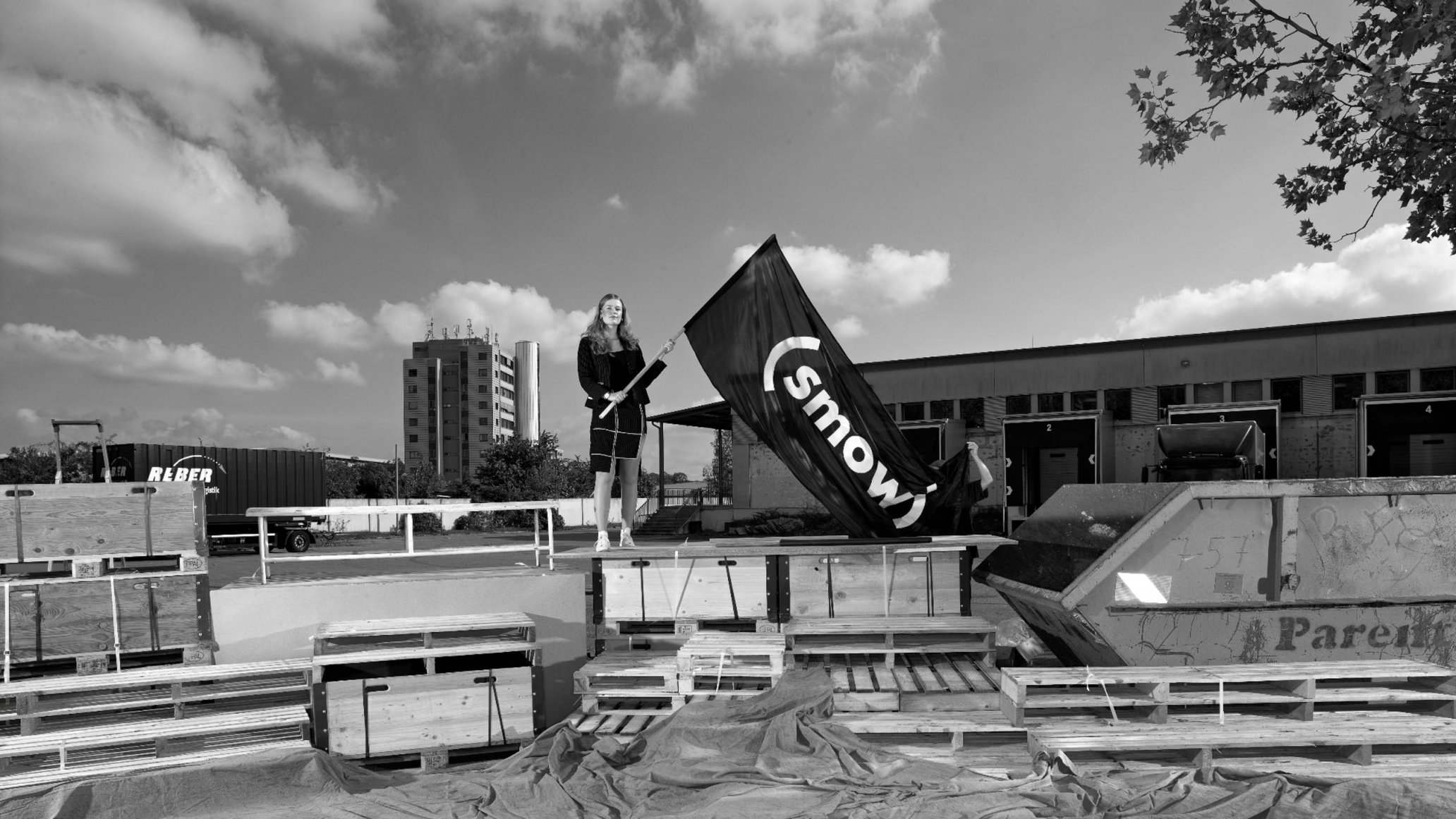 2002 marks the genesis of the idea of smow: furniture dealer Martina Stadler and Vitra agent Jörg Meinel join forces to bring high-quality furniture design to the peoples of Leipzig. With the first smow store, they also undertook pioneering work in design education in Central Germany while building and expanding a special, personal, relationship with manufacturers such as Nils Holger Moormann, Thonet, Vitra and USM.
2007, and thus around the time of the establishing of smow Chemnitz, Jörg Meinel met Michael Petersen, then CFO of an up-and-coming e-commerce start-up, and both were enthusiastic about the idea of ​​an online shop for designer furniture: with Andreas Bobek (IT) and David Dimitrov (Operations), two important specialists were brought on board and the online shop went live on September 4th, 2008 in German and English. The French version will follow in 2016 and smow will develop into one of the leading suppliers of designer furniture in the European online market.
2012, while other furniture stores are starting to establish online shops, smow is, physically, expanding further with smow Stuttgart: the first of 15 new smow stores to open throughout Germany in the decade between 2012 and 2022.
2020 saw smow move increasingly into the project and contract business. In partnership with tnpx overall concepts are developed for clients that are not only based on furniture, but also aim to make working future-proof. 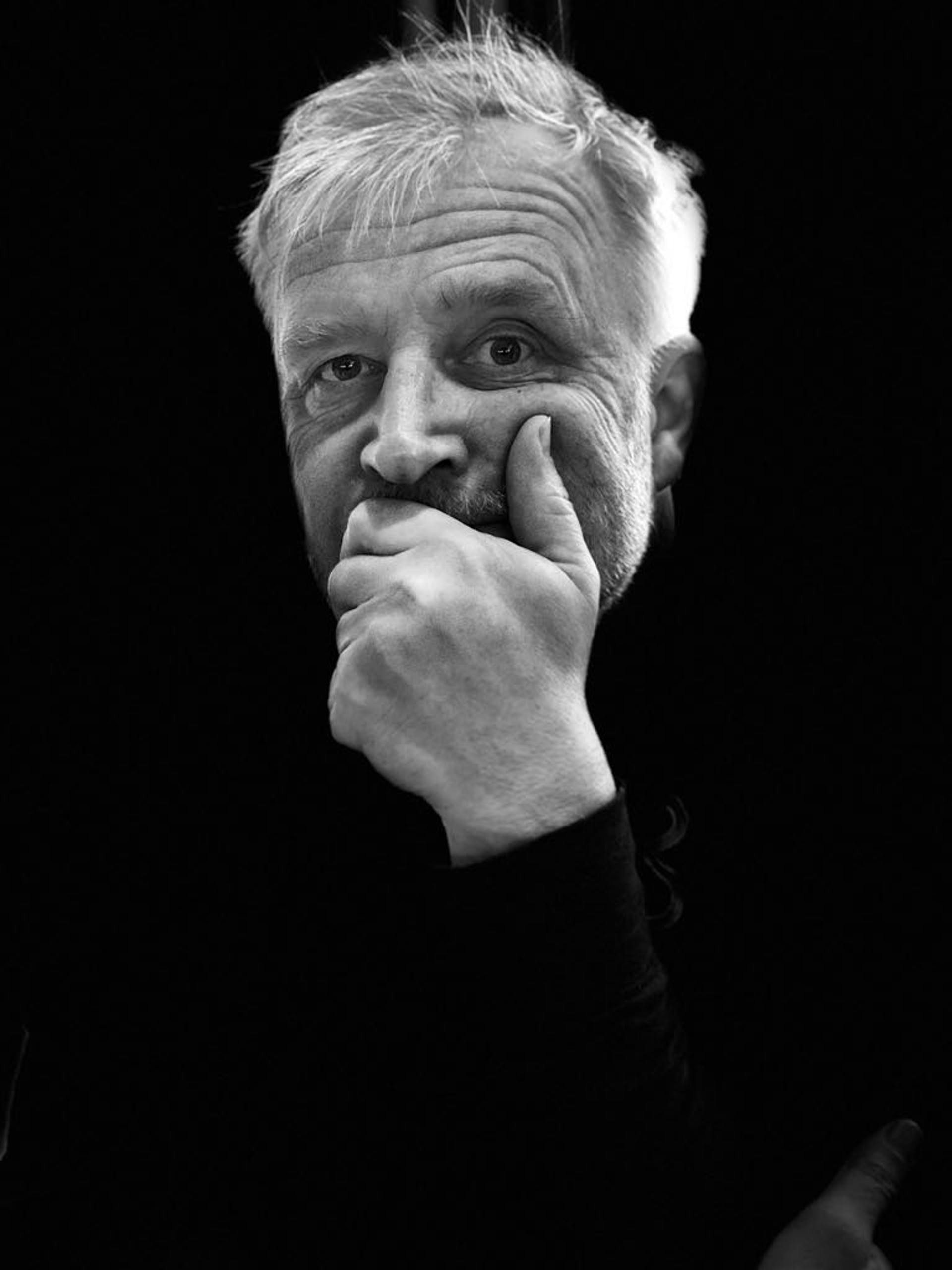 FROM DDR PUNK TO THE ENFANT TERRIBLE OF THE FURNITURE INDUSTRY

The co-founder of smow, Jörg Meinel, likes to do everything differently - and is thus stirring up the market for designer furniture. Had he listened to the advice of well-meaning people in the industry, he would have bought a new car in 2008. Instead, he invested the money in an online shop. When furniture stores closed, he opened smow stores. With success.
And he never runs out of ideas, has an instinct for capturing subjects that are floating in the ether: such as a 360-degree consultation including practical implementation for companies that are redesigning their rooms.
Jörg Meinel still cycles to work with a briefcase, always on the lookout for something special. About himself and the team he says:
„We are not normal people. You can't be either if you do what we do...“
Jörg, your story sounds as if it was pure coincidence that lead you to furniture?
Yes, it could very well have been something else, but I've always liked special things. I had studied computer science, the systems analysis course was useful to me in that it is also possible to analyse what is missing in the furniture market. Filling niches has always been my thing.
Was the online shop that smow started with such a niche?
In a way yes. At that time nobody believed in the online retailing of furniture. Before the online shop there was the smow store in Leipzig, which Martina Stadler and I opened together in 2002. This early phase is immortalized in the name smow, an abbreviation of our names Stadler and Meinel and the original name of Martina's shop: Objekt und Wohnen.
And was it also a "smowth" start?
The first three years were really tough. The money we had was enough to furnish just 50 percent of the shop space, for the rent and three mini salaries. We had a website but no online shop. I thought online retail was in the air for furniture and together with Michael (Petersen), the vision subsequently took shape.
Do you experiment?
Yes, and they regularly go belly up. Michael analyses things in advance and says it won't work. Then it doesn't. Something that also applies to the choice of locations for the stores. 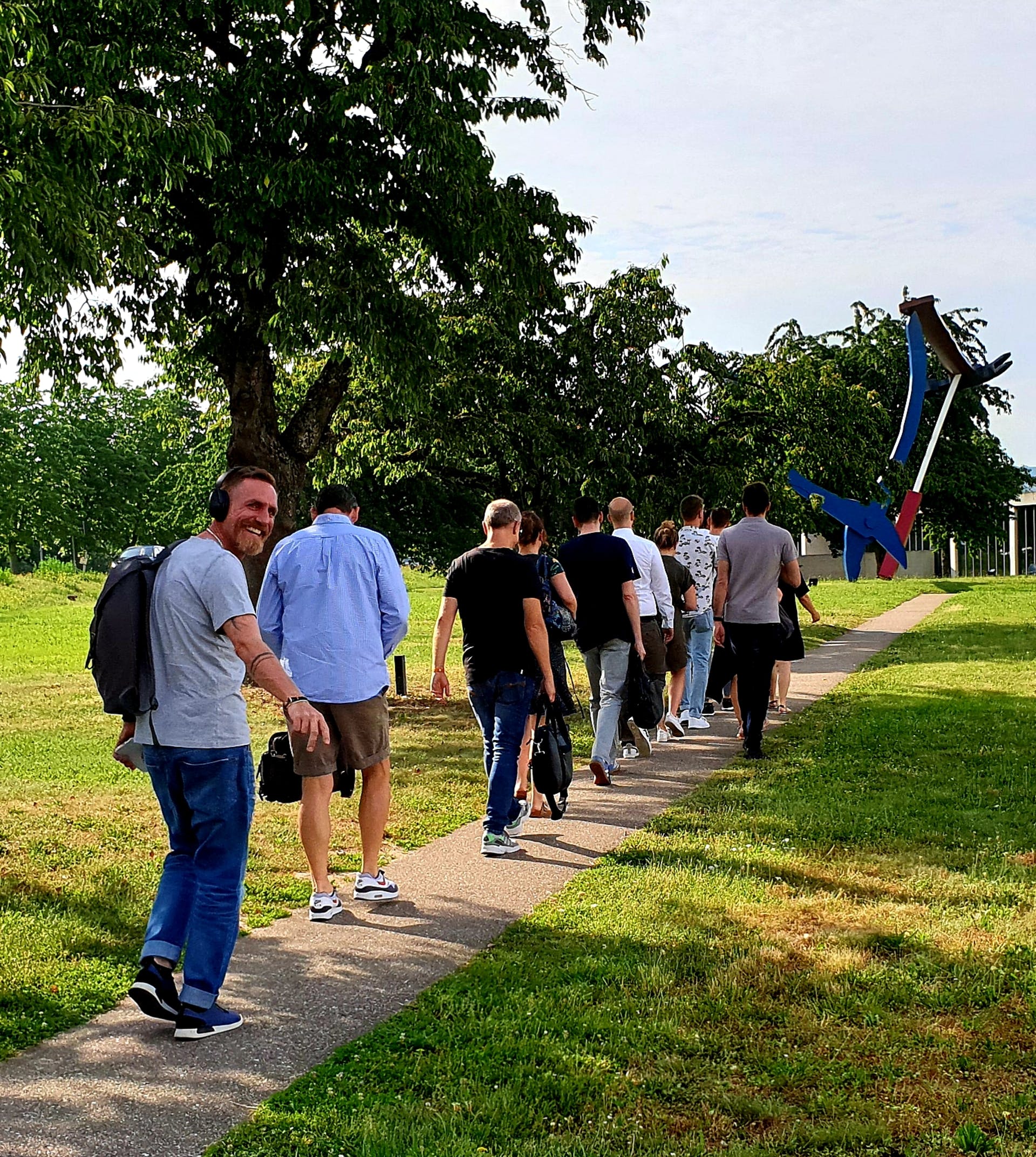 You now have stores in many cities across Germany and in Switzerland. Are you afraid that smow will be perceived as a chain?
Yes, and that horrifies me. For us it's always about the person who runs the business and who has roots in that city. We also don't fit into the commercial area, smow must be a cultural part of a city. We sell design classics that have a lot to do with culture and history, these are urban products that need to have a shop window. Preferably between a bar and an arthouse cinema.
So far your concept is working.
Yes, the online store which is going from strength to strength, similarly the physical stores where the customers either know us from online, or discover them offline and like what they find, and with Toni Piskač (tnpx GmbH), we have a planning professional who is now part of the family. This creates a three-pillar model of online, stores and project business.
How does success and your business acumen align with your punk heart?
We have established a combo of comrades-in-arms for whom classic attributes don't mean that much, who have other ideals outwith normal channels. That's cool.
The last 20 years have been pretty intense. What has remained, what has changed?
We could set off tomorrow with a courier bag and a bicycle towards a new vista, that hasn't changed; it's not the money that weighs us down and holds us here. What has changed is that we now have a lot of responsibility. It's no longer about a trio in the smow store on the Burgplatz in Leipzig, it's about 140 employees, that's a different ball game. We keep reinvesting in the new locations, in new employees, in experiments. Let's see what we come up with tomorrow! 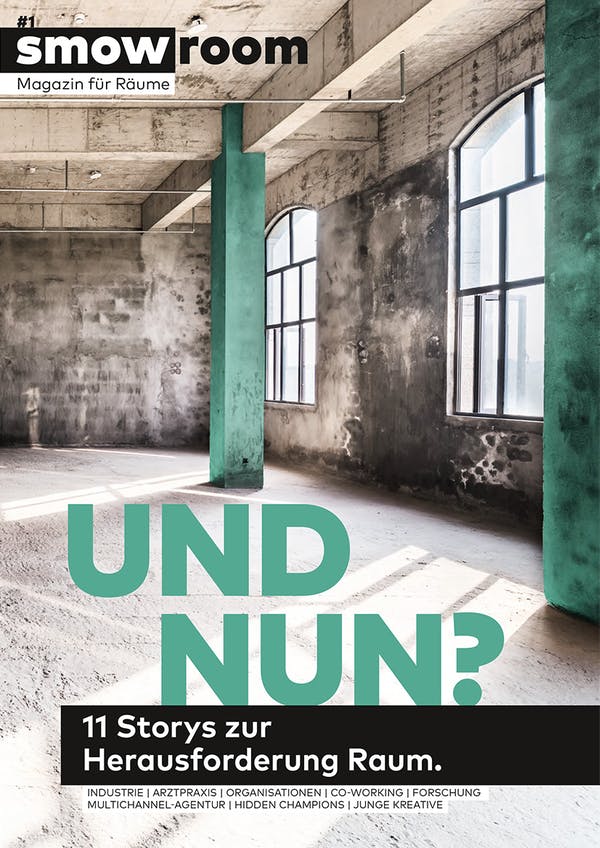 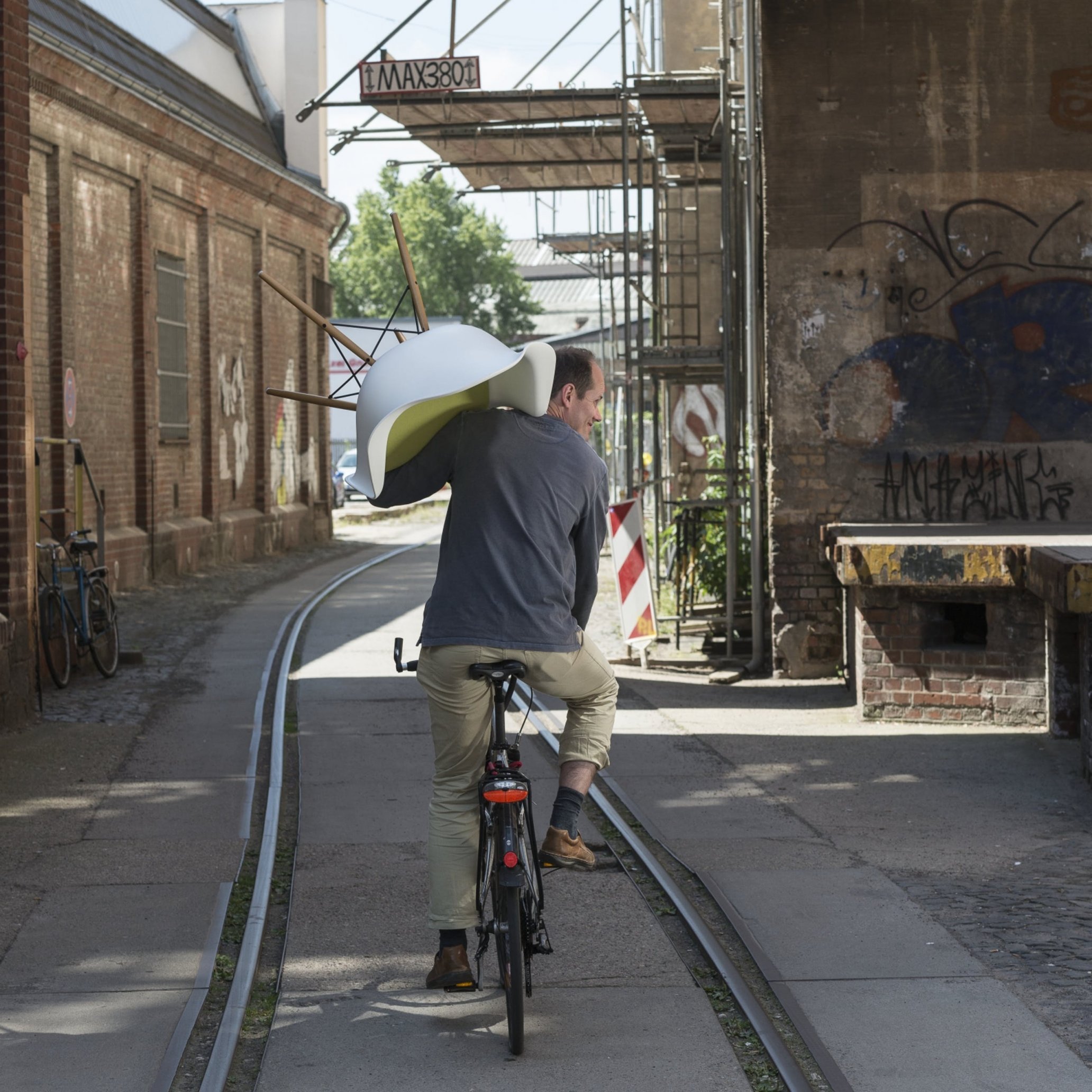 Anyone looking for design classics on the internet inevitably lands in the smow online shop.
With a large selection, an uncomplicated ordering process, fast delivery and fair prices smow online is your natural partner for designer furniture. And as most products can be dispatched immediately, you can be enjoying your new favourite object within a few days.
We only sell products that we like and that we therefore recommend. For individual living solutions, we also offer you special online furniture configurators with which you can easily create your desired piece of furniture in your dimensions and designs.
Should you have questions or queries our experienced service team are on hand for you, personally: Automated answers are alien to us! We can advise you on all aspects of furnishing with professional know-how, whether in German, English or French, and are always available to fulfil individual requests - just ask! 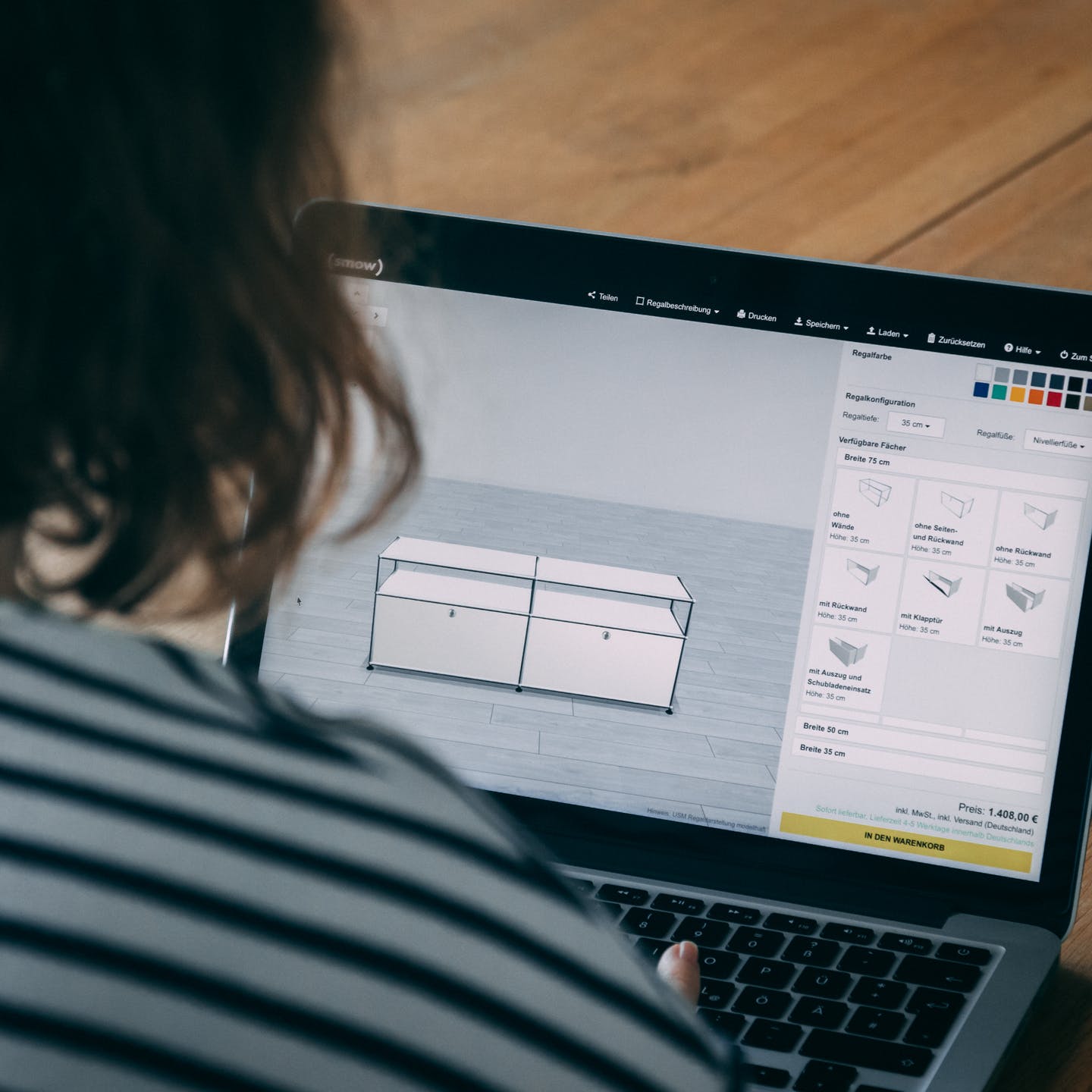 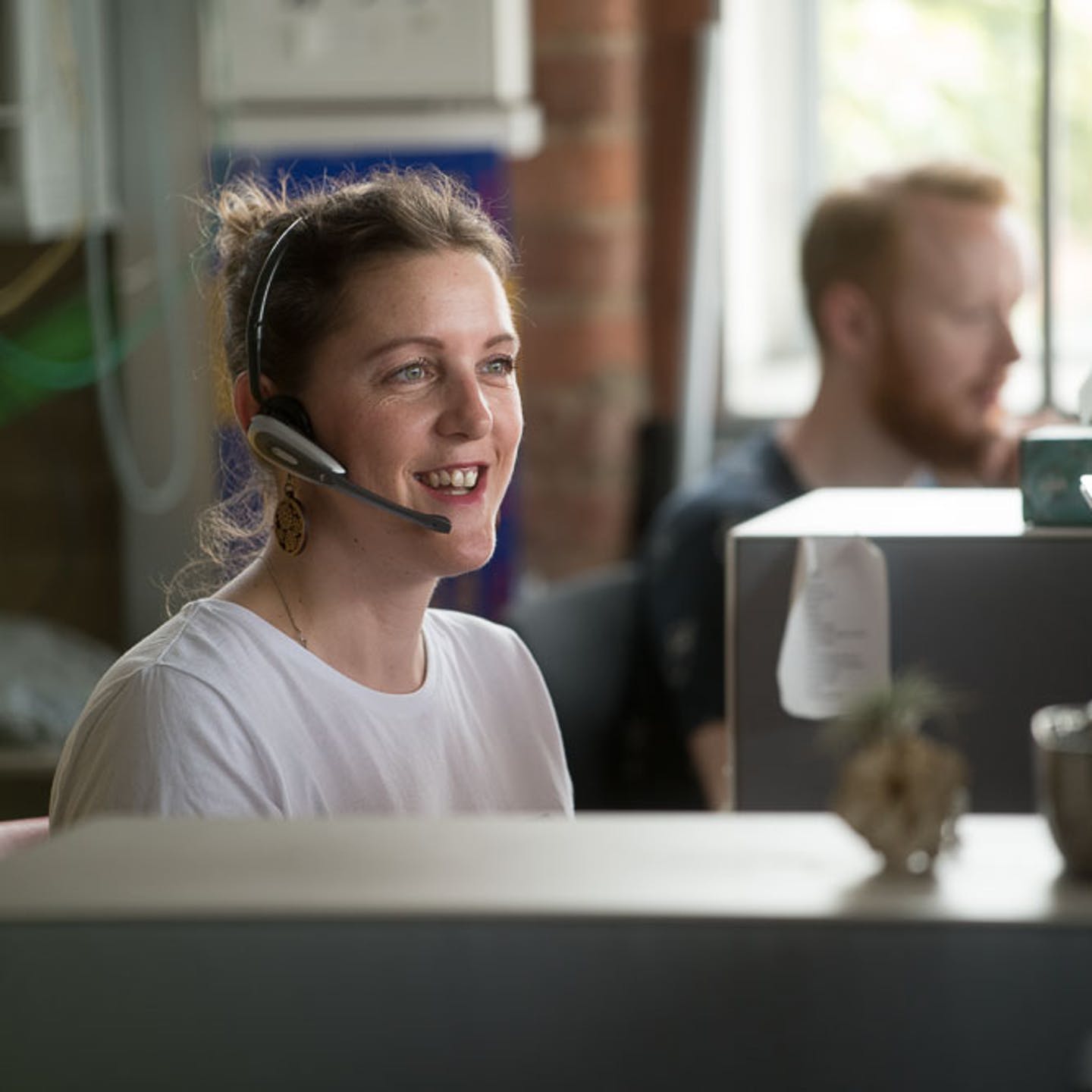 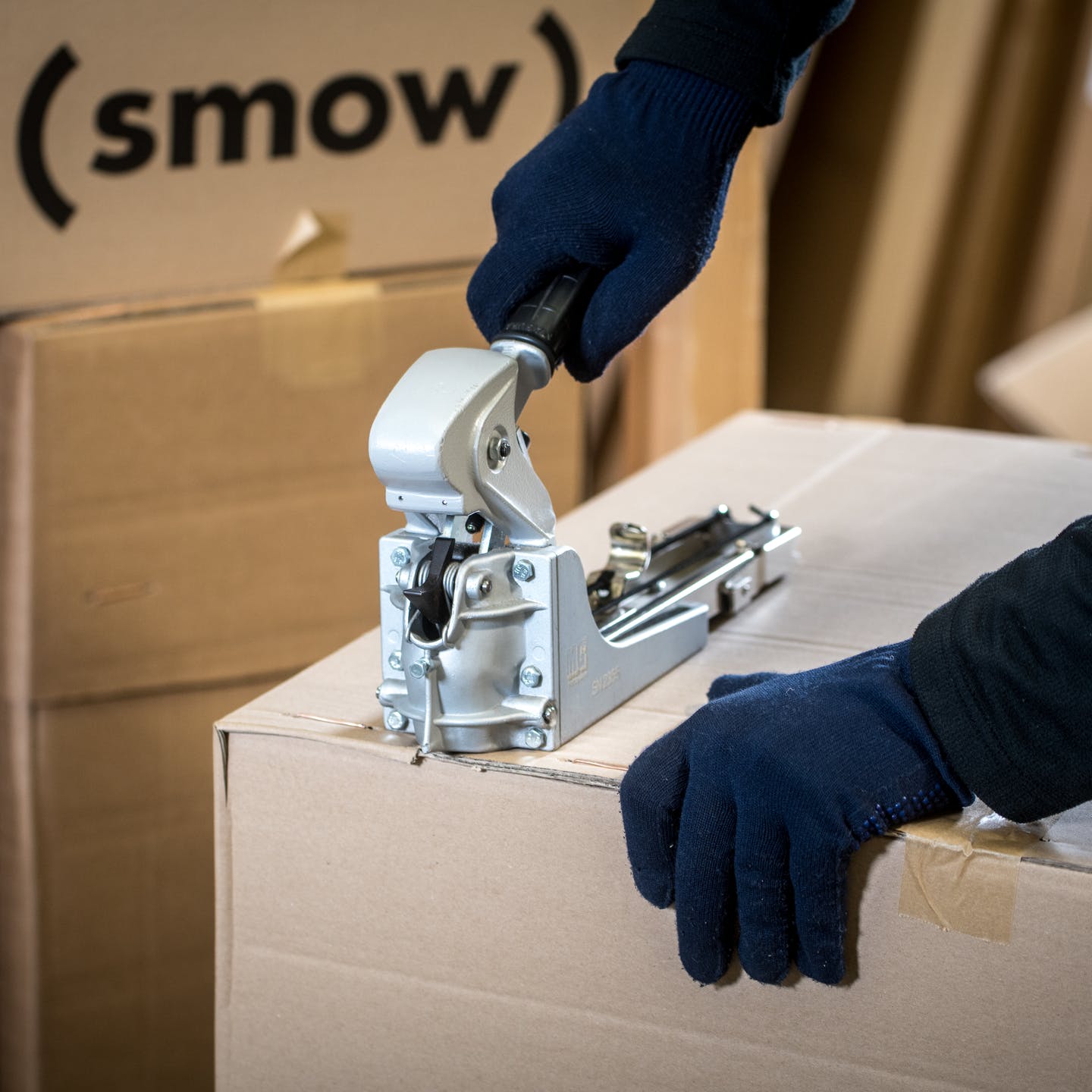 The inner city stores are the logical continuation of the successful online presence: only that the objects can be touched, tried out and tested, and the individual advice is even more personal. The prices of our products in the stores are at online level and customers do not have to wait long, in-stock objects ordered in a smow store are usually delivered within 24 hours.
Our mission is to offer all customers the best possible shopping experience. Our approach: authentic, uncomplicated, innovative and reliable.
Meet the smow furnishing experts for individual advice on site - whether choosing the upholstery colour for a new sofa, for help with furnishing the home office or for a complete interior concept for domestic, office or business premises.

We manage all smow processes in different teams at different locations throught Germany - an administrative set-up as diverse as our portfolio.
In our operational headquarters in Leipzig Engelsdorf - idyllically surrounded by fields and with plenty of storage space for our many design treasures - an approving cackling can sometimes be heard from the smow chicken coop, confirmation that our specialist egg team are also happy about the new products in the smow portfolio.
The marketing team find their creative muse in an old cotton mill Leipzig's Neulindenau, while the tranquillity of Zossen in Brandenburg allows space for deeper cultural considerations.
Our IT team, in contrast, prefer to be inspired by the Baltic Sea and thus have their office in Rostock. 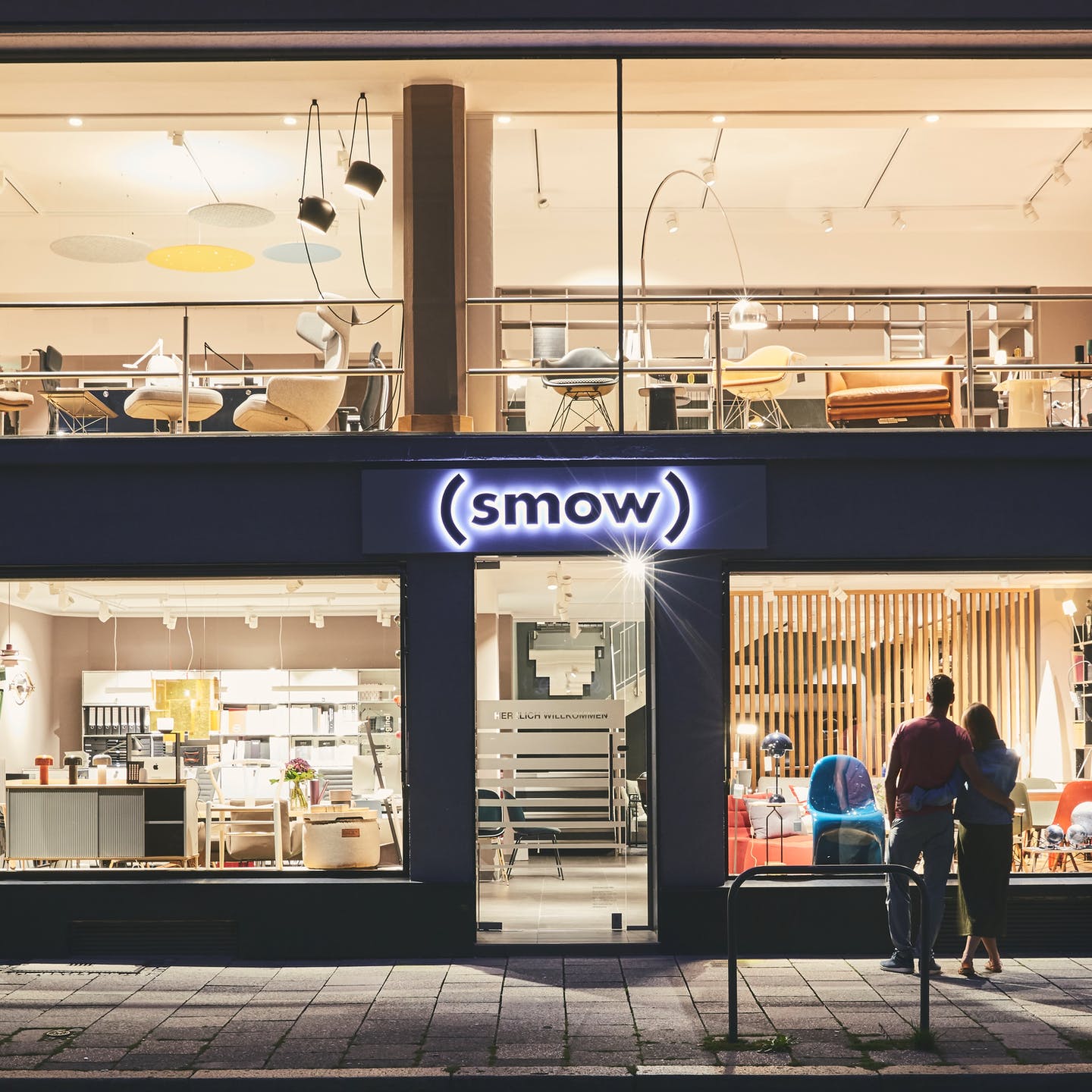 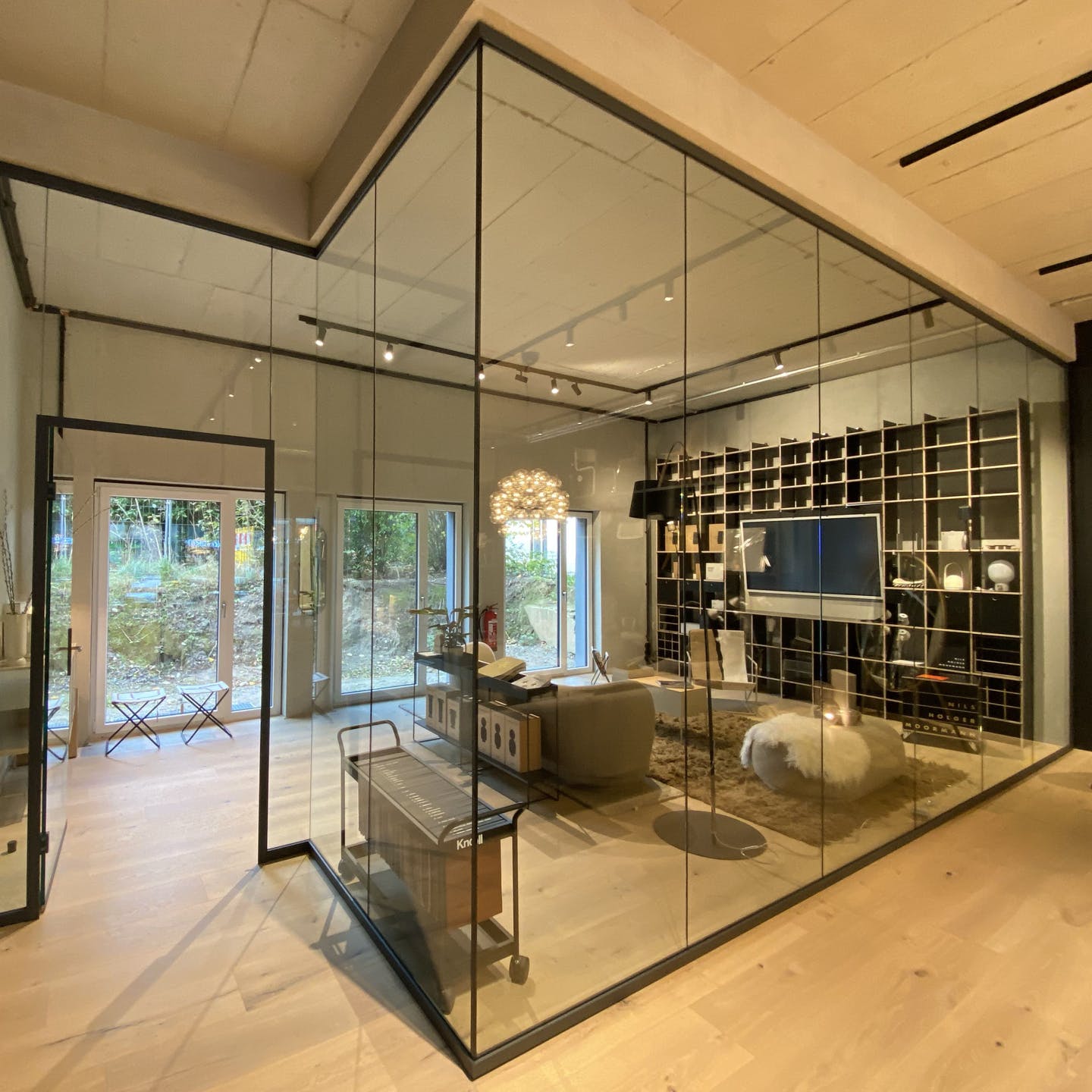 ... in our inner city stores

Contract furnishing is more than simply buying furniture. If a company builds a new headquarter or moves location the question always arises: How do we want to work in order to be successful in the future? In workshops, we, together with all those involved within the client company, question the status of remote work, work-life blending or other working models and how well the corporate culture is adjusted to them. Not least because, we are convinced, without a clear idea of values, motivation and goals, the most expensive office chairs are useless and can never be home for a team. Our specially developed tool in the form of a Compass for successful office interior design filters concrete development potential and the best possible solution for every office design project.
Our project planning combines three competencies: our comprehensive portfolio of high-quality designer furniture, on-site expertise through our networked stores, and many years of project experience. With tnpx we work with internationally experienced project specialists.
REQUEST A CONSULTATION 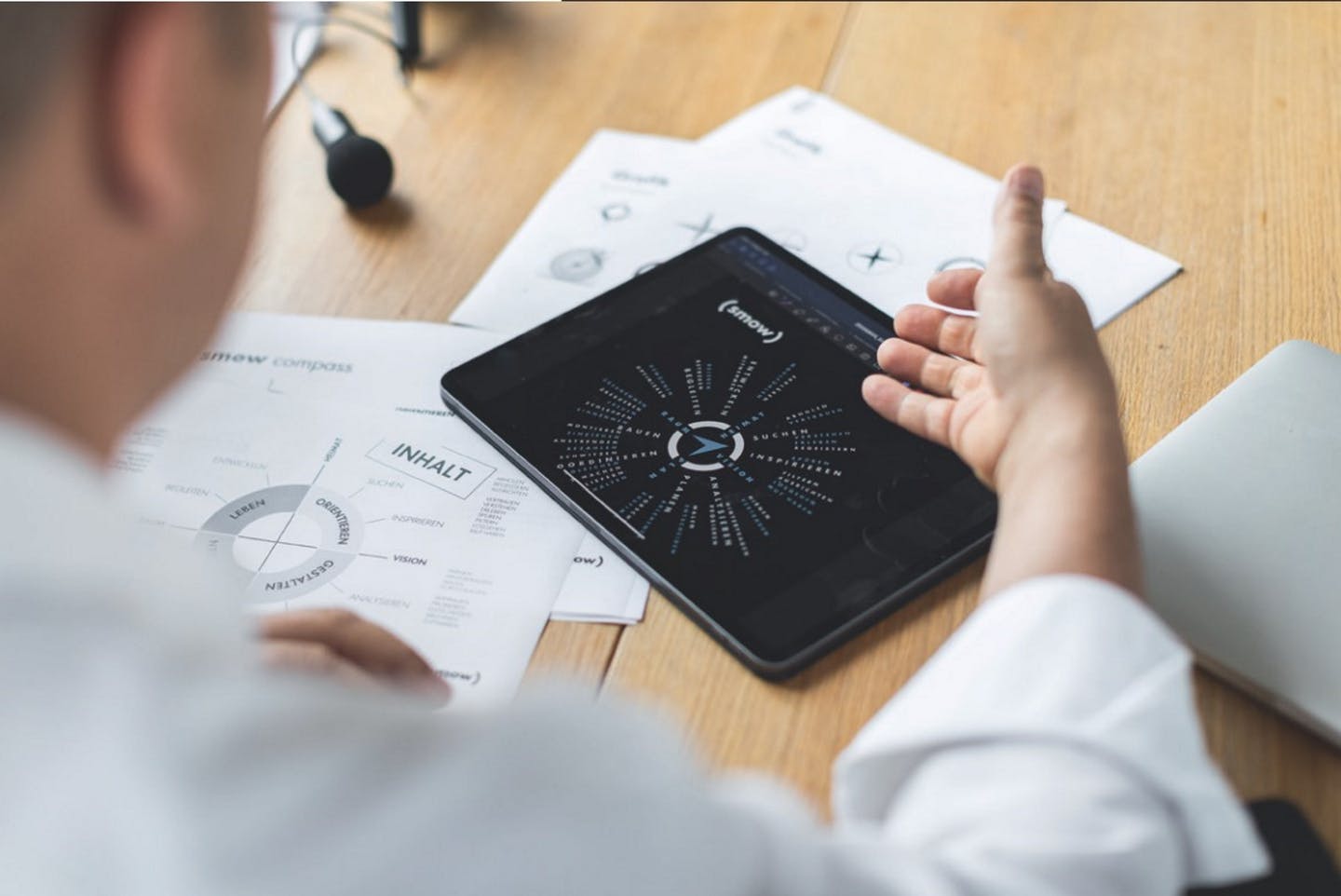 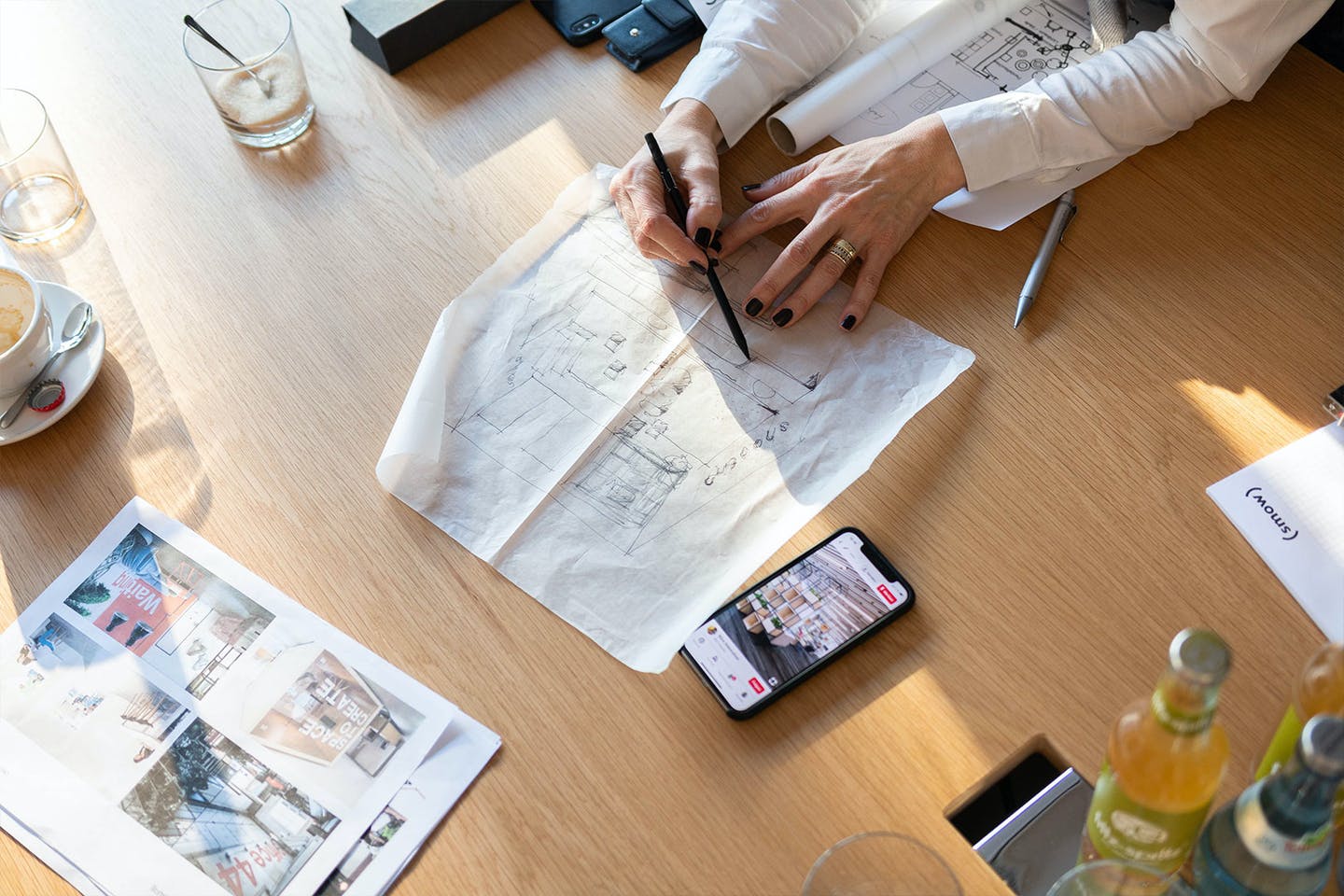 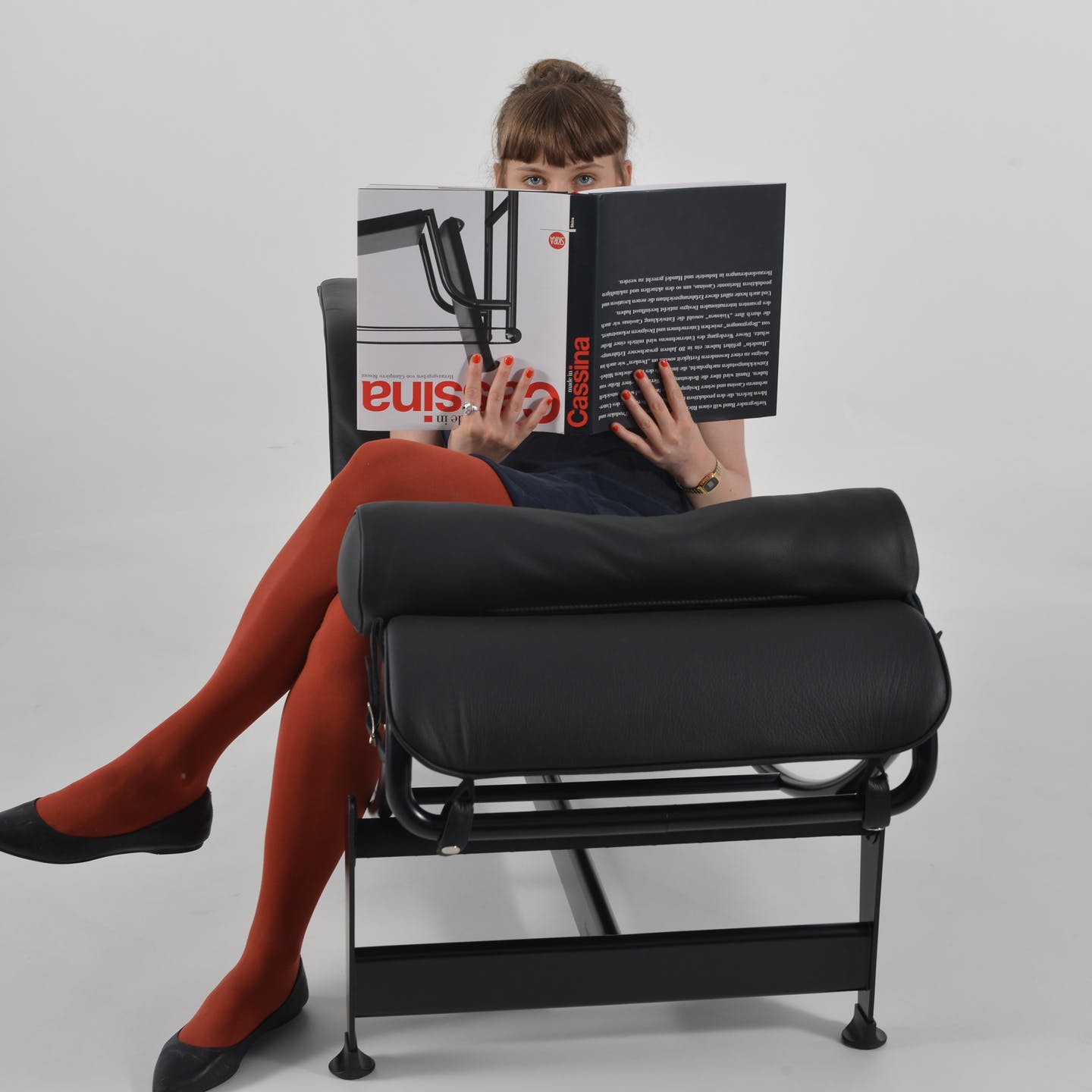 YOU HAVE FURTHER QUESTIONS?