Tecta Meterware Accessories
from 30,00 €
in stock

Tecta was founded in 1956 in the central German town Lauenförde by the architect Hans Könnecke. Largely focussing on producing licensed Bauhaus furniture, the company also develop their own design concepts such as the Tecta B 25 cantilever chairs. The company's particular speciality is the so-called Kragstühle - a special type of cantilever chairs slightly more resilient than the Breuer/Stam cantilever and which provide for a pleasant hold and transfer the individual movements to the entire body. All Tecta furniture is designed to meet the highest requirements of the company's carpentry, upholstery and locksmithing: in-house production enabling the company to precisely follow each individual step and, if necessary, correct it. In addition, the company's regional focus is not only socio-economic, but also environmentally friendly. The company Tecta stands as a synonym for the Bauhaus - but rethought. On the rolling banks of the Weser lies the 3000-inhabitant town of Lauenförde, where for over 40 years the avant-garde of design has come and gone, from Stefan Wewerka over Sergius Ruegenberg to Jean Prouvé and Ati Gropius, the daughter of Bauhaus founder Walter Gropius. Today, the family business is managed by Axel Bruchhäuser and his nephew Christian Drescher, who guide Tecta through its task of preserving and expounding on the best ideas and designs of modernity, just as they were once created at the Bauhaus in Weimar or Dessau. In addition, Tecta drives the desire to think ahead, to improve and adapt to the present time. The company finds new approaches, for example, through innovative materials and production techniques. The manufacture in Lauenförde produces over 30 faithful and licensed Bauhaus re-editions, making the manufacturer Tecta the largest supplier of original Bauhaus models. Today Tecta increasingly works with young architects and designers such as Andree Weißert or Wolfgang Hartauer - and not just in designing new products. Tecta also includes its designers in considerations of architecture in context of company buildings and site, this philosophy was decisively shaped in the 80s and 90s by the architects Alison & Peter Smithson, who created an alliance between the floating buildings and the landscape, and at the same time created the heart of the company: the workshops. At Tecta, the furniture is still made in the traditional way in elaborate handcraft. In order to be able to continue this tradition in the future, it became necessary to create up-to-date production conditions. Over the last two years, the entire factory and offices have been modernized and rebuilt in collaboration with designer and architect Andree Weißert. smow sells exclusively originals from licensed manufacturers and is an official trading partner of Tecta.

More about 'Tecta' in our blog 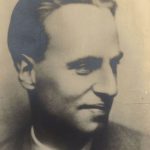 "Wij hebben de nieuwe wereld te scheppen" wrote a, then, 19 year old Mart Stam in 1919.1 "We have to create the new world" And subsequently spent the following decades developing, explaining and demonstrating his understandings of what that meant........ 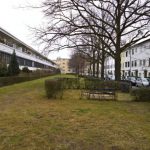 "Beware the Ides of March" Julius Caesar was, allegedly, advised by the soothsayer Spurinna. And he probably wished he had. March 15th seeing his death at the hands of some 60 Senators, a death which led to civil war as opposing forces sought to control... 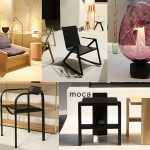 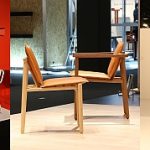 For their now traditional IMM Cologne exhibition Ungers Archiv für Architekturwissenschaft is presenting an exhibition devoted to one of the more interesting characters in the story of German furniture design, Stefan Wewerka. Born in Magdeburg on October 27th...